Over the many years, husband Pieter has made many scientist friends all over the world.
One very special friend was Tadeusz Bukowski from Warsaw, Poland 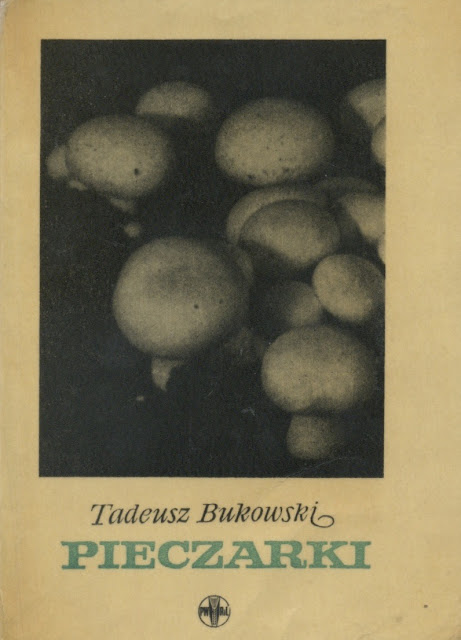 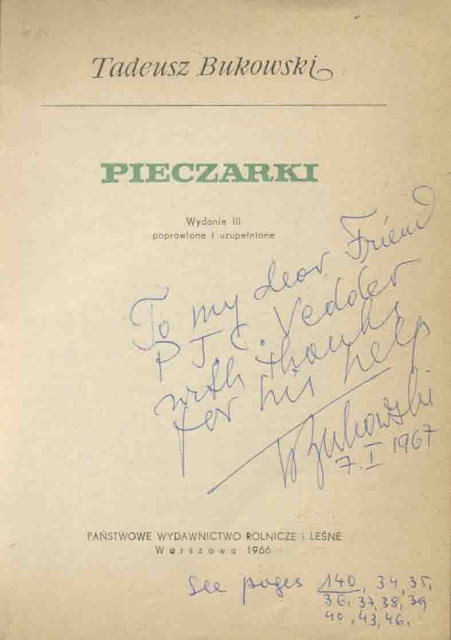 To my dear Friend P.J.C. Vedder with thanks for his help
T. Bukowski, January 7, 1967
This was still during Communism, with all its restrictions for such scientists! 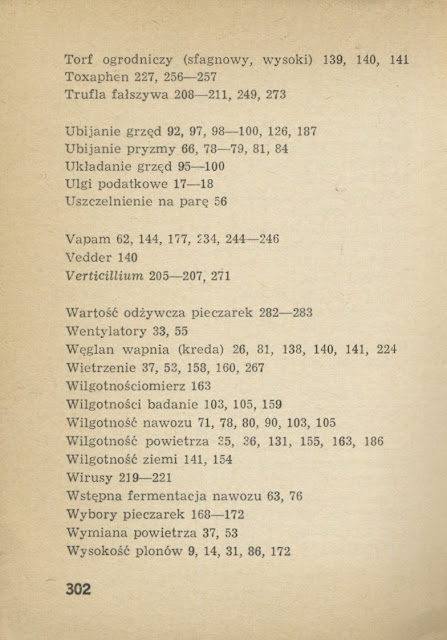 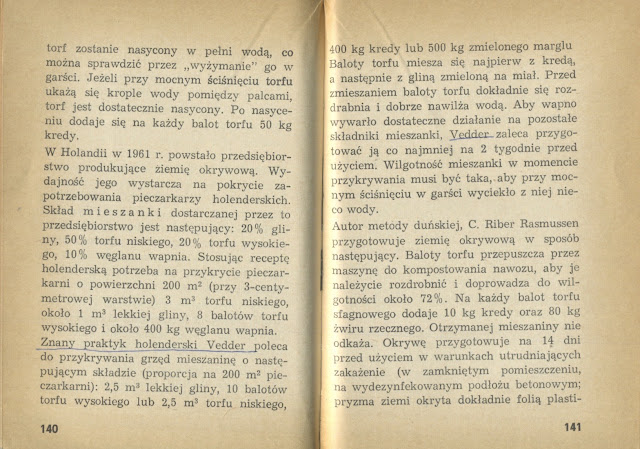 Underlined: Znany praktyk holenderski Vedder... The well-known practical Vedder...
For people, living under Socialism, the simplest form of book publishing/printing was at a very poor level...
Sad to see this, as the work by the writer is equally the same but he/she never could achieve the quality publications as we knew in the West. 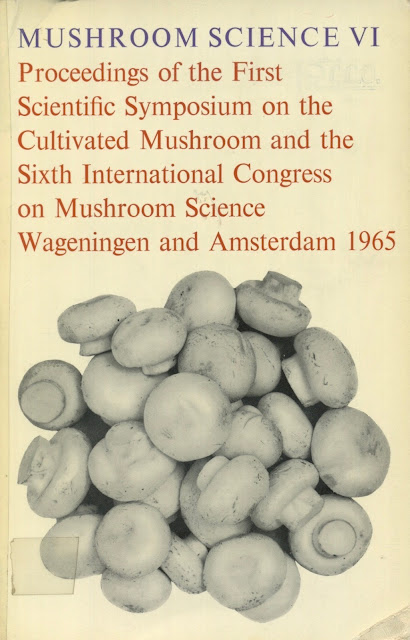 Husband Pieter met him first at the ISMS VI Congress in 1965, in Wageningen and Amsterdam 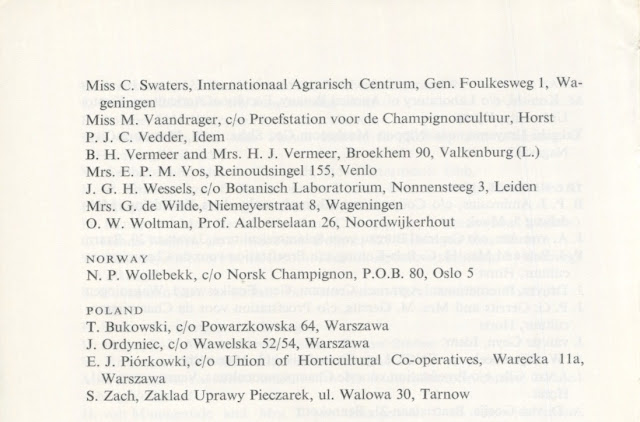 Under POLAND T. Bukowski, is listed right at the top of page 572 in the above book from ISMS VI
The 3rd line is my husband P.J.C. Vedder listed, he then worked still at the Research Center.
~
T. Bukowski did visit husband Pieter's Mushroom Training Center in Horst, The Netherlands.
During one of those visits, right in the corridor when viewing some growing rooms, he got unwell and Pieter could catch him before he passed out.
Pieter went with him to his then primary care doctor van Remundt in Horst.
Turned out he had some heart problems... 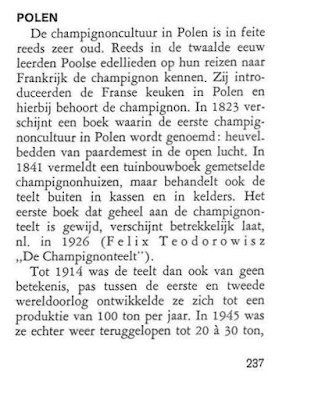 In the 1968-7 edition of the Dutch CHAMPIGNONCULTUUR is Polen mentioned.
Polen is Dutch for Poland. Already in the 12th Century, Polish noblemen got introduced to mushrooms, during their travels to France. They introduced the French cuisine to Poland and with that came the mushroom. In 1824 the first mushroom growing in Poland is being mentioned and also in 1841 in a horticulture book. The 1st book that totally got written about the mushroom growing arrived relatively late in 1926 by Felix Teodorowisz. 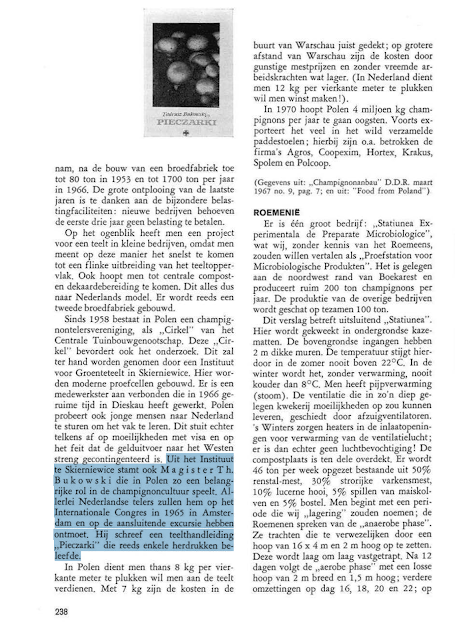 And of course from the Institute in Skierniewice hails also Magister Th. Bukowski who played such an important role in Poland in the growing of mushrooms. A lot of Dutch mushroom growers will have met him at the International Congres in 1965 in Amsterdam during the connecting excursion. He wrote a cultivation manual "Pieczarki" (Mushrooms) which has already had some reprints. 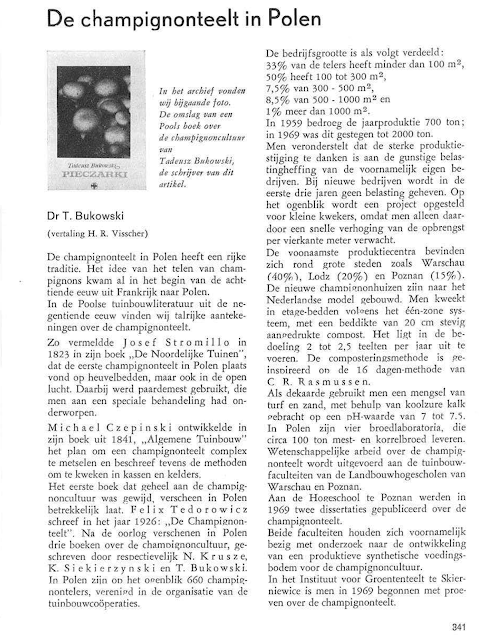 The Dutch Champignoncultuur 1970-10 published the above about Mushroom Growing in Poland.
After the war, three books on mushroom culture were published in Poland, written by N. Krusze, K. Siekierzynski and T. Bukowski respectively. Poland had at the time in 1970, 660 mushroom growers, united in the organization of horticultural cooperatives.
Remember, this still was during Communism! 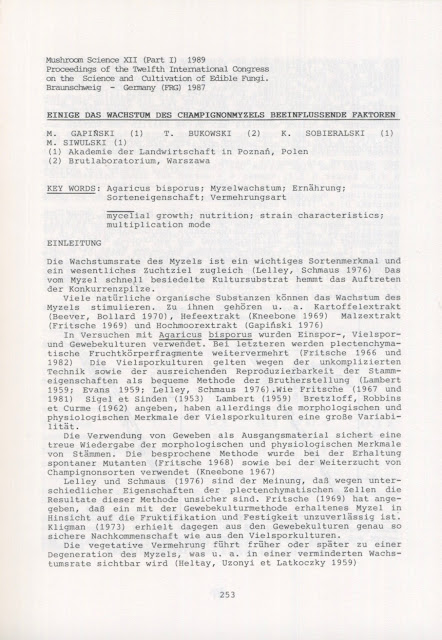 Both of us met Tadeusz Bukowski at the ISMS XII in Braunschweig, Germany in 1987, where he gave a lecture in German, with M. Gapinski, K. Sobieralski and M. Siwulski. 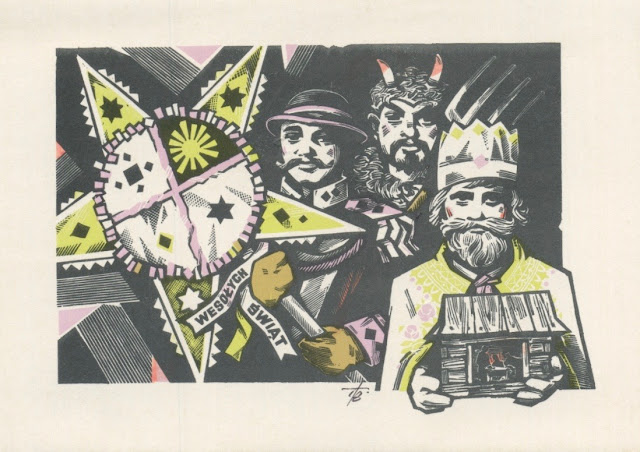 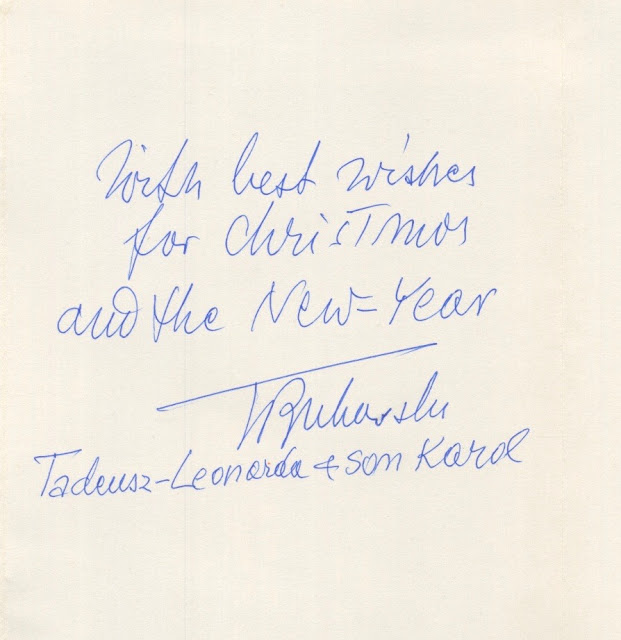 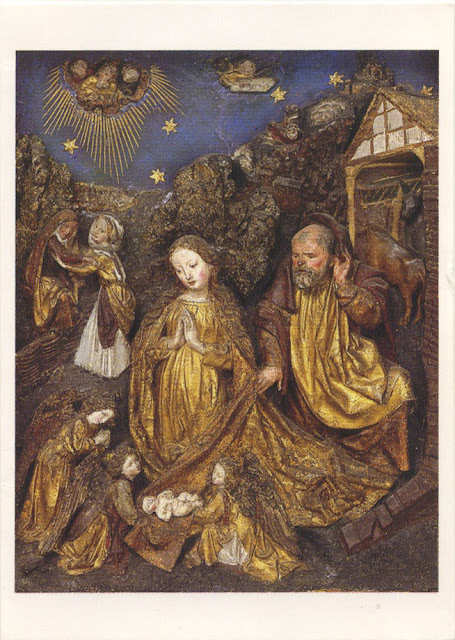 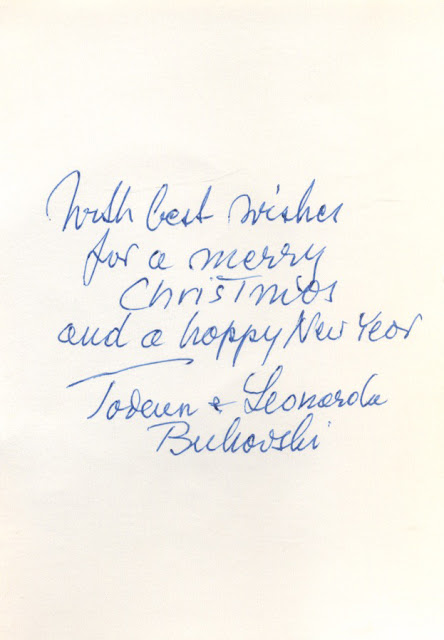 With best wishes for a Merry Christmas and a happy New Year
Tadeusz & Leonarda Bukowski
We both don't know what happened after that...
~
Maybe the Polish mushroom person Krystian Szudyga from Warsaw would know more...?
We last ran into Krystian, in May of 2000, in the train on our way to the XIIth ISMS Congres in Maastricht, The Netherlands.
Krystian Szudyga happened to ride the very same train as we did, and we did chat a little.
Pieter wanted to attend this Congres for seeing one more time many of his scientist friends, before it would be too late... 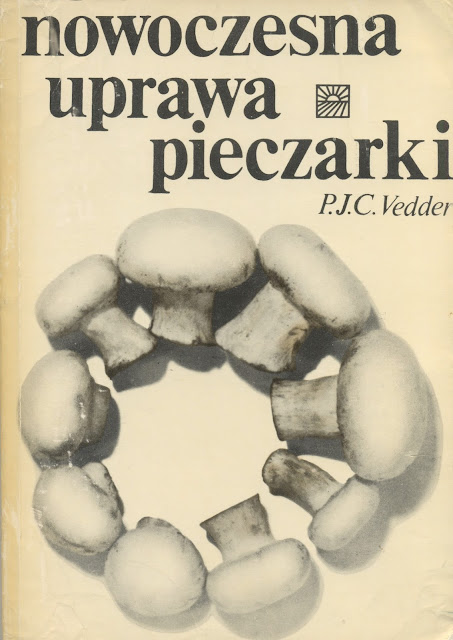 At least, in 1980, Poland also got its own language book about Modern Mushroom Growing by husband P.J.C. Vedder


Related link:
My Most Awkward Moments as Last Minute Substitute Interpreter at ISMS Congress | previous post by me
Posted by Mariette VandenMunckhof-Vedder at 11:11 AM