Today is a very special day as it is the Royal Wedding + my husband Pieter's Birthday!
The latter is a special day because in September things didn't look that good but we both are grateful for having special medical friends who took very well care of both of us. In a previous blog about: {Angels engraved on a lucky calender-coin of 1969} you already saw several photos of Pieter but I have a few more here below... 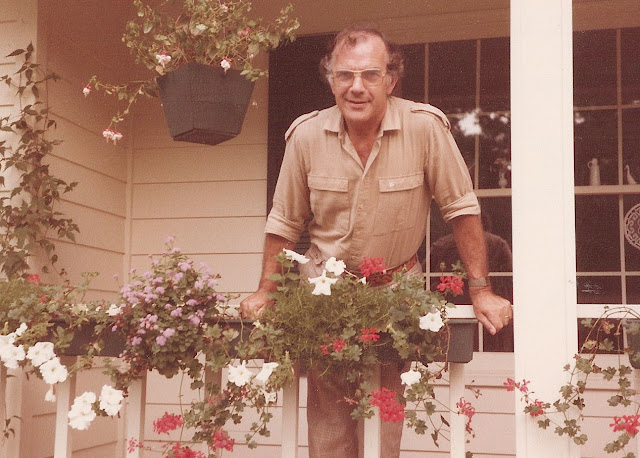 Those 'Austrian trailing geraniums' we had bought as little plants. But how to bring them into the US? Well, what do you do if you WANT something really bad? We had them canned! And once we let them out and nursed them back to full strength, they thrived. Poor things, when they got canned the snippets of the little green that was on them, kept flying off the conveyor belt. What an idea! Complete with mushroom label and all... but no liquid added.
And yes, I did have once a fuchsia plant but they don't last long here with the hot summers. So I gave up on them. This was in the mid 80s in our previous home in Georgia. 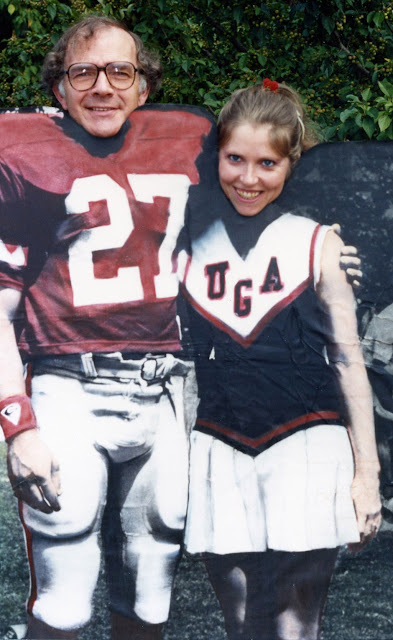 This was in 1986 and now you understand why both of us joined the Fitness Center... We want to get back in shape again! UGA = University of Georgia Football. 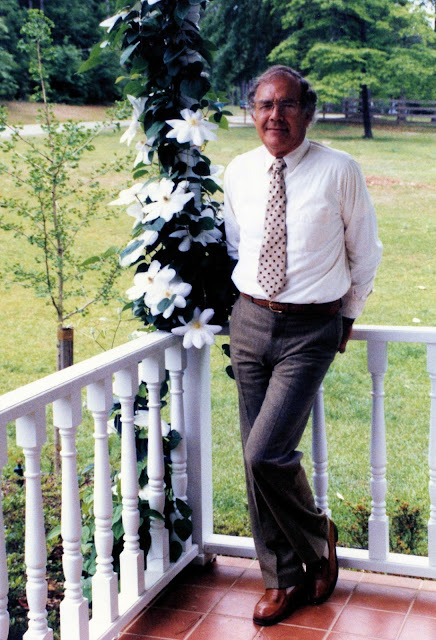 At our present home in the late 90s when our huge Clematis lanuginosa candida was at its showiest. We lost that one, though we still have another. But the good thing is that both of us are still there!!! 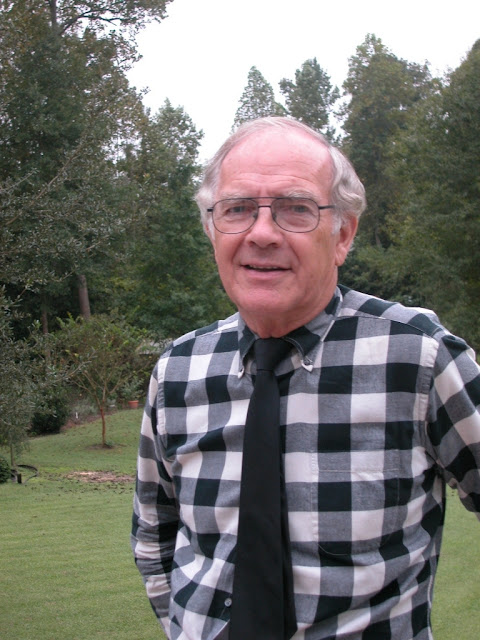 That is the most recent photo where Pieter is on top of our balcony.
Less hair but with a bigger heart that has been mended.
May God give him many more years with me as I do love him more and more...
And now to the Royal Wedding!
Enjoy.

Posted by Mariette VandenMunckhof-Vedder at 3:01 AM