Sorry for being a bit late, but due to a bout of the flu, I only now manage to put something together.
We did go again to the Basilica of the Immaculate Conception in Jacksonville, Florida.
Last year in October we were there also: {St. Maria Goretti came from Italy to 54 US Cities - We got to see her too!}
So we looked at their schedule for Christmas and were in for a surprise... 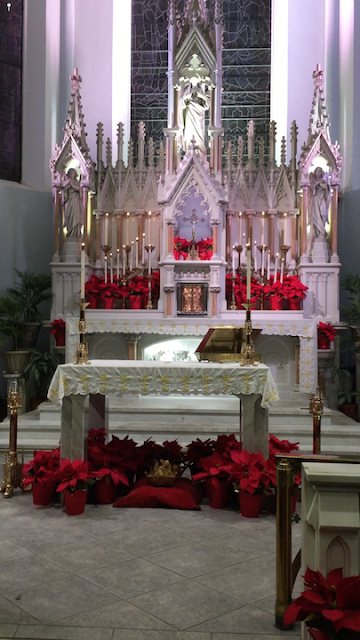 A Solemn Midnight Mass with Members of the Jacksonville Symphony Orchestra...
So we did look up the Hyatt Regency Jacksonville Riverfront and booked us 2 nights there at a great price deal.
Not having family in the U.S.A. and for both of us never having participated in the commercial gift giving, there was nothing that held us back.
Our cat-sitter was available and off we went! 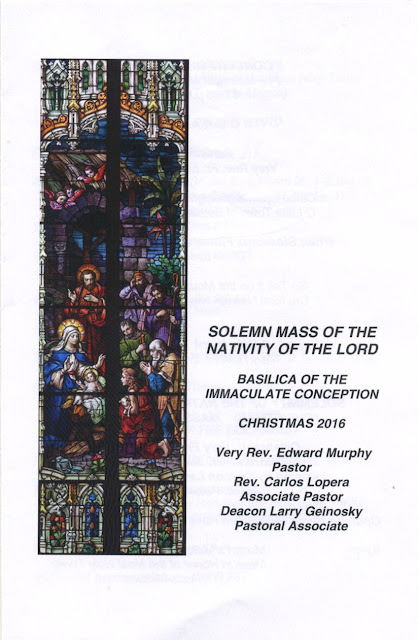 The cover of the bulletin did not reveal the big surprise... 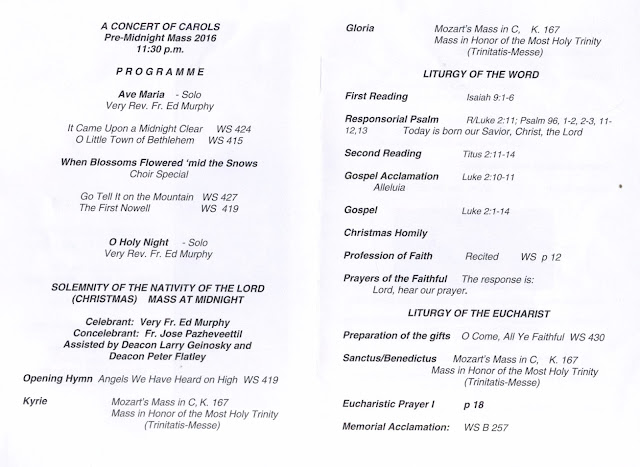 But here it was: Mozart's Mass in C, K 167 which got composed by Wolfgang Amadeus Mozart at the age of 17.
To both of us, this was the most heavenly Mass we ever attended! 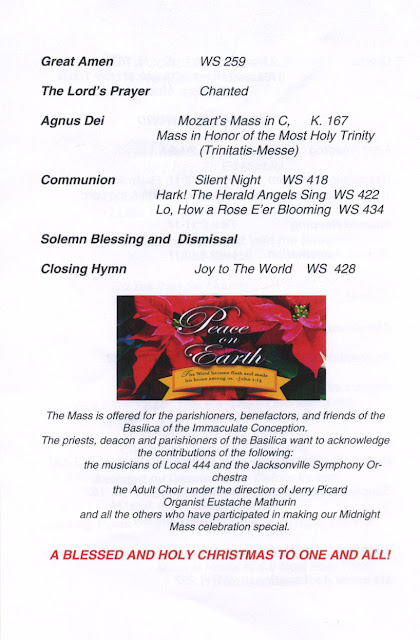 What a perfect Christmas this was for us; in its true meaning!
We did call Dad in The Netherlands, around 2:00 AM our time, he'd just gotten out of bed and sounded very happy and in high spirits, anticipating a special sung Mass by the Horster Mannenkoor in which he actively participated for half a century.

Next we went to bed too with a feeling of satisfaction.
The weather was also perfect, around 25°C.

Hope you all had a wonderful Christmas and without the flu!

Posted by Mariette VandenMunckhof-Vedder at 11:40 AM