For husband Pieter it sure was not the first time to visit a mushroom farm inside the caves, as he would be doing in South-West England.
Pieter did sleep and stay at the home of the manager. Originally in this area were flax growers. 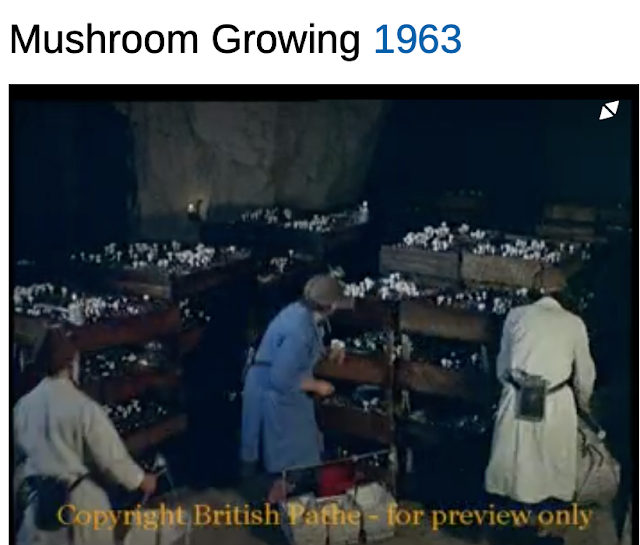 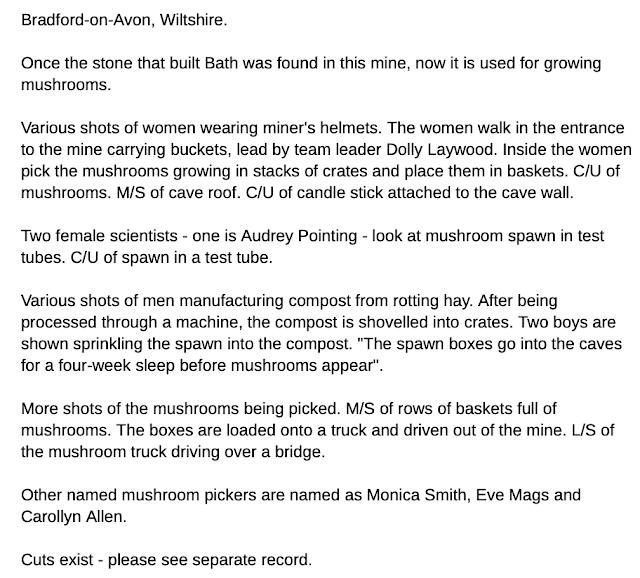 Bradford-on-Avon, Wiltshire.
Once the stone that built Bath was found in this mine, now it is used for growing mushrooms.
Various shots of women wearing miner's helmets. The women walk in the entrance to the mine carrying buckets, lead by team leader Dolly Laywood. Inside, the women pick the mushrooms growing in stacks of trays and place them in baskets. C/U of mushrooms. M/S of cave roof. C/U of candle stick attached to the cave wall.
These Marl Caves consisted of soft stone, that was sawn out for building cities! 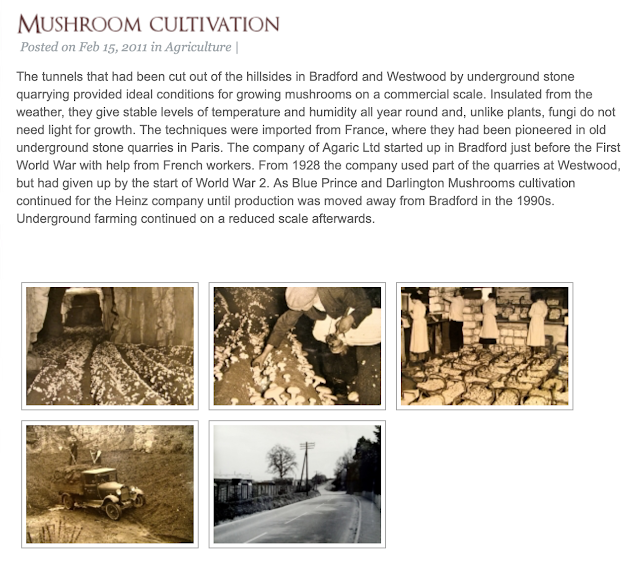 Bradford-on-Avon Museum shows MUSHROOM CULTIVATION just click it.
Photos with the beds on the ground must be from before WWII era as they were growing already inside wooden trays by the time husband Pieter visited them. 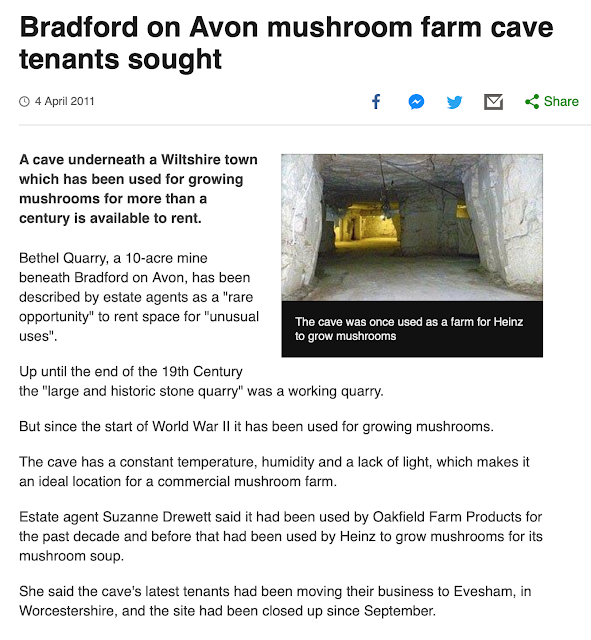 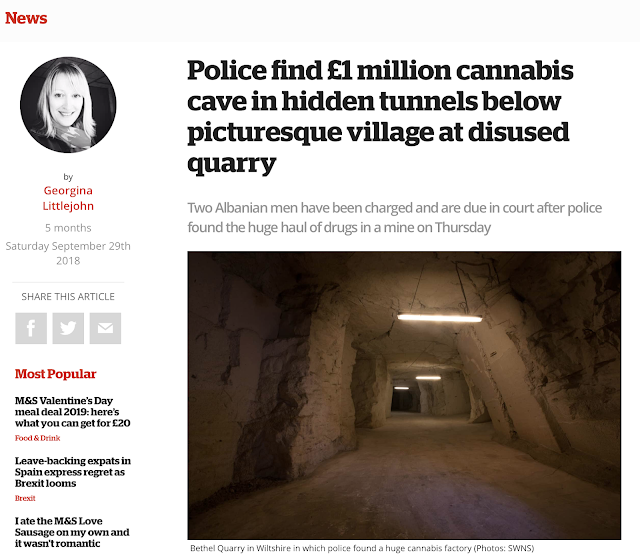 So that was quite a change from quarry to commercial mushroom growing and into cannabis...

WHO would have guessed this at the time that husband Pieter visited?!

Thanks for reading along about husband Pieter's history in mushroom cultivation.