{Margraten - Netherlands American Cemetery and Memorial in my Province of Limburg}

For Memorial Day 2013, I like to show you some special photos, taken by my brother Martin Van den Munckhof at the Netherlands American Cemetery and Memorial in Margraten, Limburg; my Province of birth. My brother did search for a grave from a soldier that came from Georgia since we now are living in his state. It is ironical to view this... An American who liberated my country and is buried in Dutch soil, in the Province where I was born and now we live as American Citizens in HIS State of Georgia... 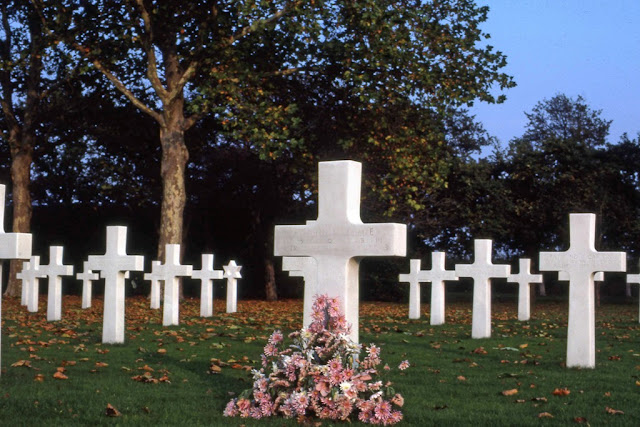 Most graves have been adopted by Dutch Citizens. 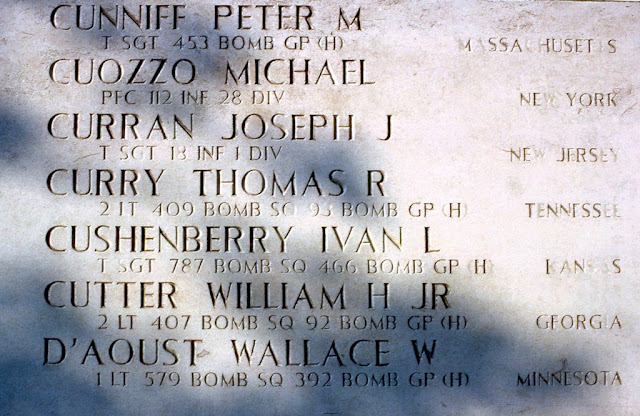 CUTTER WILLIAM H JR - Second Lieutenant from Bibbs County, Georgia...
Found this information at the site of: National WWII Memorial and by typing his (or any) name in Search the Registry I found his info.
It is because of these brave men and women that we can live in PEACE! 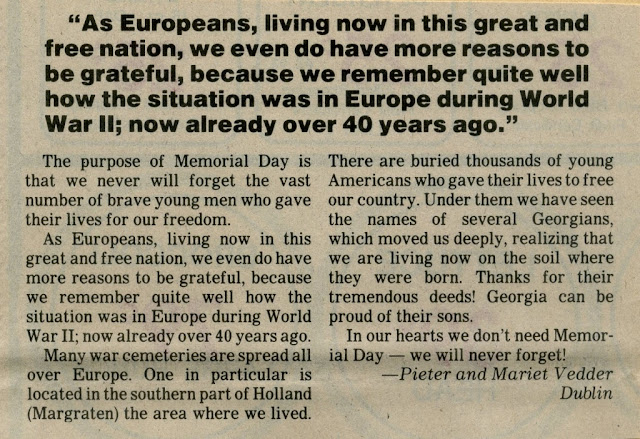 For Memorial Day 1987 Pieter and I did write this for our local newspaper.
Excerpt: 'Under them we have seen the names of several Georgians, which moved us deeply, realizing that we are living now on the soil where they were born. Thanks for their tremendous deeds! Georgia can be proud of their sons. (Of course, that also includes all other States that served!).
'In our hearts we don't need Memorial Day — we will never forget!' 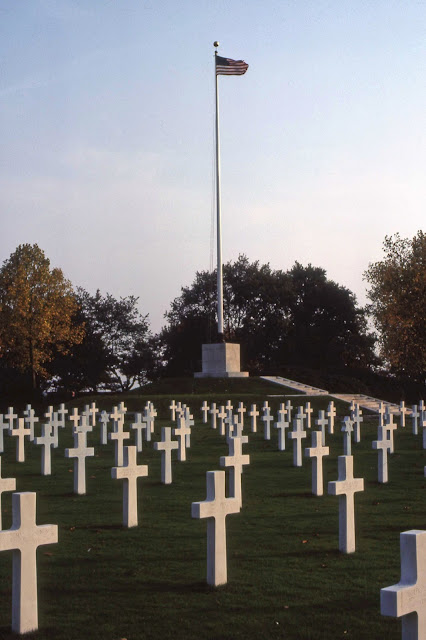 The American flag on Dutch soil...
At the time these soldiers got buried in the little town of Margraten, only about 1,200 people were living there. Hard to imagine that over 23,000 soldiers were buried there in the best soil of the village.
More than 11,000 soldiers were brought back to the United States and 8,300 stayed in Margraten.
You can read all info from the link at the top, just click on CEMETERY. 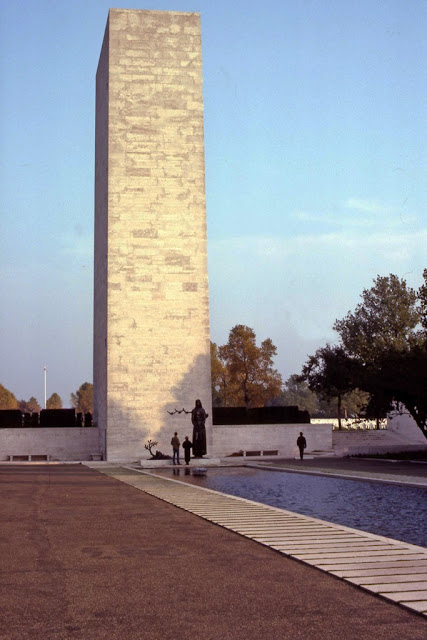 The mourning figure, representing the grieving Mother of her lost son, the doves, the new shoot from the war destroyed tree (seen to the left) make for a great grouping and speaks for itself. 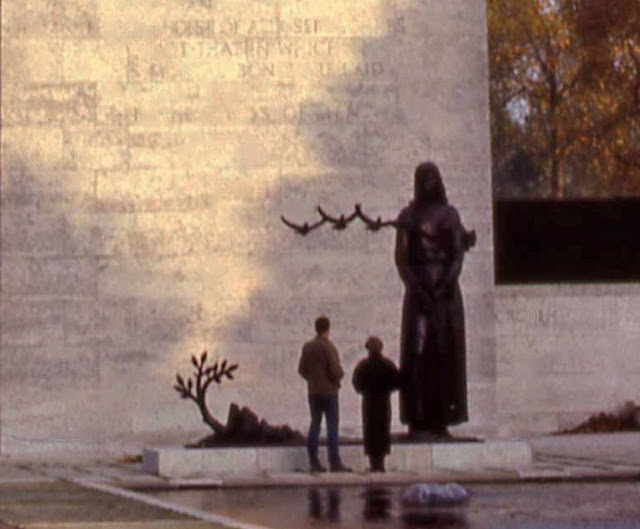 Striking art work in bronze and the raw emotions are very well worked out by Joseph Kiselewski, of New York City and cast in Milan by the Battaglia foundries.
On Sunday May 8 of 2005, Queen Beatrix received President George W. Bush who did visit Margraten in memory of the 60th Liberation anniversary. 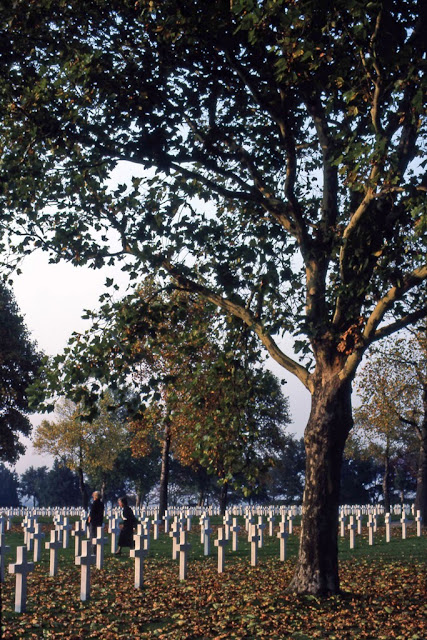 Covering 65.5 acres (or 26.5 hectares) with row after row of crosses and Jewish stars. 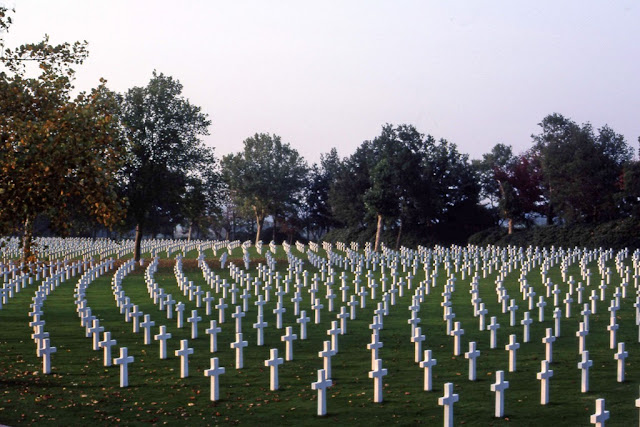 It makes one quiet; very quiet that is...
Like in husband Pieter's personal story: FREEDOM HAS ITS PRICE (link is below post), this becomes very obvious. 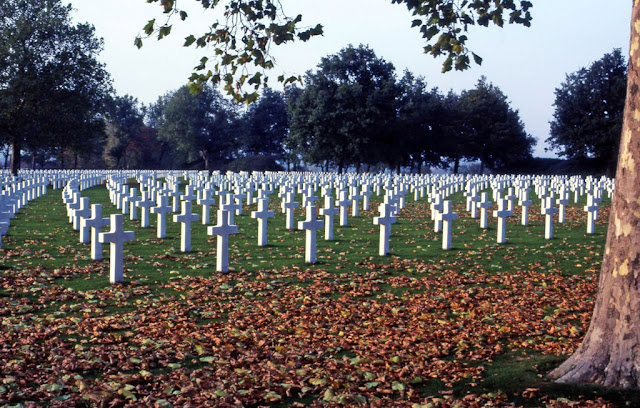 May we NEVER FORGET! 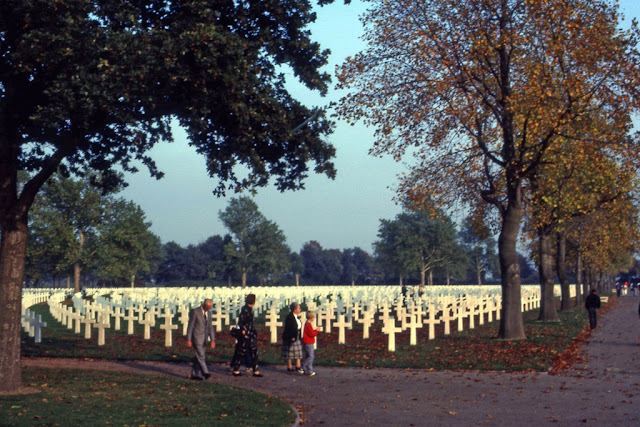 So glad I have scanned these old slides! Now they are digital; finally I could share them with you...
Thanks for visiting!

Related links:
{A Heart of Gold - Great Memorial Day Story} | previous post by me
{MEMORIAL DAY - FREEDOM HAS ITS PRICE} | previous post by me about husband Pieter's personal story
12½ jaar L1 - Amerikaanse president in Limburg | President George W. Bush visits Margraten on May, 8 in 2005. He did stay at the Château Hotel, St. Gerlach and was very complimentary towards the Staff. Proud of my Province of birth; Limburg!
President Honors and Commemorates Veterans in the Netherlands - Margraten, The Netherlands | From White House Archives May 8, 2005

Posted by Mariette VandenMunckhof-Vedder at 6:26 PM