On August 28, when we went on the sight seeing tour with OnBoard Tours in New York City, the very first stop was at Strawberry Fields in Central Park! 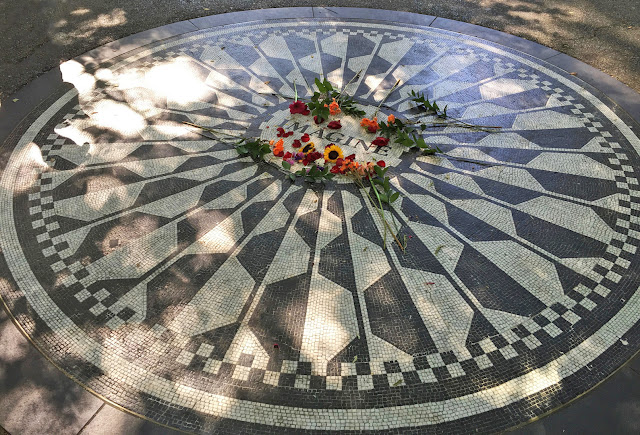 Beautiful black-and-white Mosaic was created by Italian craftsmen and given as a gift by the city of Naples.
Based on a Greco-Roman design, it bears the word of another of Lennon's songs: Imagine.
It was a warm and sunny day as you can see from the shade. 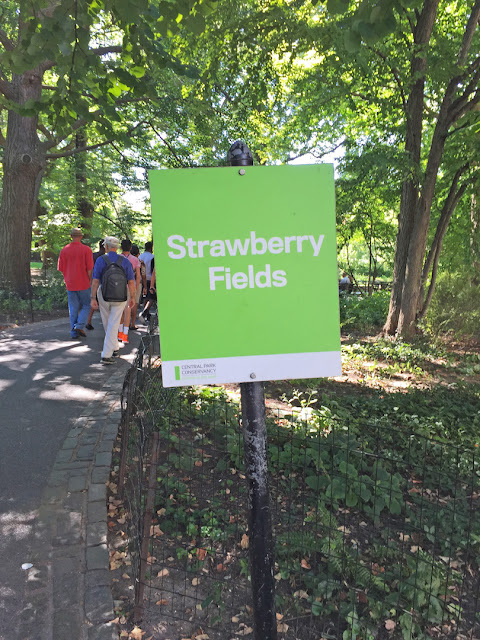 Here husband Pieter walks to the left of the sign Strawberry Fields... 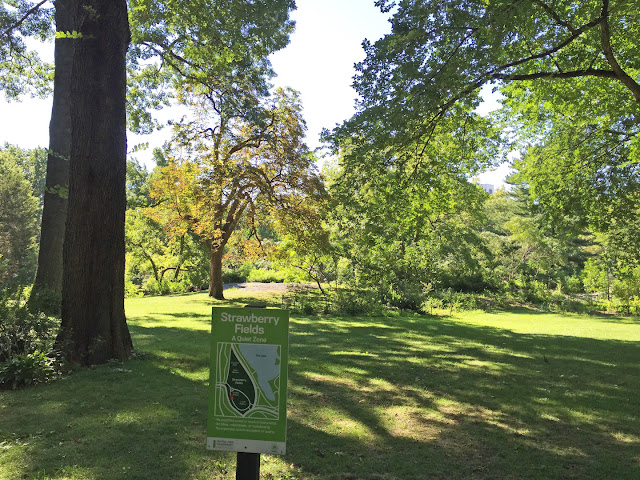 Both of us were so impressed with the sight, size and cleanliness of Central Park and would have loved to walk there and bike... 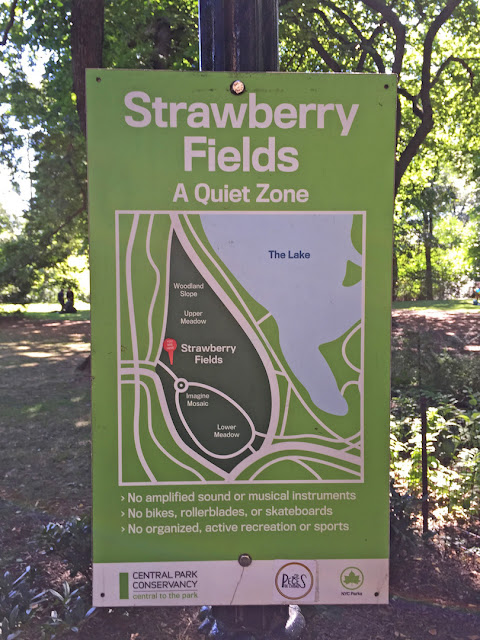 Very touching...
Yes John Lennon from The Beatles is being remembered in a beautiful area and his widow, Yoko Ono still lives across from Strawberry Fields in the Dakota apartment. 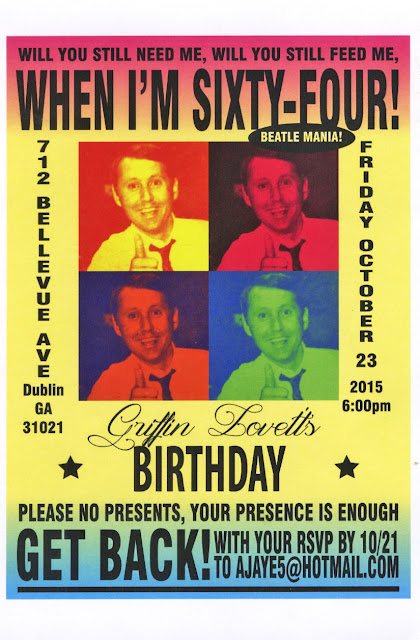 Our dear Dublin Friend Griffin Lovett turned 64 and instead of celebrating big at age 65; his kids organized a big party at age 64.
Him being such a Beatle fan, this was perfect! 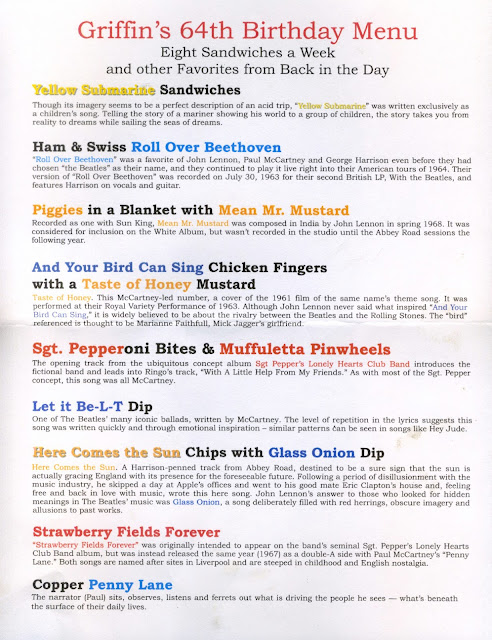 The Food Buffet was all done according to Beatle song titles...
Lots of work and very well chosen! 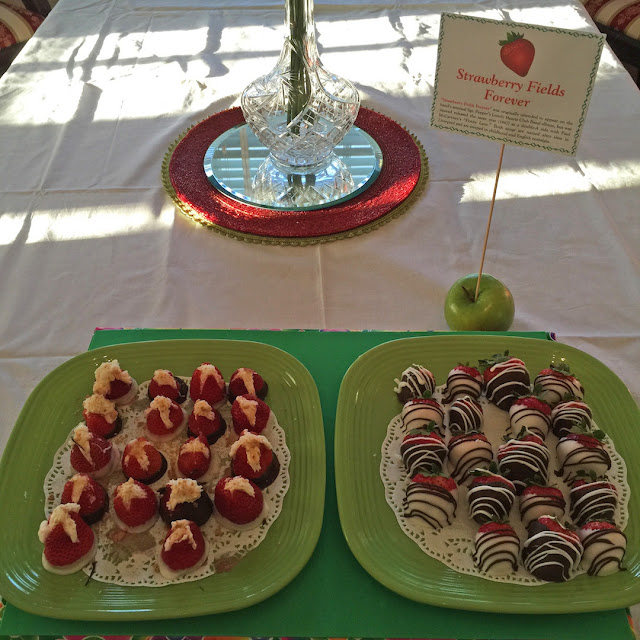 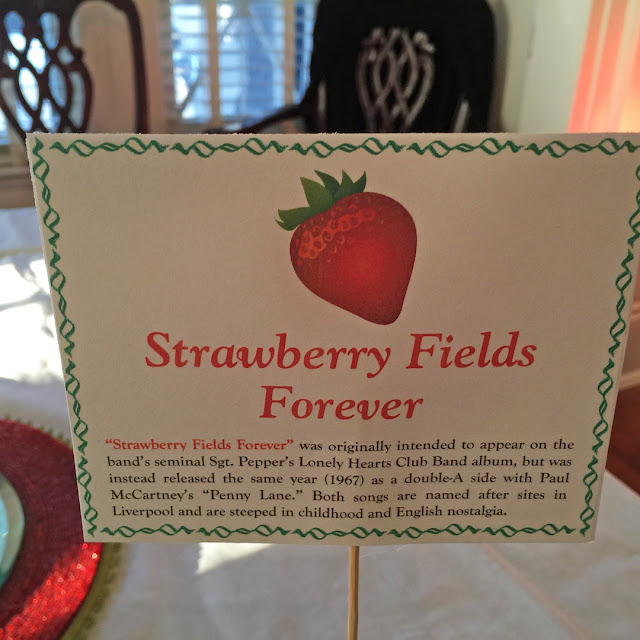 Strawberry Fields Forever
'Strawberry Fields Forever' was originally intended to appear on the band's seminal Sgt. Pepper's Lonely Hearts Club Band album, but was instead released the same year (1967) as a double-A side with Paul McCartney's 'Penny Lane'. Both songs are named after sites in Liverpool and are steeped in childhood and English nostalgia. 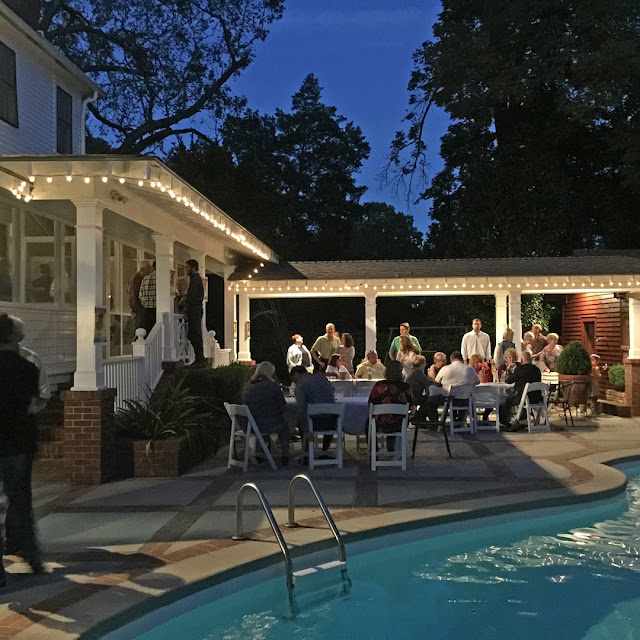 It was a lovely evening on Friday, October 24 and the ending of a perfectly sunny day with 29°C or 84°F
Here you see only a section of their back yard with pool and part of the back porch.
They live in a majestic Gone With the Wind style home where they easily can host a a large group of friends inside and outside.

It is pure bliss for living here in the South!
Also we treasure this long friendship of 32+ years...

Posted by Mariette VandenMunckhof-Vedder at 6:57 PM