In my previous XVI posts I did show you the beauty of South Africa, which we were fortunate to experience.

Just like my earlier post about Kashmir, where only husband Pieter did visit, {Shocking, Tragic and Horrible untold story of Kashmiri Hindus} it does affect us in a major way for knowing the untold story of South Africa's GENOCIDE against the white people.
Both of us actually WORKED and interacted with the people and that is quite different from being a TOURIST!
That gives you insight through the contact you have with the real people.
No cover up by the liberal Main Stream Media reporter... 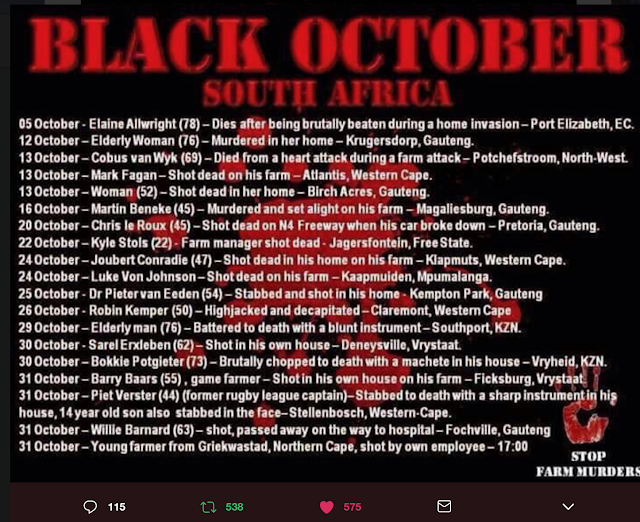 A very sad fact is that over the October month in 2017, there were 18, mainly Dutch named farmers killed in South Africa.
This is from Thierry Baudet's Twitter account, a Dutch politician, writer and historicus and one of the FEW that speak out on behalf of those murdered! 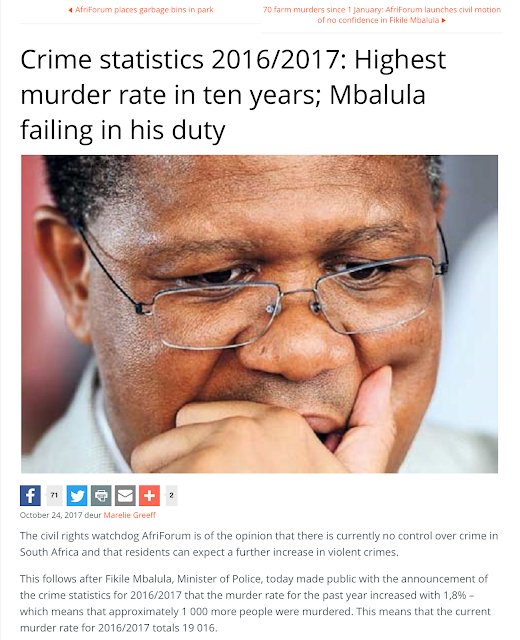 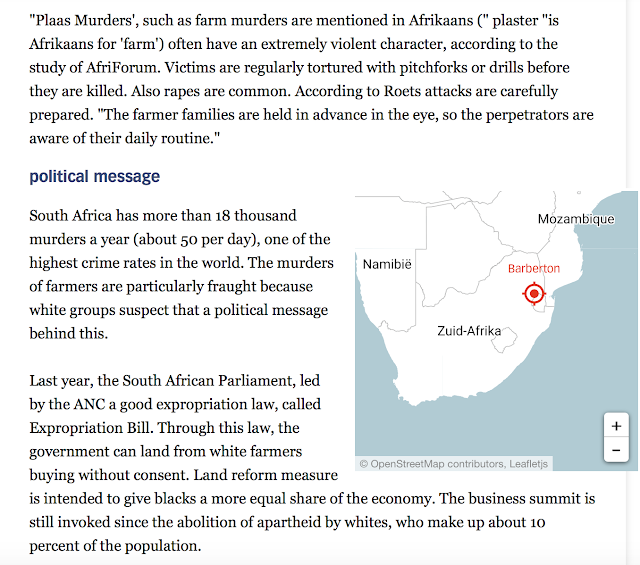 Murder rate on white farmers rises: about why - South Africa is divided.
Screenshot above is translated segment of the above Dutch Volkskrant article, by Safari, into English.
Husband Pieter and I have lived and worked in Indonesia and there, I also followed the entire trial of Winnie Madikizela Mandela and that was most shocking!
Doubt if the liberal MSM did show all that to the western world as well.
This was in Bahasa Indonesia, not easy but I did manage. That's how you really LEARN!
How people have suffered and how things get covered up.
Both of the Mandelas have blood on their hands! 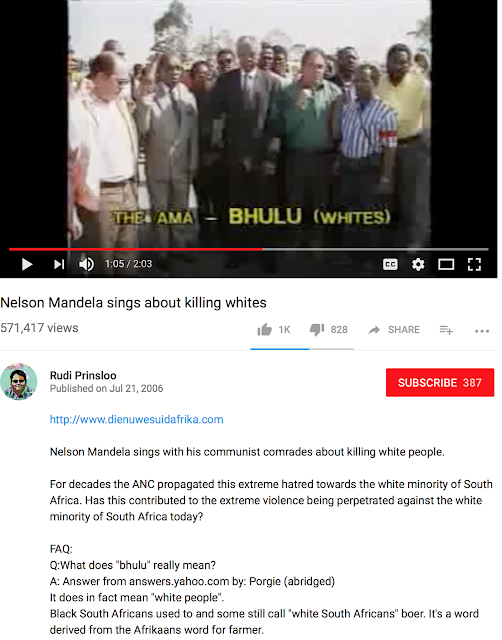 Early on Nelson Mandela was singing about killing whites click for video. 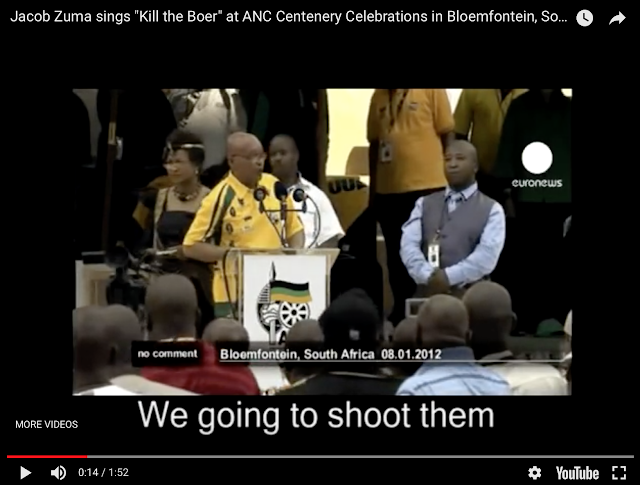 Jacob Zuma sings "Kill the Boer" at ANC Centenery Celebrations in Bloemfontein, South Africa click for video. Also here.
"Saint" Mandela? Not So Fast! click for story. Chilling video footage above, of Mandela singing the ANC/MK genocide song about killing whites is NOT a saint-like image...
Those Mandela/Zuma genocide endorsements have caused already thousands of deaths. 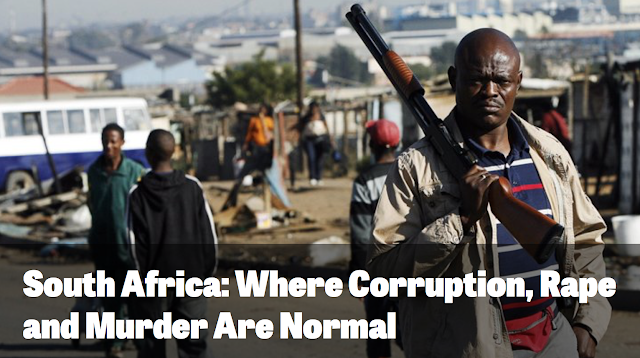 South Africa: Where Corruption, Rape and Murder Are Normal... is what Mandela/Zuma and their ANC have yielded! 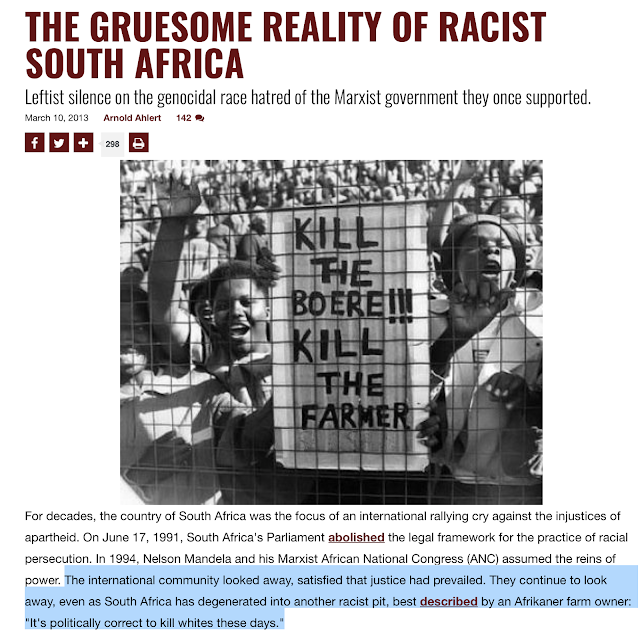 THE GRUESOME REALITY OF RACIST SOUTH AFRICA
KILL THE BOERE!!!
KILL THE FARMER
Leftist silence on the genocidal race hatred of the Marxist government they once supported.
The international community looked away, satisfied that justice had prevailed. They continue to look away, even as South Africa has degenerated into another racist pit, best described by an Afrikaner farm owner: "It's politically correct to kill whites these days."
While we lived and worked in Indonesia in the 1990s, we so many times have listened to the Dutch World Radio and the horror stories of those Dutch Farmers in South Africa, and some British too.
Helping each other out by using radio to signal that they need help when being attacked and often brutally murdered.
And the world remained SILENT and still!
Some brave people do blog about these barbaric atrocities, to let the world know.
NO MSM is ever covering this!!!
Yes, it breaks our hearts knowing how this once so beautiful country is going down after more than 350 years. 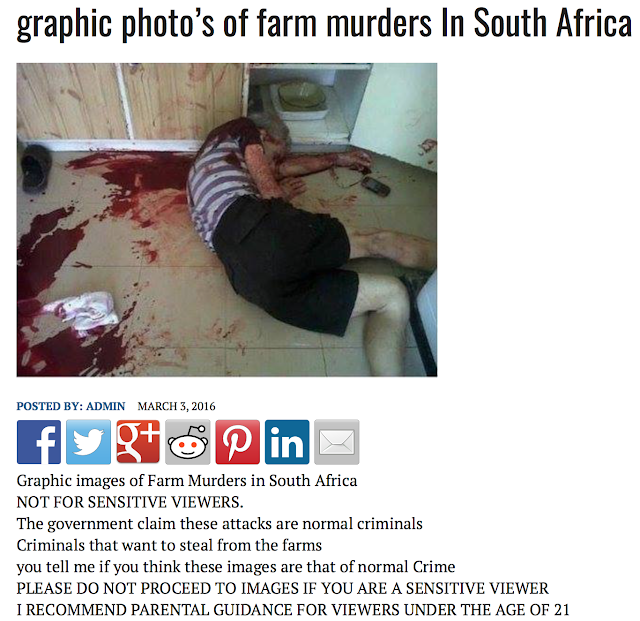 Click for: Graphic images of Farm Murders in South Africa
NOT FOR SENSITIVE VIEWERS.
The government claim these attacks are normal criminals
Criminals that want to steal from the farms 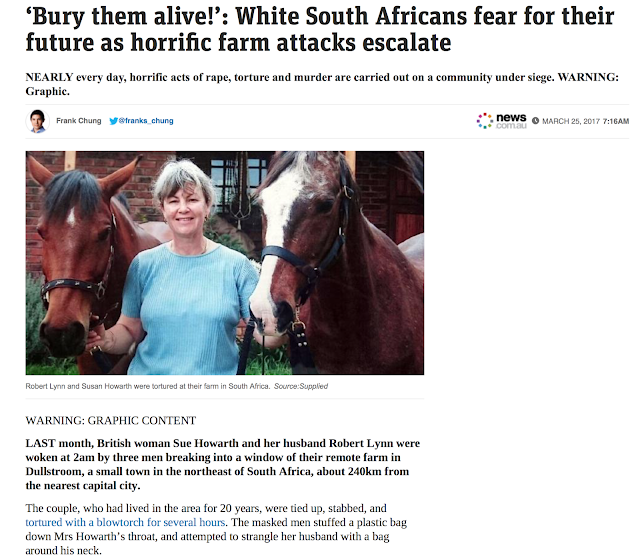 'Bury them alive!': White South Africans fear for their future as horrific farm attacks escalate click on link
Nearly every day, horrific acts of rape, torture and murder are carried out on a community under siege. WARNING: Graphic


SOUTH AFRICAN White Squatter Camps click for horrific video, showing you how the poor whites live because they are refused any support from the government...


On January 8: Tourist in Noordhook stabbed with sharp object from South Africa Today - even Cape Town is no longer human friendly! 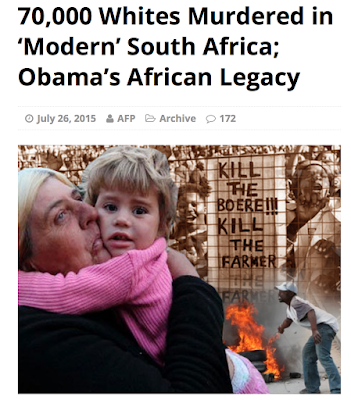 70,000 Whites Murdered in 'Modern' South Africa; Obama's African Legacy just click on link to see the reality since power has changed to the ANC. 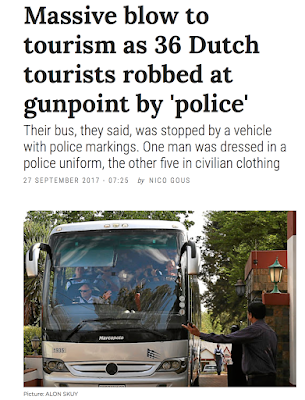 Just as recent as September, 2017 Massive blow to tourism as 36 Dutch tourists robbed at gunpoint by 'police'  - Within 49 hours of their arrival!

Young Canadian Lauren Southern is speaking out about South Africa - Why White People? and daring to say that it is not talked about in the international press... 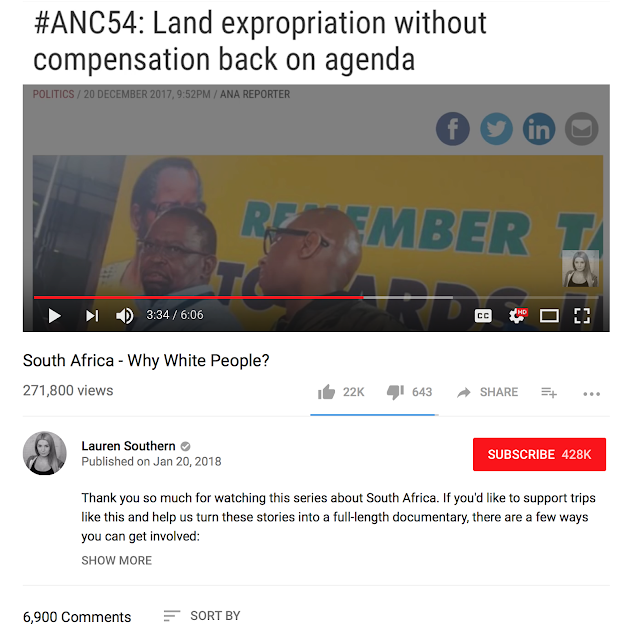 South Africa - Why White People? Published on Jan 20, 2018
Click on hyperlink to video. 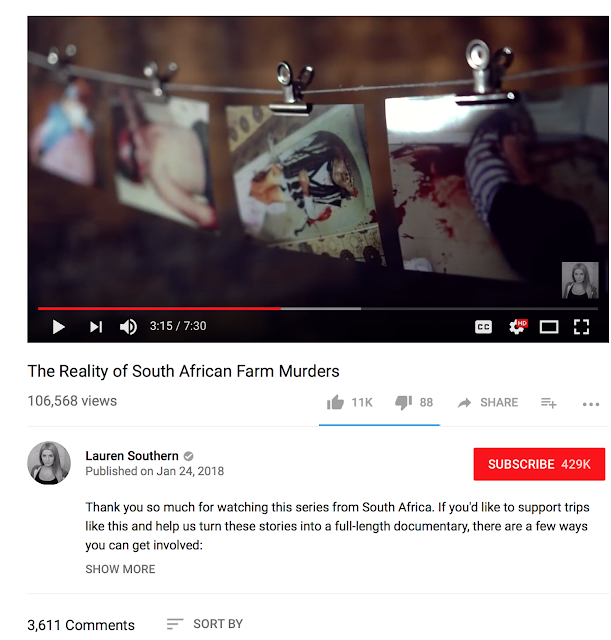 The Reality of South African Farm Murders just published on Jan 24, 2018 by this brave Canadian journalist...


Thank you for your visit and please keep these White Farmers in South Africa in your prayers and may the word come out on behalf of those that no longer have a voice...