My Pieter is SO LUCKY for having viewed Mt. St. Helen Before its BIG Eruption

Pieter always told me the story about how Campbell Soup invited him to fly to the USA and for evaluating a mushroom farm in Washington...
So, Pieter agreed, to flying across the Atlantic on Good Friday, April 4, 1980.
Little did he know that Washington was the STATE Washington, all the way to the West!
So upon arriving in Philadelphia, he next flew there early April in the Campbell Company Jet... 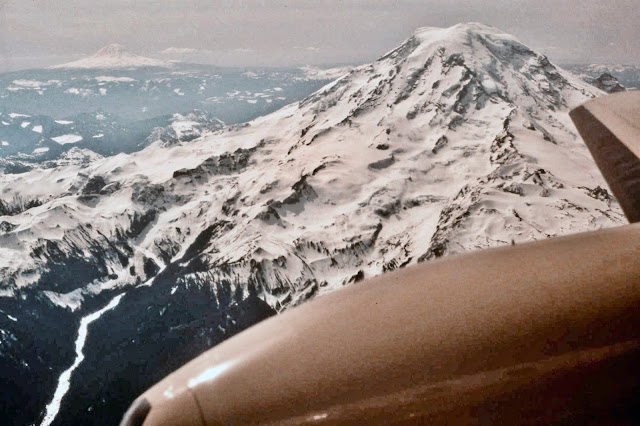 Due to some eruption on March 27, 1980 the pilot had to fly around it, avoiding being over it and sucking up some of the volcanic particles still in the air.
Here is the once majestic Mount Saint Helen with its peak still at 9,677 feet or 2,449 meter.
In the back to the left you can see Mount Rainier with its 14,410 feet or 4,392 m, the highest in the Cascade Mountain Range.
Both are a Stratovolcano, just as we know them from Indonesia.
On May 18, 1980 it caused one of the greatest volcanic explosions ever recorded in North America...
Some 57 people lost their lives. 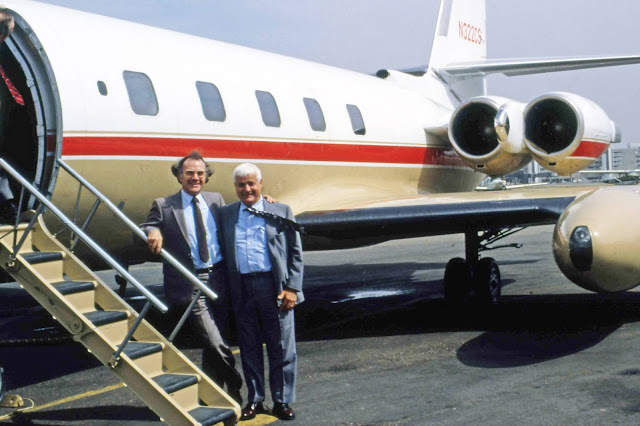 Campbell Soup always has had a company jet for being able to reach its approx. 90 plants across the entire USA.
Here Pieter stands with Campbell colleague Ben Penturelli in Minneapolis/St. Paul where they made a stop. 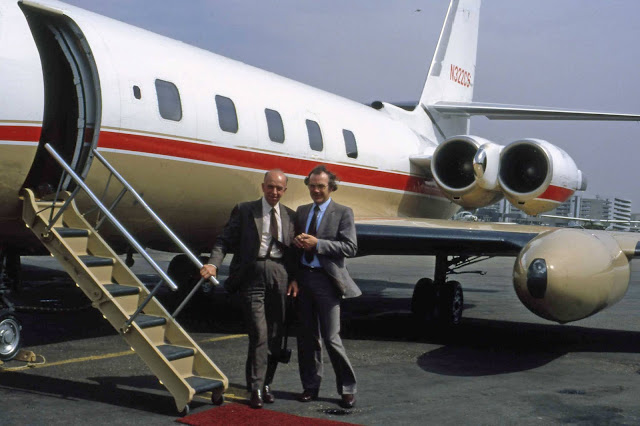 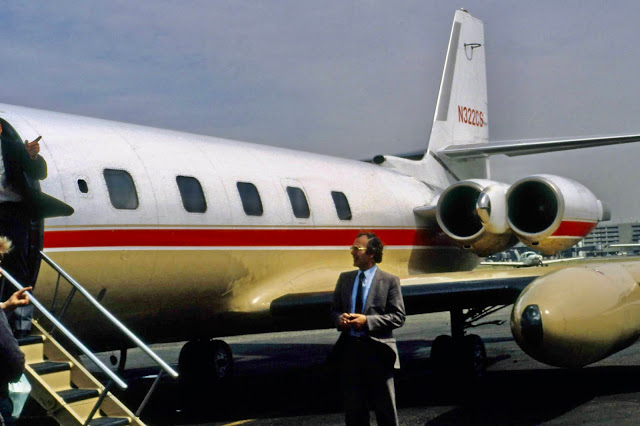 Yep, from Philadelphia all the way to Seattle, in the State Washington. 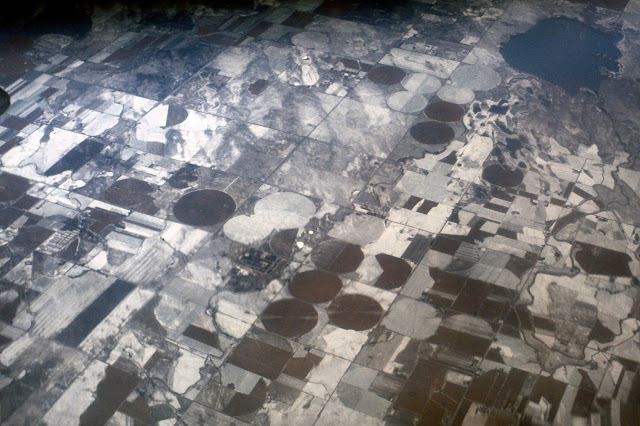 It was quite fascinating for seeing all those circles where huge crop irrigation sprinklers turn around. 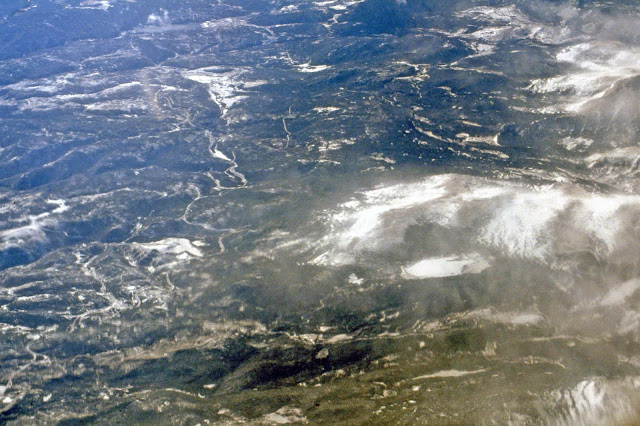 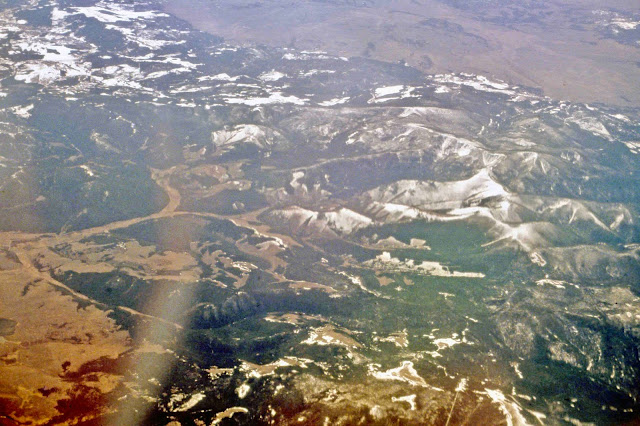 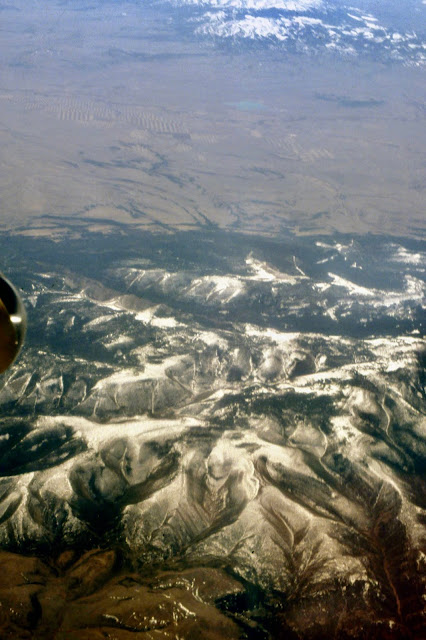 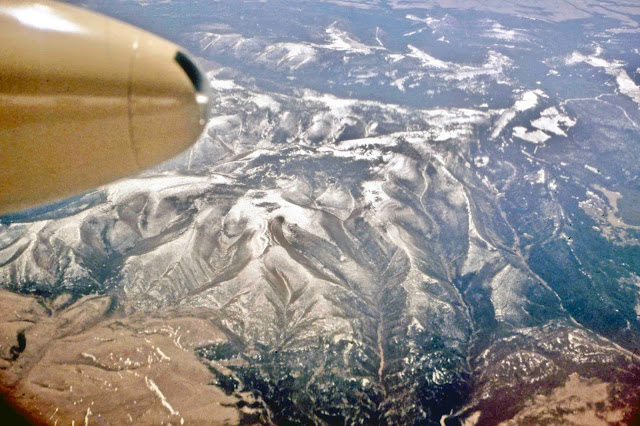 Quite a thrill on such a private jet!
The pilots circled around Mount Saint Helen due to its activity since March 27, see first photo for its view. 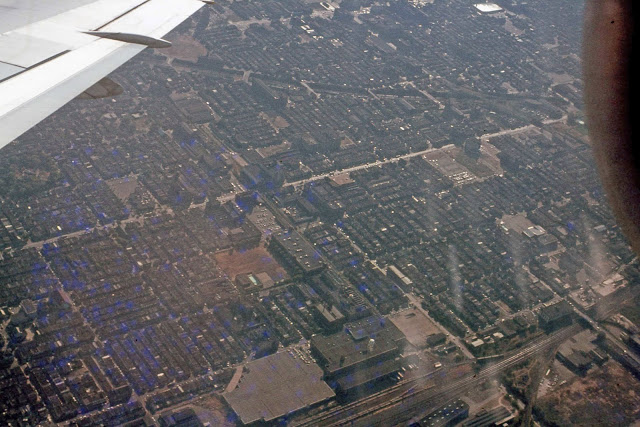 Overview of a residential area of San Francisco, California 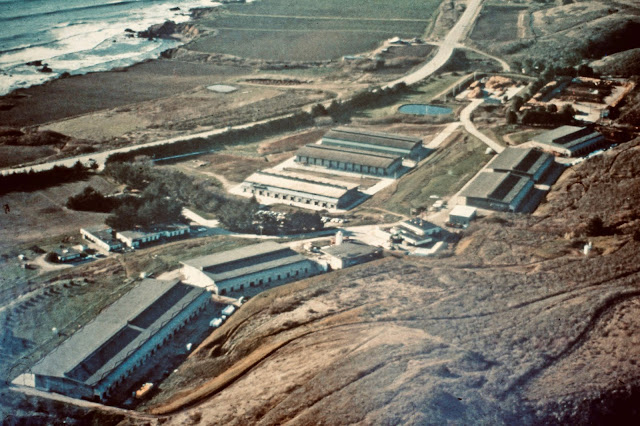 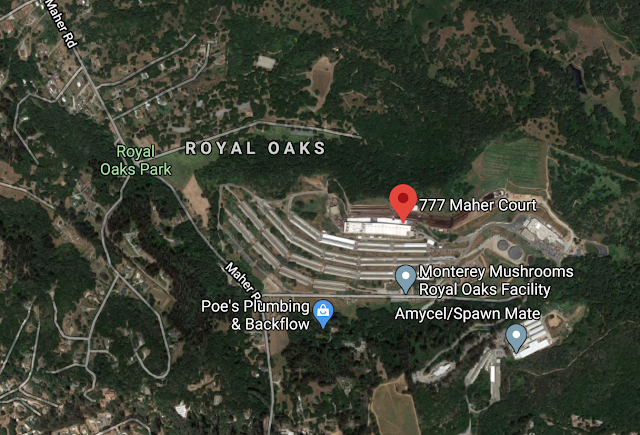 This is a Google Maps view of the same Mushroom Farm. Royal Oaks how it looks many years later! 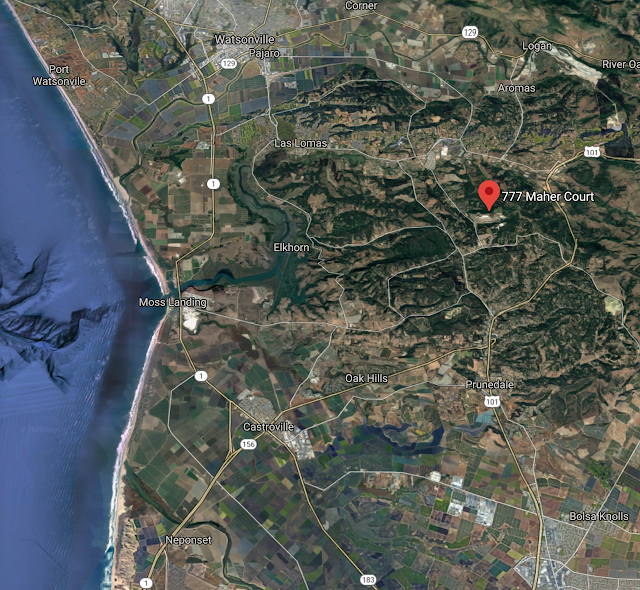 That mushroom farm is not far from the Pacific coast 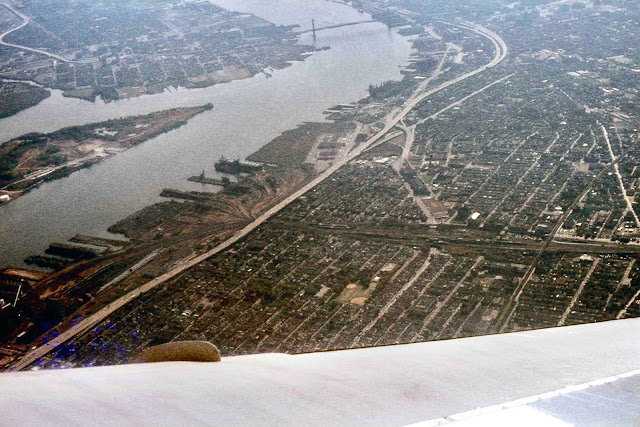 Upon descending into Philadelphia again, the Delaware River with its Ben Franklin Bridge connecting Pennsylvania and New Jersey.
Campbell Soup Headquarters are very near the bridge, in Camden, NJ.

Hope you enjoyed this historic flight experience!
Thanks for your visit.