{Do YOU all know Our Nations Oldest City - St. Augustine, Florida?}


Have you ever read about St. Augustine, Florida?
That is our nation's oldest city!
On September 8, 1565 Menéndez set foot ashore of Florida...
Since then, Pieter and I have visited St. Augustine numerous times!
Just want to show you here some precious photos from Old Tyme Photo, taken in October a decade ago.
On the left: Toon (Anthony) Vedder, myself and Pieter Vedder my husband.  The photographer made us look the part and no glasses were allowed. 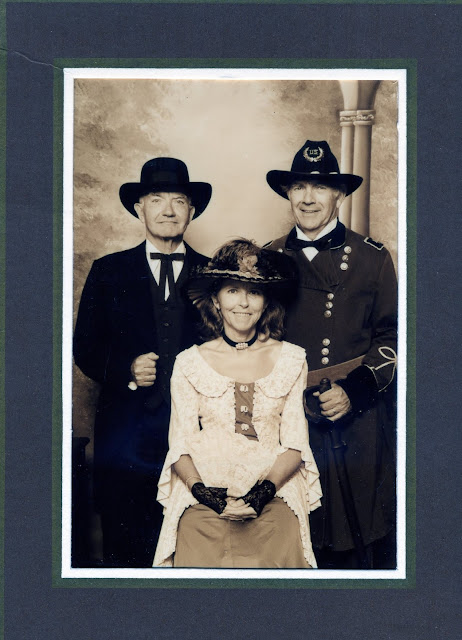 It was so hilarious the way they fit you into these costumes. The men were wearing their shorts and sandals but these pants had NO backs; they're just half pieces that are strapped around the waist.
I laughed my head off, as it was no sight from behind!
The owner did not let me take this humor in with my video camera...
But it is forever etched onto my retina.
The hats were for real though. 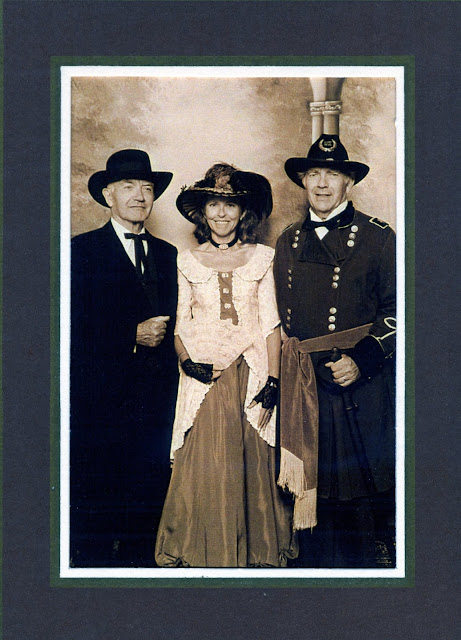 My skirt was another genius garment. It was just a wide piece of never-ending cloth with a waistband at the top; no seems!
It would fit from a size 4 (34) to size 24 (64) and close with some velcro.
Toon Vedder invented that we all were the wealthy owners of the Magnolia Plantation.
I can tell you that looks can be very deceiving...
These photos are treasures now, as Toon did go to heaven in September of 2006

Posted by Mariette VandenMunckhof-Vedder at 8:16 AM