BRIDE FLIGHT is a lavish romantic drama that charts the lives of three women who escape the gloom of post-WWII Holland for what they hope will be a better life in New Zealand. Ada, the shy but sensual farm girl, Marjorie, who dreams of a big family, and Esther, a Holocaust survivor who aspires to be a fashion designer, become fast friends during the long flight taking them to their waiting husbands, who have already settled in Christchurch. On the flight the women also meet Frank, a dashing young man who will play a large role in each of their lives. Upon arrival, they part ways to start their new lives, but their paths continue to cross with chance meetings resulting in adultery, betrayal and near tragedy leading up to a reunion fifty years later. 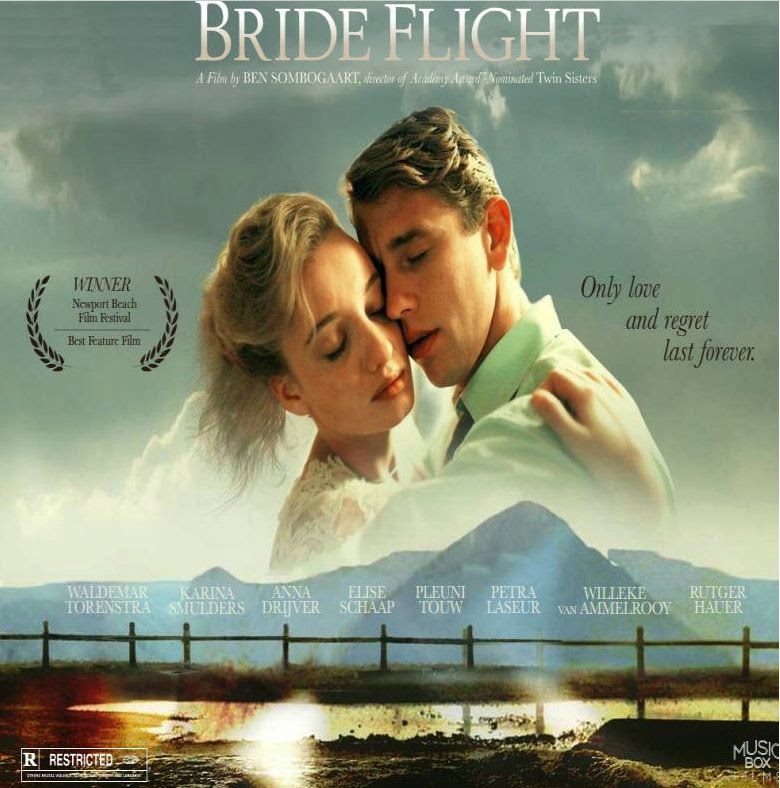 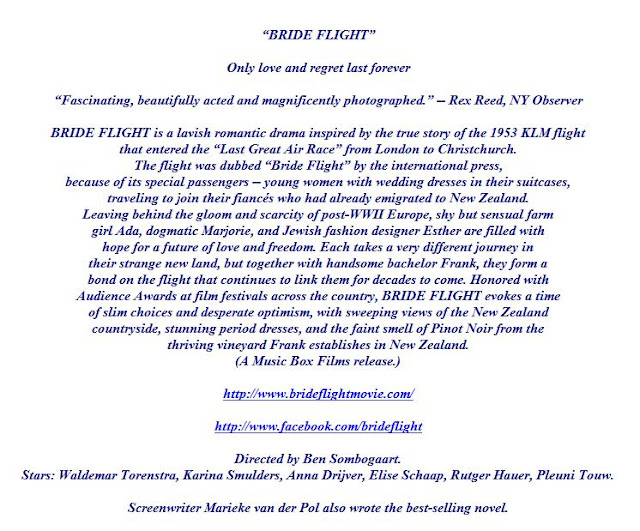 Hope you enjoyed this!

Posted by Mariette VandenMunckhof-Vedder at 6:09 AM