From Pieter's former colleague at Campbell Soup's Mushroom Division, we received this antique book from 1911. Titled The Dutch Twins by Lucy Fitch Perkins, it goes about Vrouw Vedder and her twins in Holland... Not too often one finds his/her own name in print! Vedder is Pieter's last name and my married name... 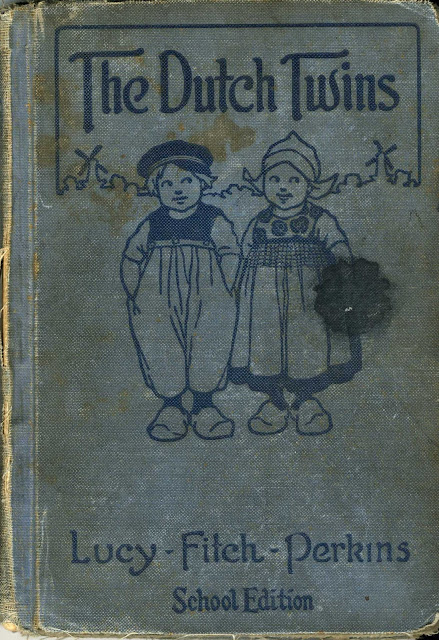 Quite remarkable that this is already one century old! 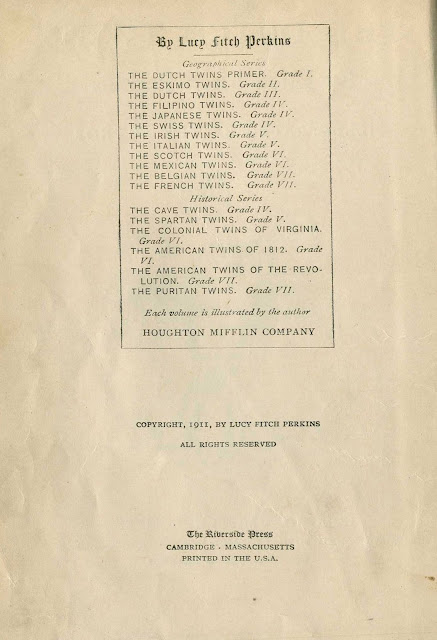 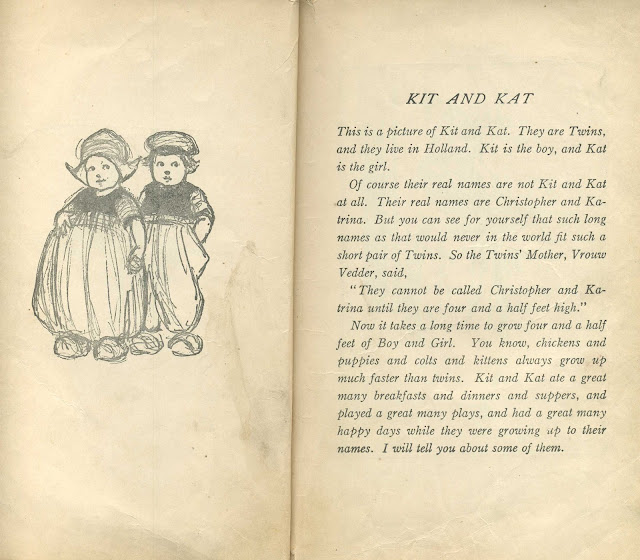 The twins Christopher and Katrina (called Kit and Kat) with their Mother, Vrouw Vedder...

Posted by Mariette VandenMunckhof-Vedder at 11:00 PM

Email ThisBlogThis!Share to TwitterShare to FacebookShare to Pinterest
Labels: Writing