On April 29, it was my husband Pieter's birthday and this time he got an ACCORDION. Let me share with you this TRUE and Unique Accordion LOVE Story... First I like to show you his birthday gift. Does any of you have a relative that also plays or played the accordion? Tell me about it in your comment. 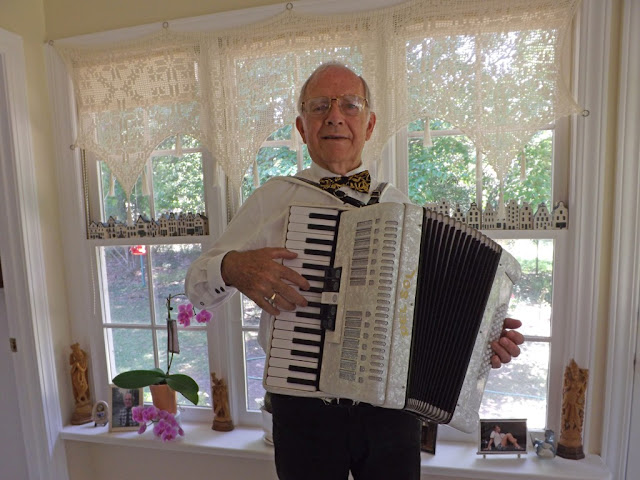 When Pieter was a little boy, he did visit his Dad's eldest brother, Hendrikus Johannes Vedder, who was a widower and lived in Duiven, in the province of Gelderland in The Netherlands. That uncle Drikus had an accordion, a Hohner, Vienna Style. Pieter loved to play on it and when his uncle gifted him the beloved Vienna Style Accordion, he was in heaven. A dream come true, although this was an old diatonic accordion from the 1920s probably, as Hohner build the Vienna Style Accordions from the 1910s till 1930s. 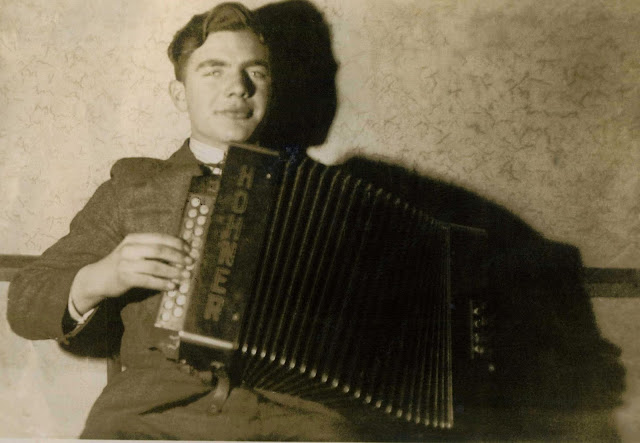 During WWII, Pieter began DREAMING about a real Piano Accordion with 48 bass, instead of this old button one with only 8 bass. There was no money, but he never gave up dreaming about his German Soberano Accordion. As the war lasted longer, all sorts of products were becoming scarcer. Coffee for instance almost had the value of gold. Pieter's family had skipper friends, the Van Megen family from Doornenburg, who transported coal and iron ore with their boat on the Rhine into Germany. Pieter's older brother Toon was befriended with Piet Van Megen. Knowing also that they smuggled, by hiding stuff under the remains of coal or ore. In Germany, products such as coffee got even scarcer than in The Netherlands. Mentioning an accordion, the Van Megens knew how to find one in Germany, if we could exchange it for coffee. Pieter's Mother had some stock of coffee, as she always knew how to find some via her former work connections. 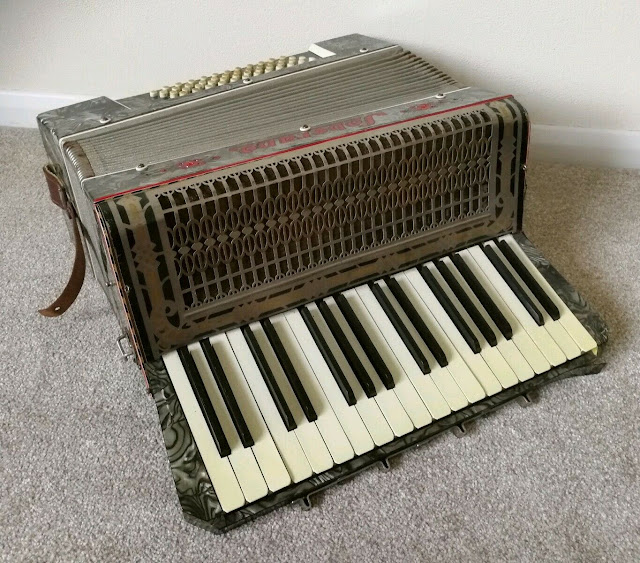 Very much like this vintage Soberano piano accordion with 48 bass that is on Pinterest just click for additional photo.
Pieter said: 'If I remember correctly they brought me one for 5 pounds of coffee; a red flamed Soberano 48 bass. It was my favourite instrument with a nice soft tune.'

Accordion Links for Manufacturers and Brands just click through
Of course that one was left behind in The Netherlands when we immigrated in 1983, it was old and not perfect anymore. BUT, he got his third one for his recent birthday and all the fond memories from years back are being relived. I was so impressed that he could play it right away after so many years!
Pieter J.C. Vedder playing his new accordion 1st time with a 40 year lapse! ←click for 14 seconds of video! 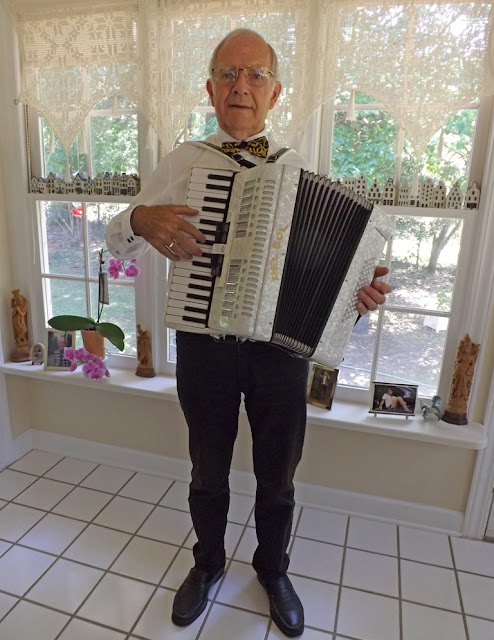 In our veranda, happy on his birthday!
The last time I've heard Pieter play his accordion was when we had the Grand Opening of the Practical Training College for Mushroom Growing. My husband Pieter set that up in 1969 in Horst, The Netherlands. That was a special and festive day and I loved his playing! 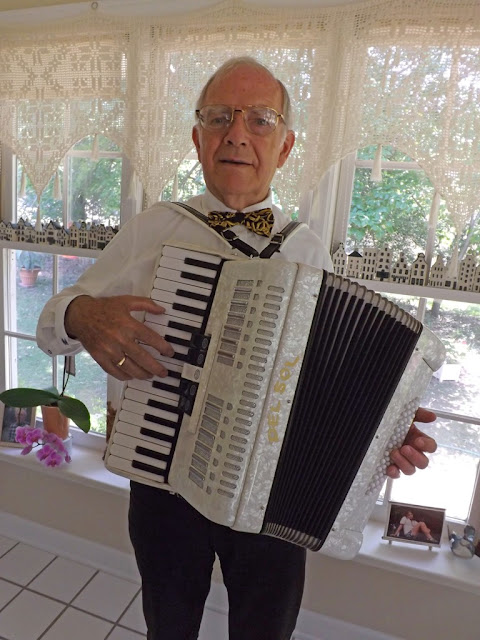 So we're back on track and I can TANGO to his tunes...
Pieter is wearing a silk bowtie that I made, see link below post. 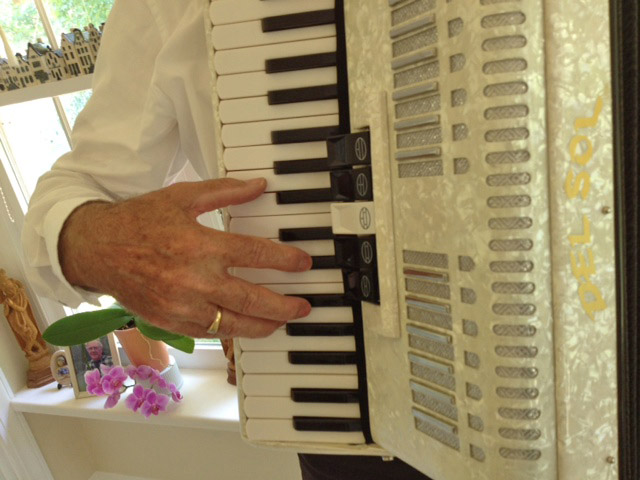 As is written in gold on the side: 'Del Sol'... It truly does bring sunshine.