It was quite something for hearing this SURPRISE coming off one of the WAV files that got extracted from the Gevaphone records we donated to the Dutch Institute for Military History.
Nederlands Instituut voor Militaire Historie
Ministerie van Defensie 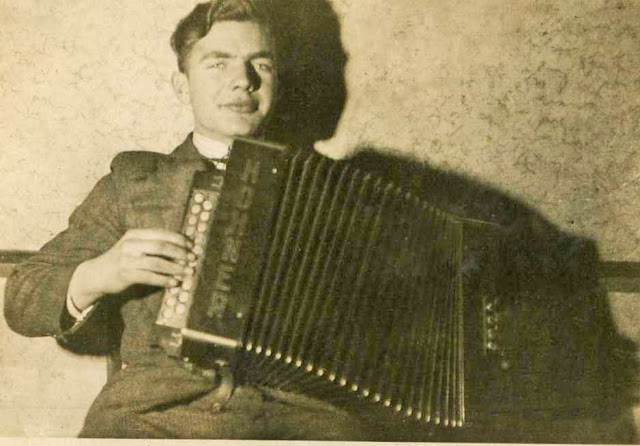 1948 March GEVAPHONE recording Pieter playing 'On the Beautiful Danube' with his Soberano Accordion (not on the Hohner shown in this picture from WWII era photo...)

Grateful to NIMH The Netherlands for extracting its contents! See for more info link below from previous post where I explain about donating these records to the Dutch Institute for Military History 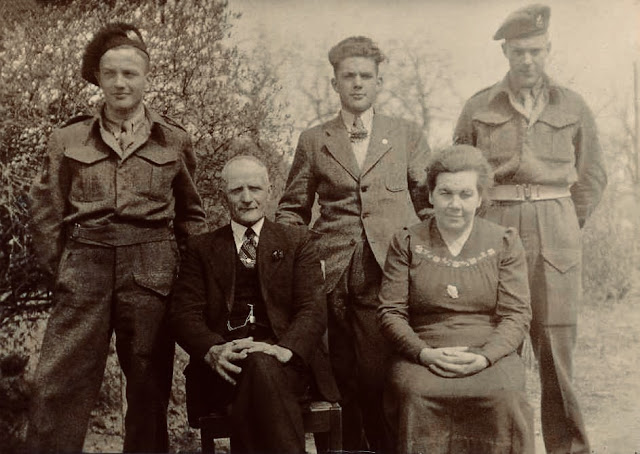 To the left in back row: Marine brother Toon, Pieter center and Thé in uniform for which Pieter played on his accordion.
Pieter's Mom and Dad in the front.
1948 March GEVAPHONE recording Pieter playing 'On the Beautiful Danube' with his Soberano Accordion (not the one in this earlier photo!)
While his brothers were serving in Indonesia, Pieter was quite musically involved. 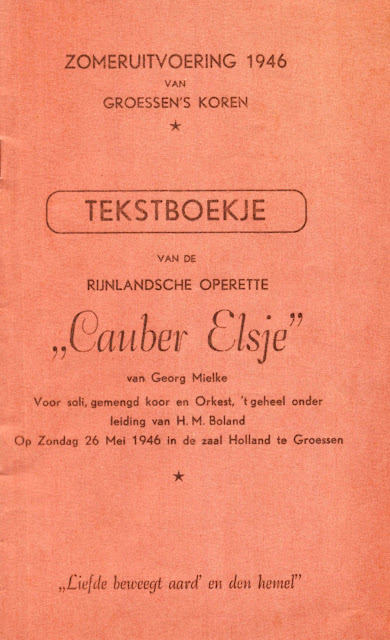 'Cauber Elsje'
Accordion lessons and he already sang in the big choir during the summer of 1946 in the Rhineland Operette 'Cauber Elsje', where he also danced with partner Willemien Janssen.
Pieter also was requested to play his accordion at a wedding of Tilly Stokman's neighbors, she was an acquaintance of Pieter.
While doing so, someone turned violent and wanted to grab Pieter's accordion and throw it into the water well... Tilly managed to guide him out through a backdoor into the grain field... WOW! 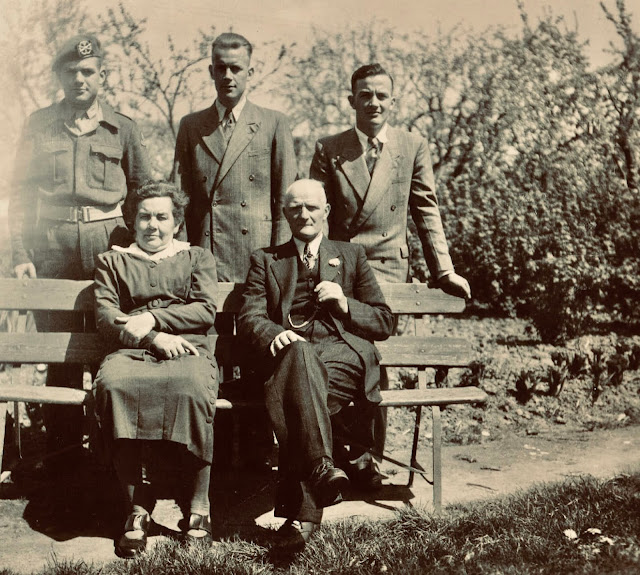 Brother Thé, for whom Pieter played his accordion, was almost 3 years deployed, without any return home.
As soon as he got home, after the Marine brother, husband Pieter was wearing his uniform!
No 3 brothers at once could serve...
Pieter's Mom & Dad in 1950, with standing behind them from left: Pieter, Thé and Toon. 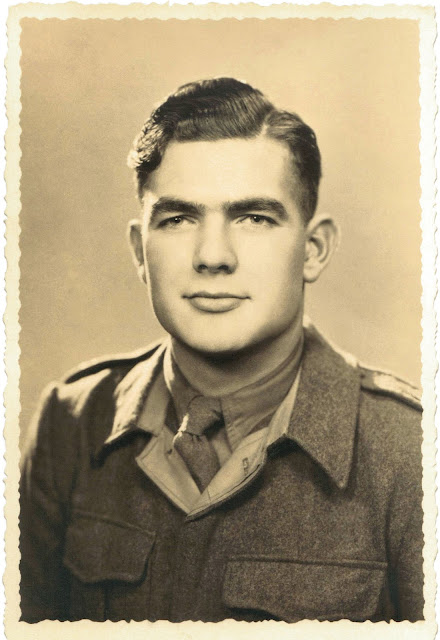 Husband Pieter in uniform... the youngest of three brothers serving.

Next post is a spoken letter to his Marine Brother...