Dutch PVV must WIN because Rutte is STEALING Money from 34,000+ ELDERLY in USA and Canada

On March 15, the Dutch people will vote again. Maybe this time they will vote smart and do away with the present, corrupt leaders! 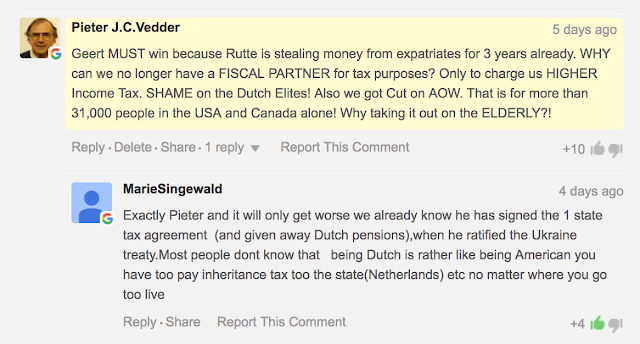 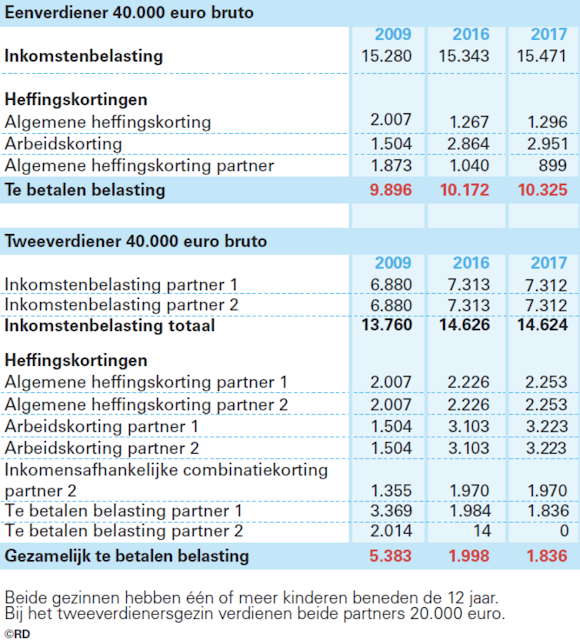 Expatriates are being FORCED to file their taxes as a ONE Person income, regardless if they are married or not!
That is discrimination in the worst way possible.
The top figure shows you the taxes to be paid, versus two-person income at the bottom. 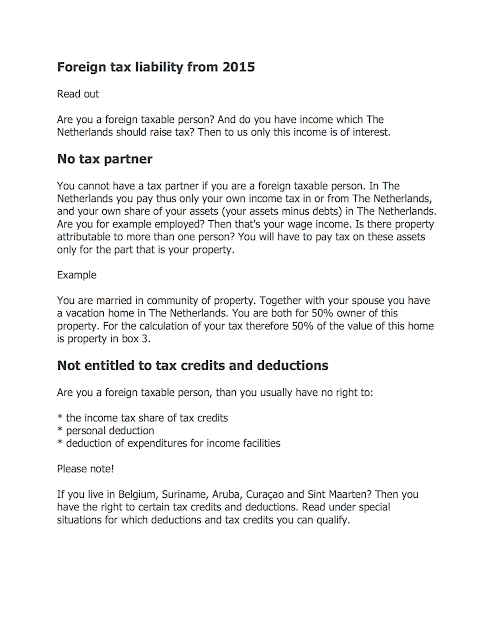 Are you a foreign taxable person? No tax partner and Not entitled to tax credits and deductions... 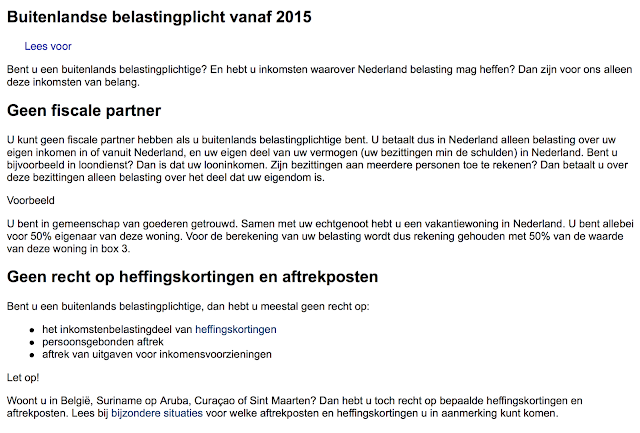 Over 2015, 2016 and 2017 this has already been the DISCRIMINATING TREATMENT for all foreign taxable persons. 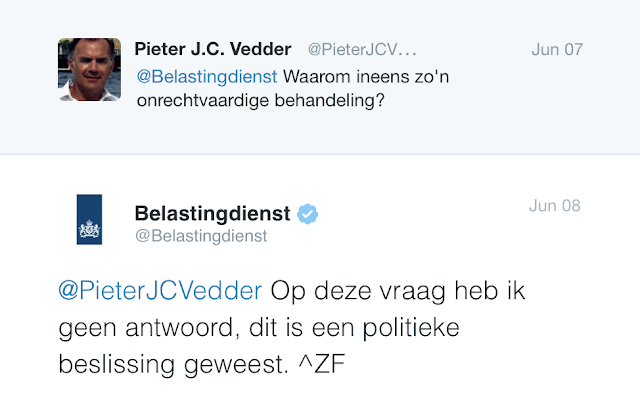 When asked: 'Why suddenly such unfair treatment?'
The response was: 'For this question I have no answer, this has been a political decision.'

PM Rutte already started his preparations in 2012, when he cut all the funds for the Dutch World Radio.
That was the ONLY reliable information for expatriates, living all over the world.
Afscheid van de Wereldomroep: campingradio, au revoir! (click the link). 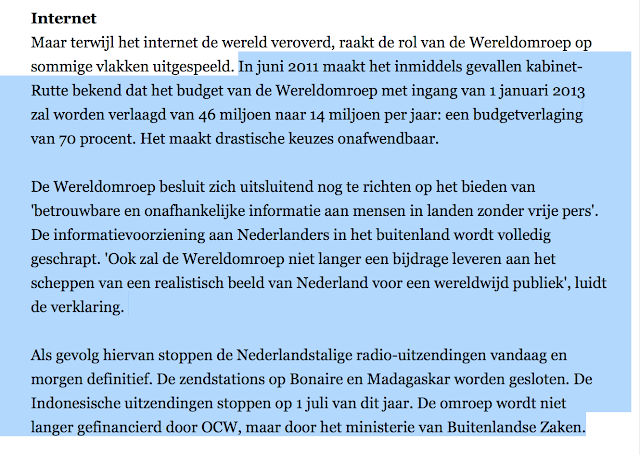 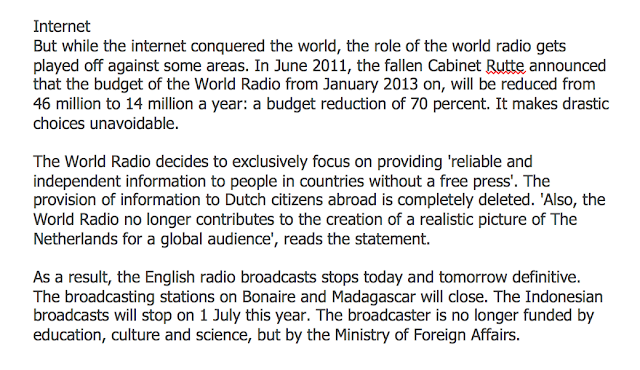 Internet
But while the internet conquered the world, the role of the world radio gets played off against some areas. In June 2011, the fallen Cabinet Rutte announced that the budget of the World Radio from January 2013 on, will be reduced from 46 million to 14 million a year: a budget reduction of 70 percent. It makes drastic choices unavoidable.

The Dutch World Radio always stood up for the Dutch living and/or working abroad.
For several years, husband Pieter's Dutch Social Security (AOW) got deducted by witholding medical insurance, even with the fact that he could not make any use of it.
There was a lot of protest and World Radio let people from all over the world speak up!
The government finally gave in and took that deduction off.
BUT World Radio has paid the price for it and they were shortened on funds and then they finally had to disappear from the air... Sad fact!
They really were looking out for us.
What can we do as little people?

Especially because money from the elderly is being taken to fund migrants! - Maybe Citizen Journalism does have a little impact?!
They obviously removed my Tweet... 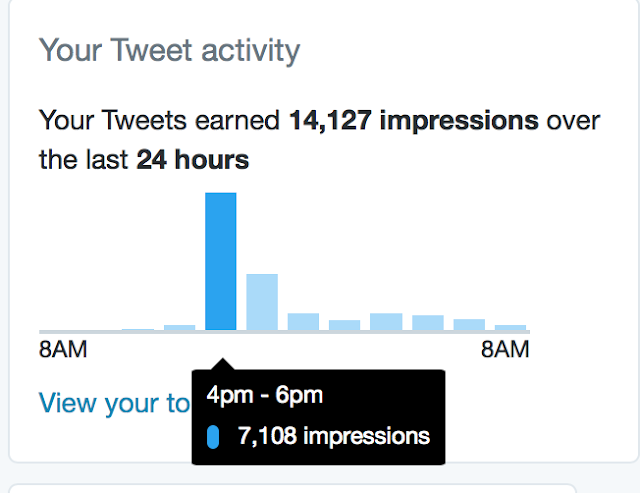 Hoping for the BEST results on March 15, for The Netherlands!

Related links:
"Zestig procent van mensen in de bijstand is allochtoon" by binnenland.eenvandaag.nl 60% of welfare recipients are immigrants
NEARLY A QUARTER OF DUTCH VOTERS ARE 65 OR OLDER by nltimes.nl
What you need to know about the Dutch election by dw.com
{Happy with Husband Pieter's Grand Prize for Jingle In Your Pocket for Christmas} | Previous post by me
{Mainstream Media Always Use Polls to Push Their Agenda} | Previous post by me

Posted by Mariette VandenMunckhof-Vedder at 11:17 PM