On Tuesday, November 19, we left from Highveld Mushrooms, and we got dropped off at the Congresscentrum INDABA in Bryanston.
INDABA is Meeting Place in Zulu language. 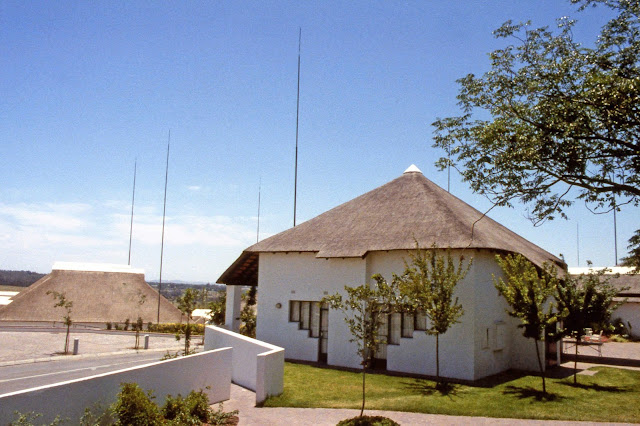 These were the lovely chalets where we stayed at: INDABA 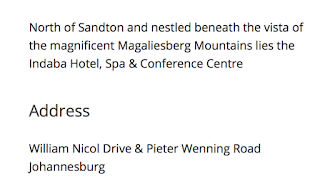 This is the presently used address, Johannesburg.
Pieter Wenning Road... You clearly see the Dutch influence in the names.
As is for my Dutch born husband Pieter, the use of 'ie' instead of just 'e' -  the English version would be Peter. 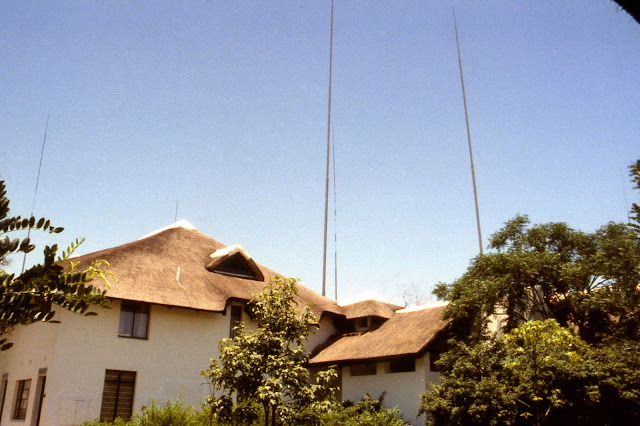 NEVER had we seen such enormous LIGHTNING POLES... 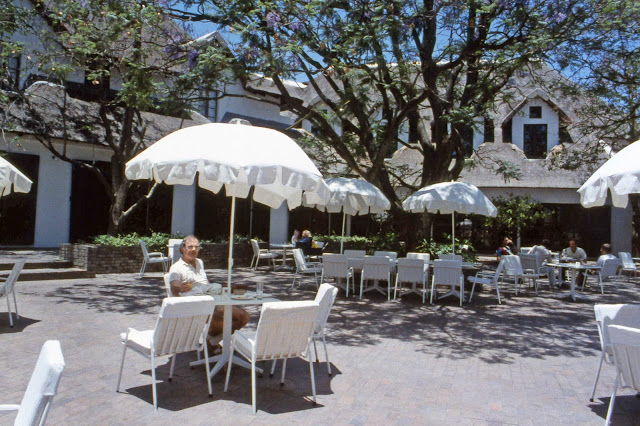 Pieter did change into his shorts after they dropped us here at INDABA, at the end of the day.
A little time to relax before dinner, under the heavenly Jacaranda trees. 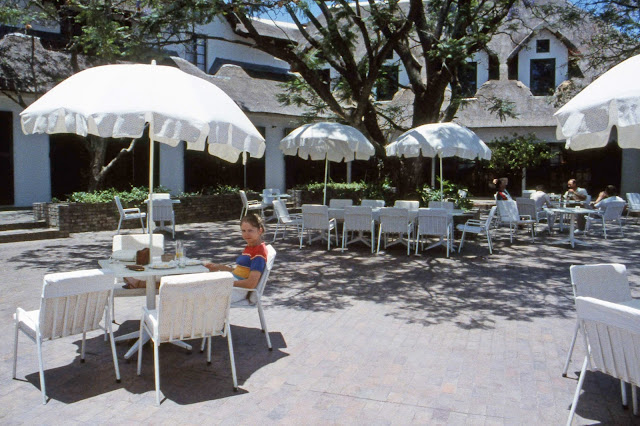 And so did I, just being in the moment for soaking up our beautiful surroundings. 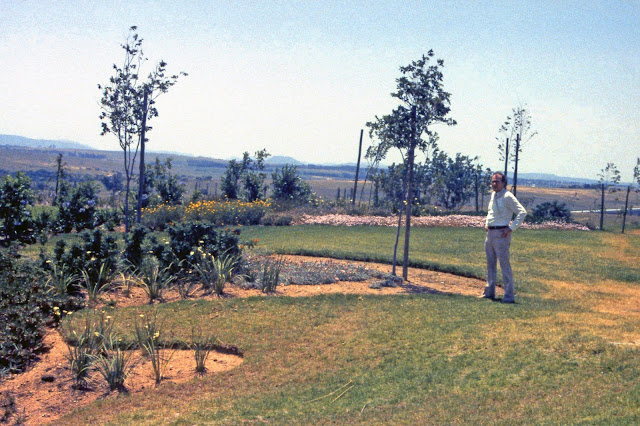 Pieter admiring the surroundings of Bryanston, South Africa in the morning of November 20.
We both felt so privileged for having been invited to this Conference! 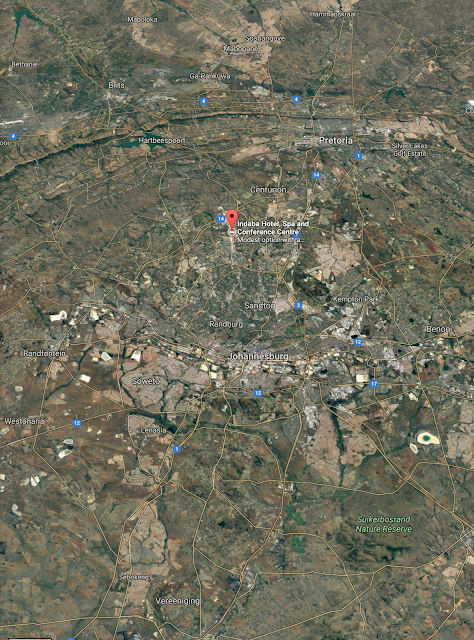 Areal view of INDABA HOTEL and its location, north of Johannesburg, South Africa.
On Wednesday, November 20, Pieter gave one of his lectures at 9:45 and then there was a coffee break. 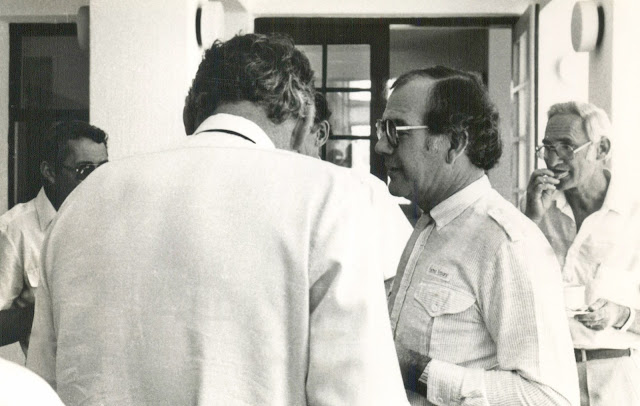 Pieter engaged in a conversation with other Mushroom Industry people after he also participated in the afternoon workshop.
Yes, South Africa adheres very well to the Dutch coffee break tradition + cookie... 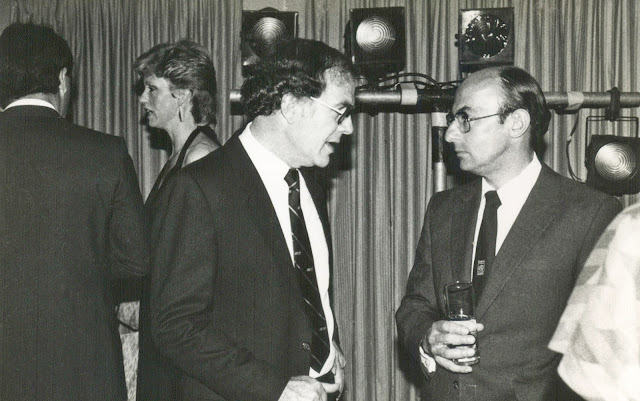 In the evening we had a lovely Banquette with dinner dance.
Here Pieter (l) is engaged in a discussion with SMFA Chairman, Colin Jacobson. 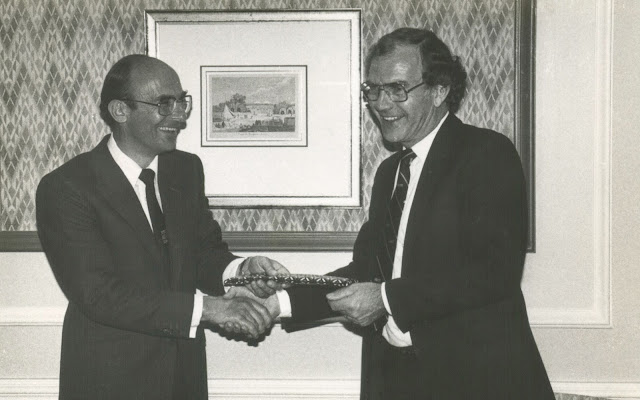 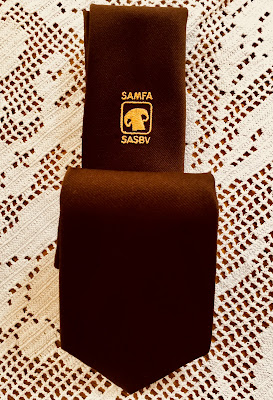 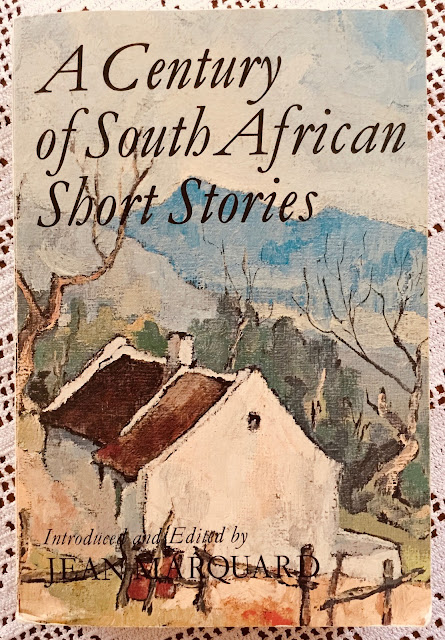 A Century of South African Short Stories by JEAN MARQUARD 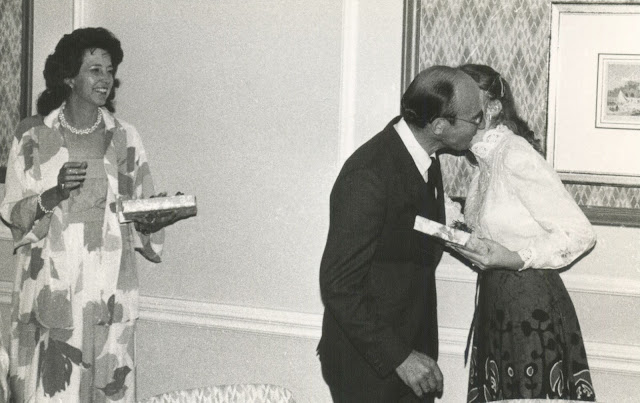 And I received the above book with short stories about South Africa.
There was lots of laughter because the photographer had problems and Colin Jacobson had to repeat kissing me...
We danced and after a walk together, for unwinding, we went to bed by 2:00 and up again by 7:30... 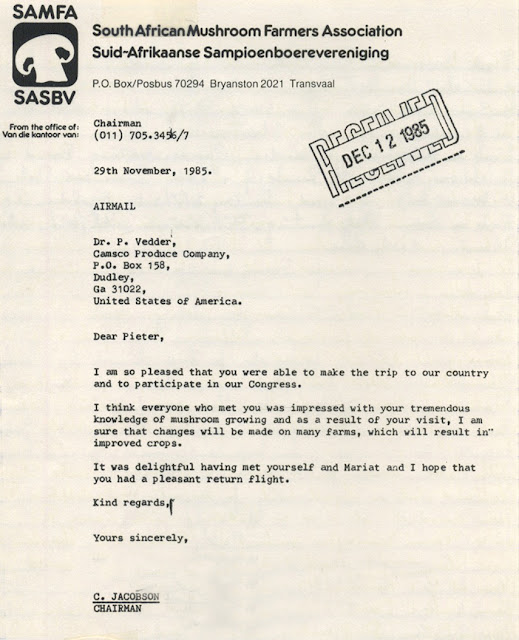 The SAMFA Congress would go on for one more day, but it was heart warming to receive such a letter back in the U.S.A.

Dear Pieter,
I am so pleased that you were able to make the trip to our country and to participate in our Congress.
I think everyone who met you was impressed with your tremendous knowledge of mushroom growing and as a result of your visit, I am sure that changes will be made on many farms, which will result in improved crops.
It was delightful having met yourself and Mariette and I hope that you had a pleasant return flight.
Kind regards,
Yours sincerely,
C. Jacobson
Chairman

Thanks for your visit and stay tuned for Part V

Posted by Mariette VandenMunckhof-Vedder at 7:18 AM