Today is a very special day as my Toyota RAV4 2-door 'Ravy' has 'his' 14th birthday! It makes me feel good. Above all, this car was such a lovely thing to receive for my birthday then. It had to be special ordered in Japan because of wanting a shift stick with cruise control and a 'male part' for hooking up our little trailer. At the time that I got it, it was very popular in France and it took the USA by storm as well.
Automobile Magazine's 1997 Automobile of the Year is the Toyota RAV4 read: Automobile Magazine Announces Toyota RAV4 as Auto of the Year. You can read some of its history 1997 INFORMATION.
Some Magazine Reviews: 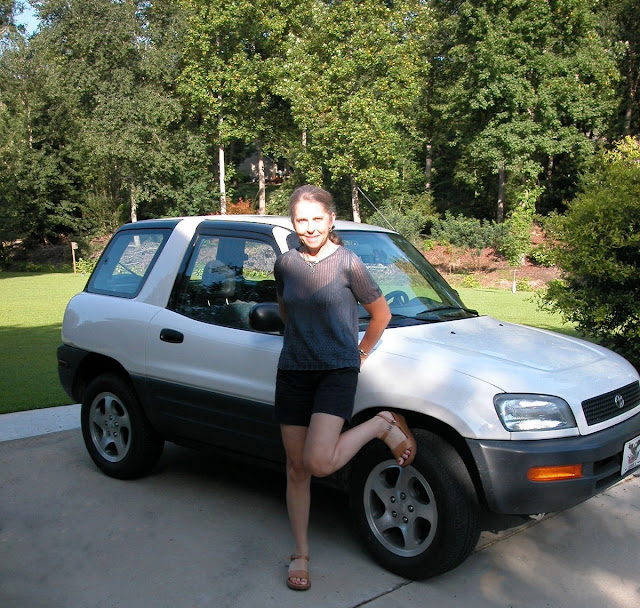 Me and my 'Cute Ute'... I LOVE this car!
What does RAV4 stand for?
Recreational Active Vehicle with 4-Wheel Drive
﻿ 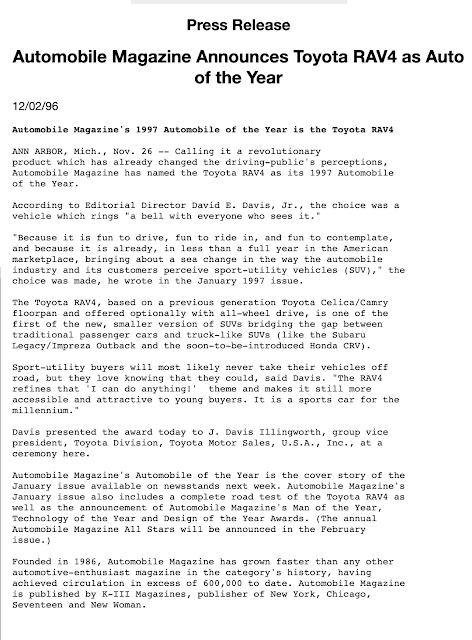 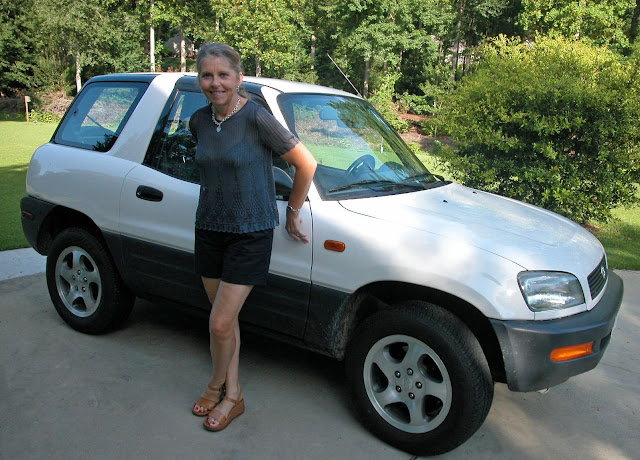 'Ravy' only twice got new tires and has been always very reliable.
Very good fuel economy! 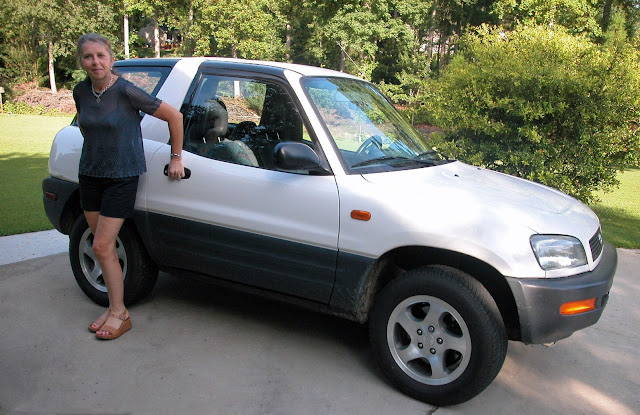 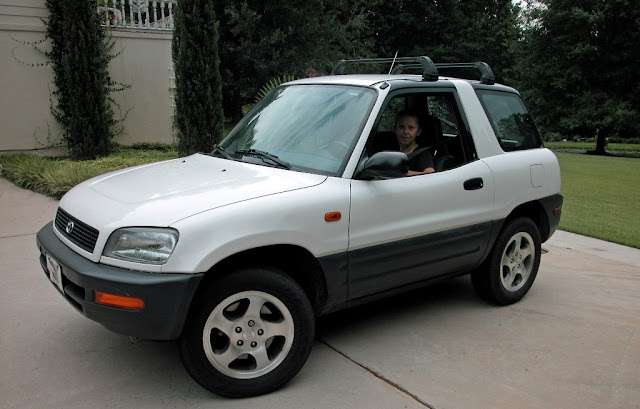 Oh sure, 'Ravy' can carry things on the roof too, as well as behind in the little trailer we got for him. 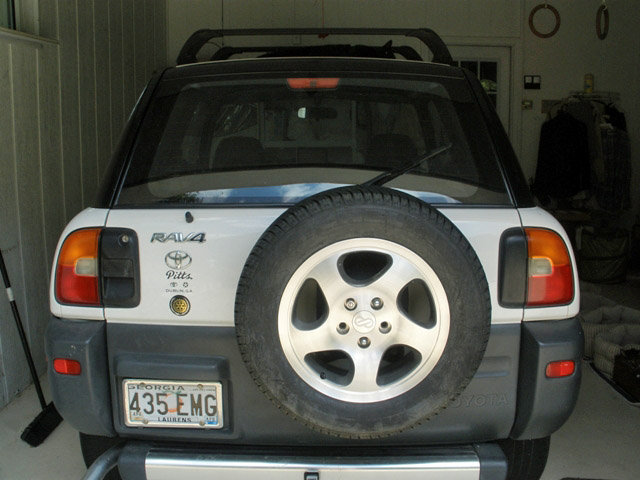 In the center of the bumper you see the square opening, that's where the male part goes for the trailer. 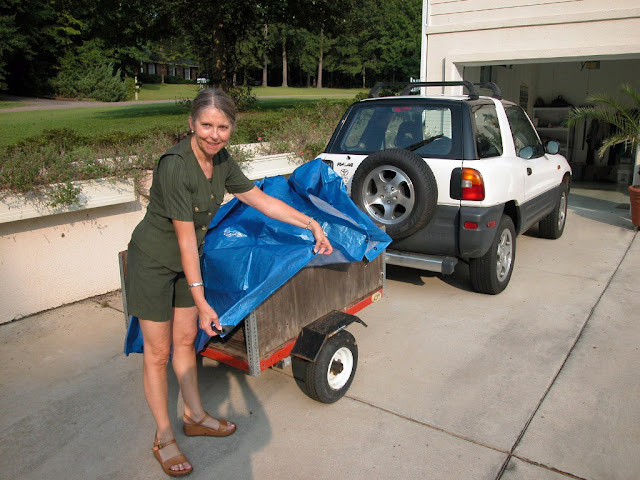 Ravy served us well, he did haul many a load for us, for the construction of our Rose Suite and for hauling furniture from the Savannah harbor, Miele appliances from Atlanta...
Went all the way to Key West with our German 'son and daughter-in-law' and to Orlando with our other German 'son and daughter-in-law'. With us to Central Valley in New York. So he's been to many states, always being loyal.
Therefore we keep him! Besides; he is in excellent shape.

Posted by Mariette VandenMunckhof-Vedder at 11:08 PM