Wow, just now when reading about Armadillos I know that I've risked something. First of all, these nine-banded Armadillos do have  four genetically identical quadruplets being born in each litter. AHA, that's why we spotted four! For quite a while we noticed the damage they did to our lawn, digging up the grass in search for grubs and other insects. They also make burrows in which you easily can step and trip. When I rushed outside with my camera to capture them, I had a hard time, as they move so fast!
The North American Nine-banded Armadillo tends to jump straight in the air when startled, and consequently often collides with the undercarriage or fenders of passing vehicles. In this case, one of them scared me when I tried to lift it up with one hand, in order to get a better shot from its face. It jumped straight up under me, I kind of sat squatted down. No luck for a close-up shot while being held... Today I read about this 'jumping up' in the above link (click on Armadillos at the top):
Humans can acquire a leprosy infection from armadillos by handling them or consuming armadillo meat, and are a presumed vector and natural reservoir for the disease in Texas and Louisiana.
Next time I know better! 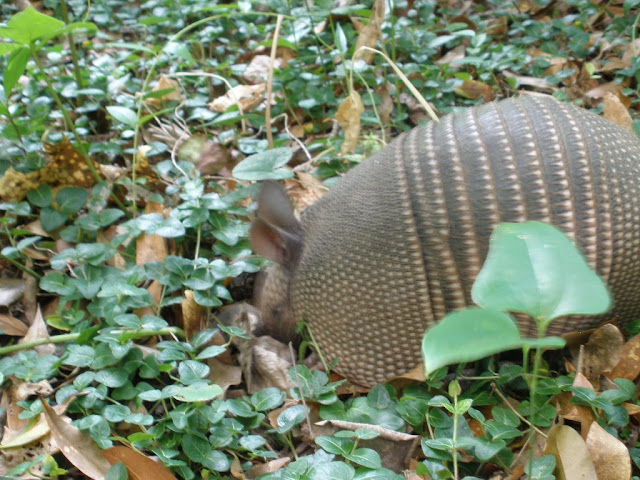 Funny ears they have and indeed, they are nine-banded. But look this one has an X to the left in its bands!
It was nearly impossible to capture them on camera. I do better with our cats... 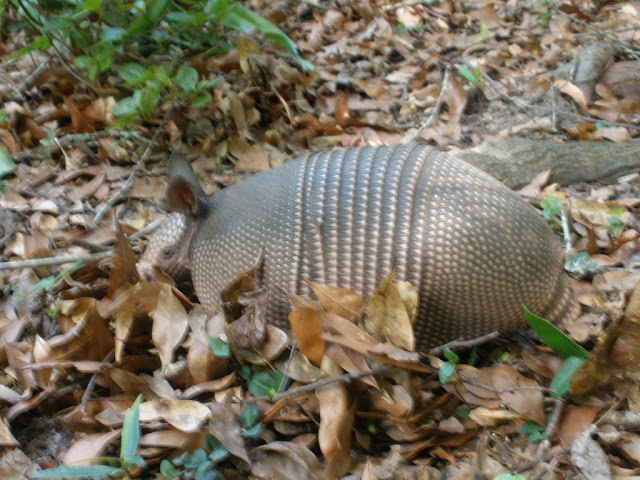 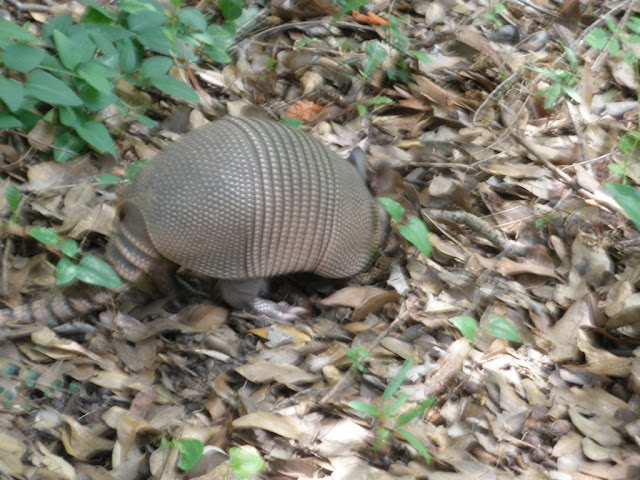 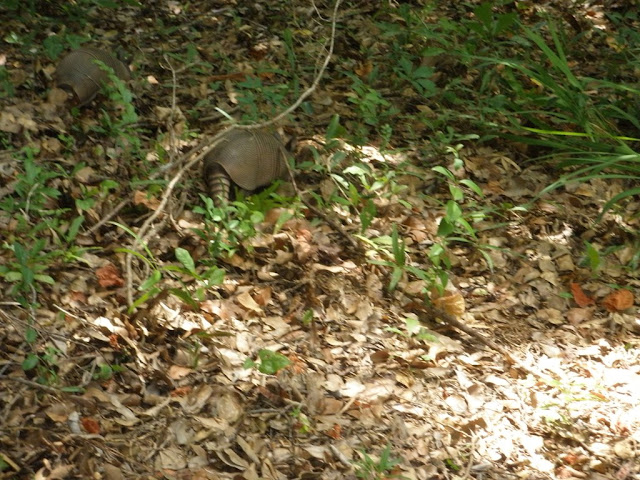 We spotted four with our eyes but when I hurried outside I only managed to get TWO before the camera lens...
Boy, were they in a hurry!

Posted by Mariette VandenMunckhof-Vedder at 10:59 PM