While we were at the Hyatt Place Lakeland Center we also visited the Bok Tower in Lake Wales. It was our second visit as we were there on December 28 of 2001. 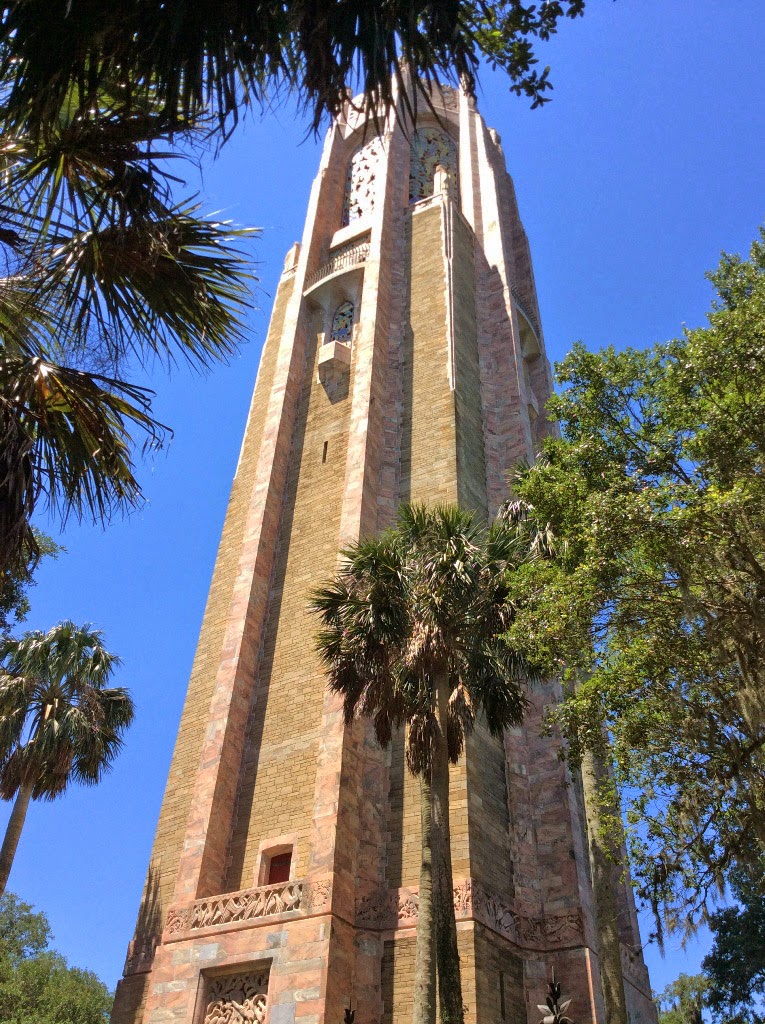 This is the actual tower, built from pink and gray Georgia marble and Florida coquina, a limestone of shell and coral fragments. 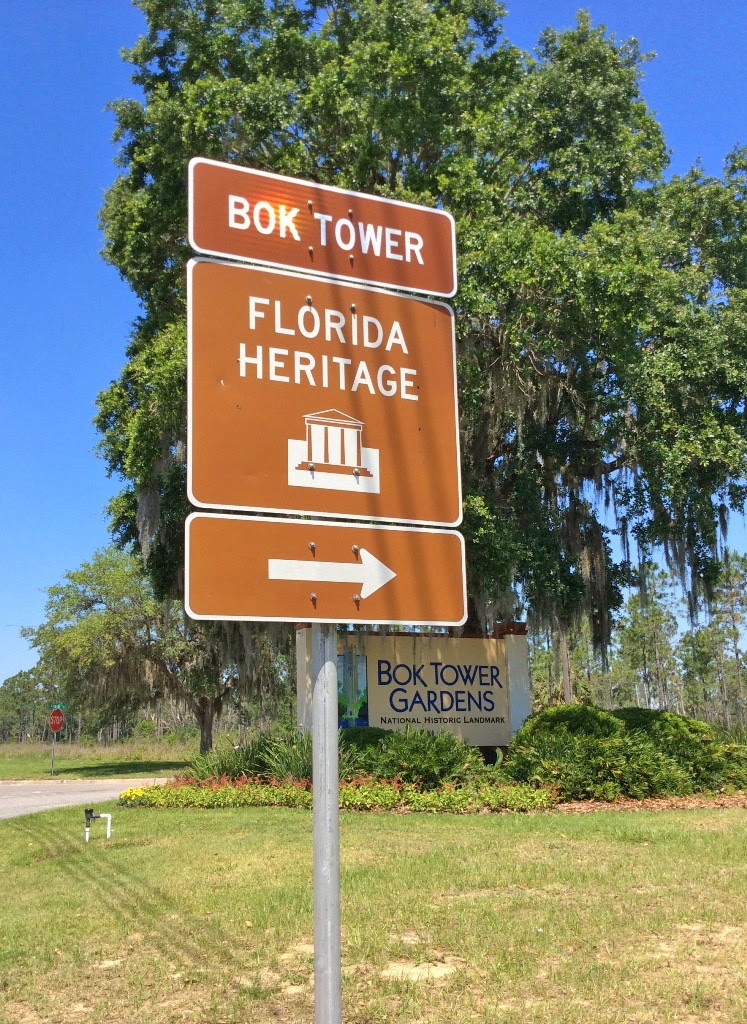 Yes, the Bok Tower is a Florida Heritage 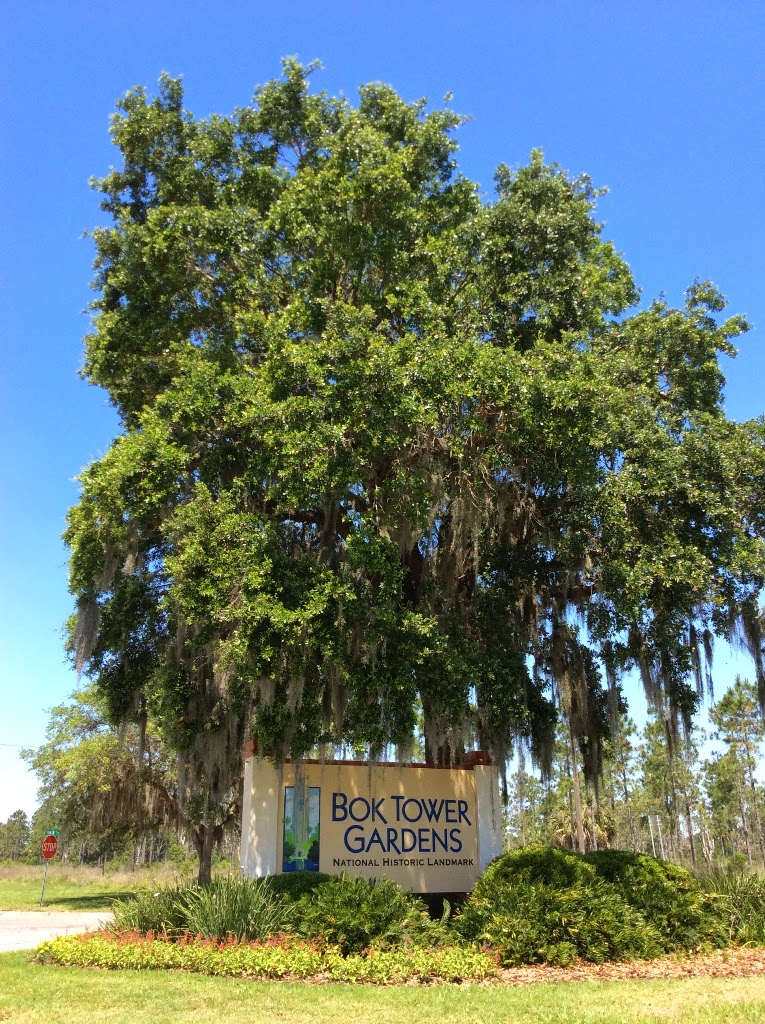 And also a National Historic Landmark 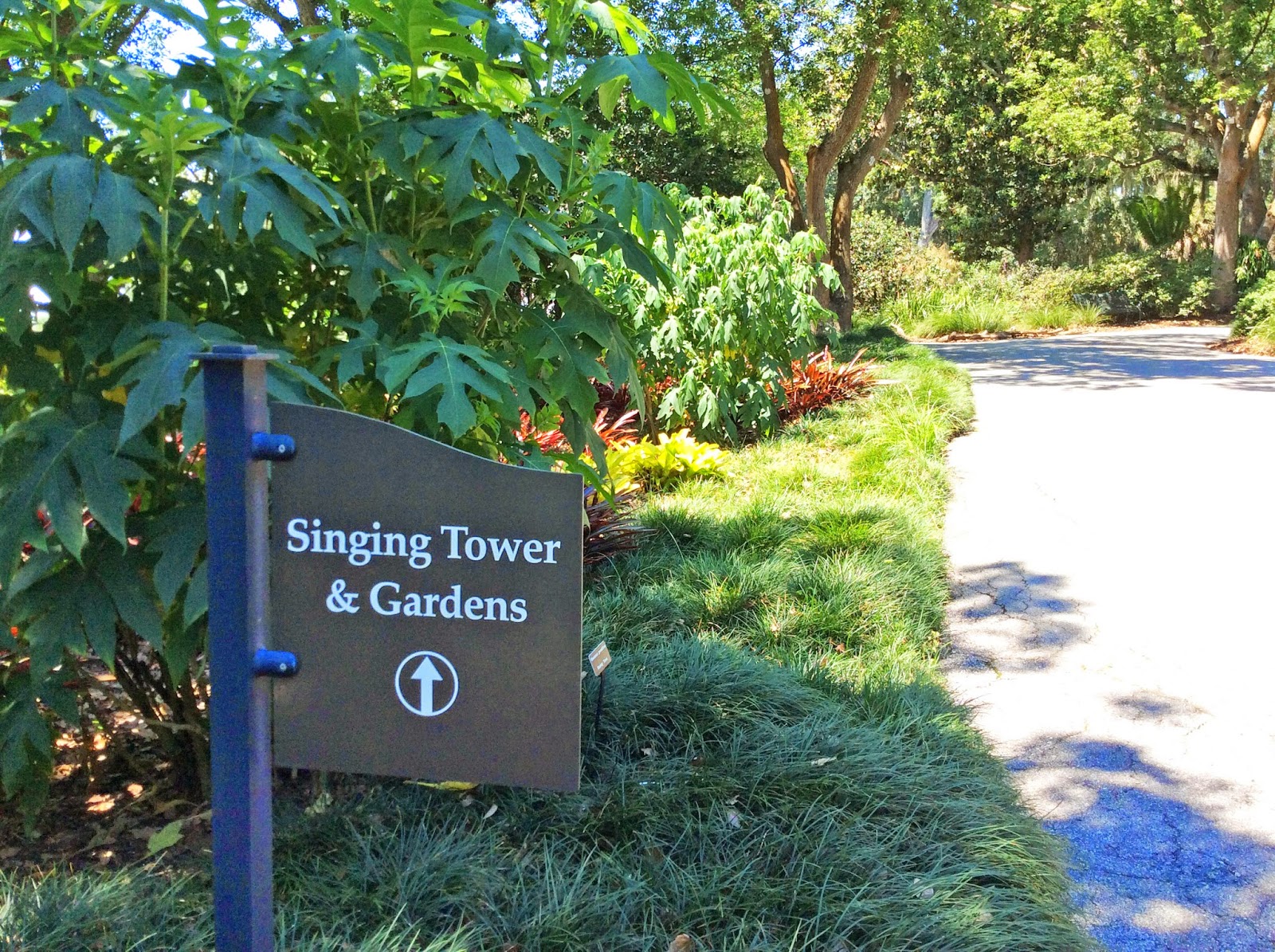 Very peaceful surroundings and beautiful subtropical vegetation along the road that leads to the Singing Tower & Gardens... Here husband Pieter is standing in front of this 205 feet (65.5 meters) high Bok Tower which is built on the highest point in peninsular Florida (324 feet) or 99 meters.
Lots of Spanish moss hanging down from the trees, just as we see it here in Georgia. 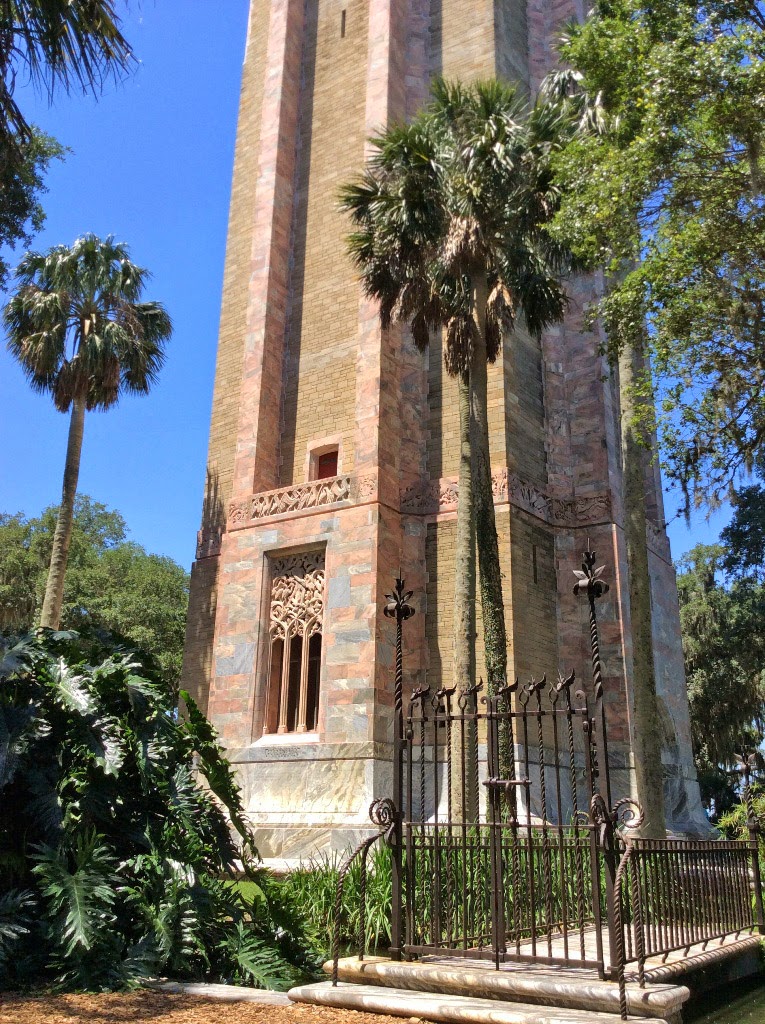 Majestic palms actually dwarf besides this tall Bok Tower with its beautiful pink and gray Georgia marble.
The architect was Milton B. Medary from Philadelphia and it got built in 1927-1929
The Bok Tower Sanctuary was dedicated to the American people by President Calvin Coolidge on February 1, 1929, and added to the National Registry of Historic Places in 1972. 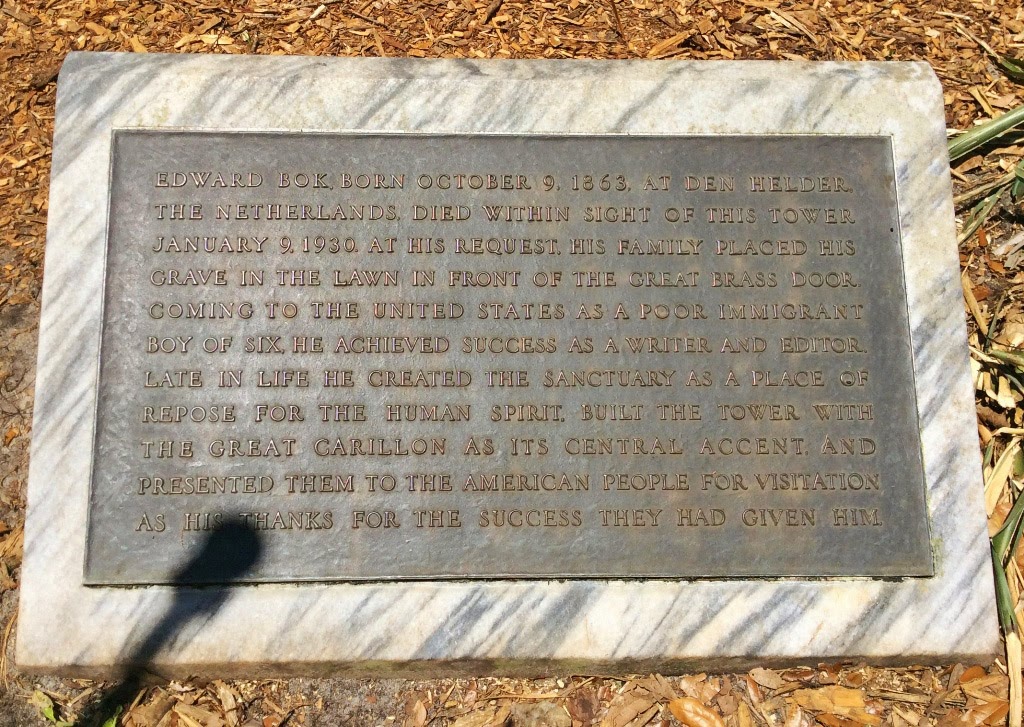 Edward Bok, born October 9, 1863 at Den Helder, The Netherlands died within sight of this tower January 9, 1930. At his request his family placed his grave in the lawn in front of the great brass door. Coming to the United States as a poor immigrant boy of six, he achieved success as a writer and editor. Late in life he created the sanctuary as a place of repose for the human spirit. Built the tower with the great carillon as its central accent, and presented them to the American people for visitation as his thanks for the success they had given him. 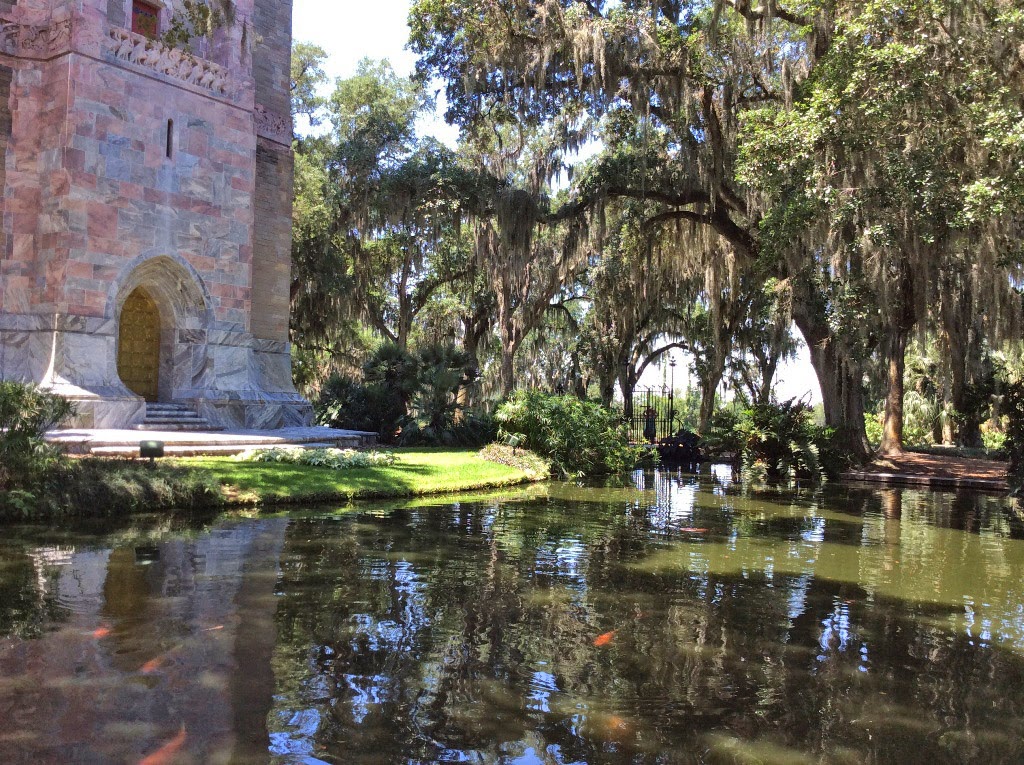 On this photo you see the great brass door and in front of it Edward Bok has been buried in the lawn, where those plants are... 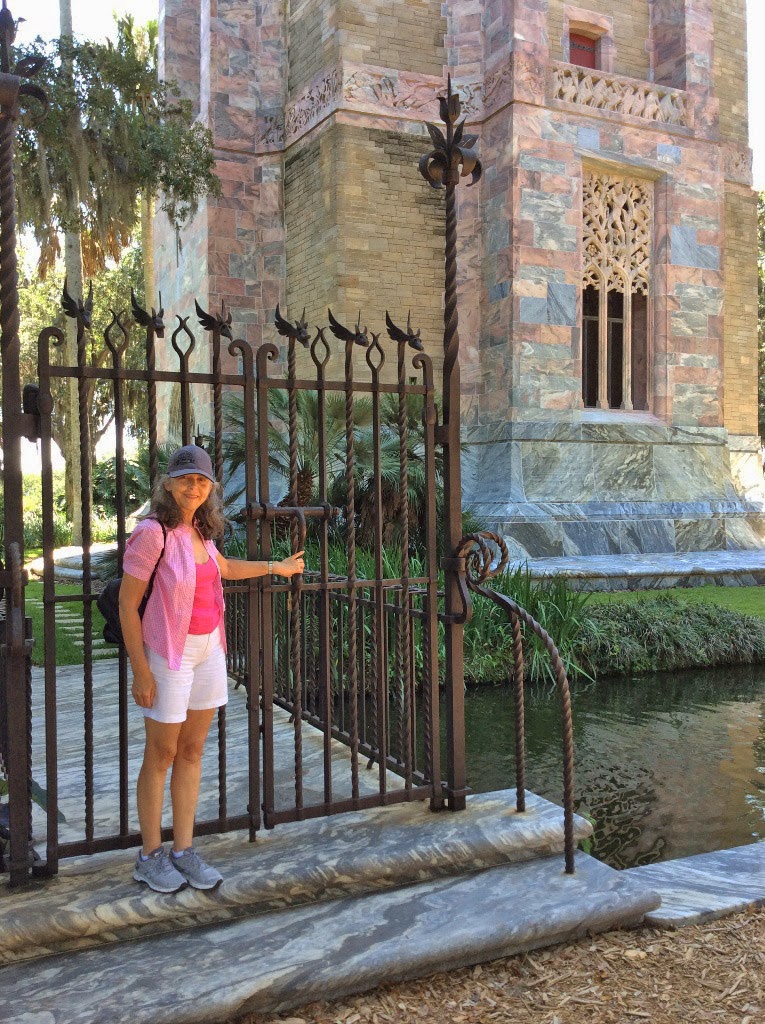 Here I am standing in front of the wrought iron gate with birds...
There is also a huge reflection pond, where the entire tower mirrors itself but it was being drained for cleaning when we visited. 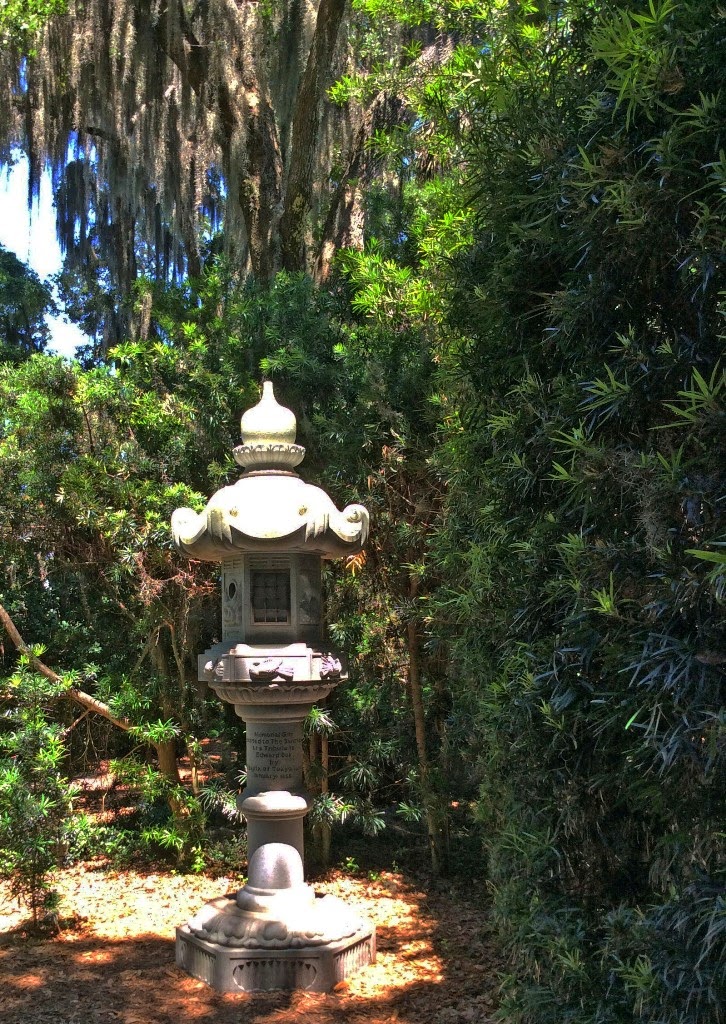 This Japanese stone lantern was a gift to the Gardens as a tribute to Edward Bok to reflect his interest in world peace, symbolized by the dove carvings. 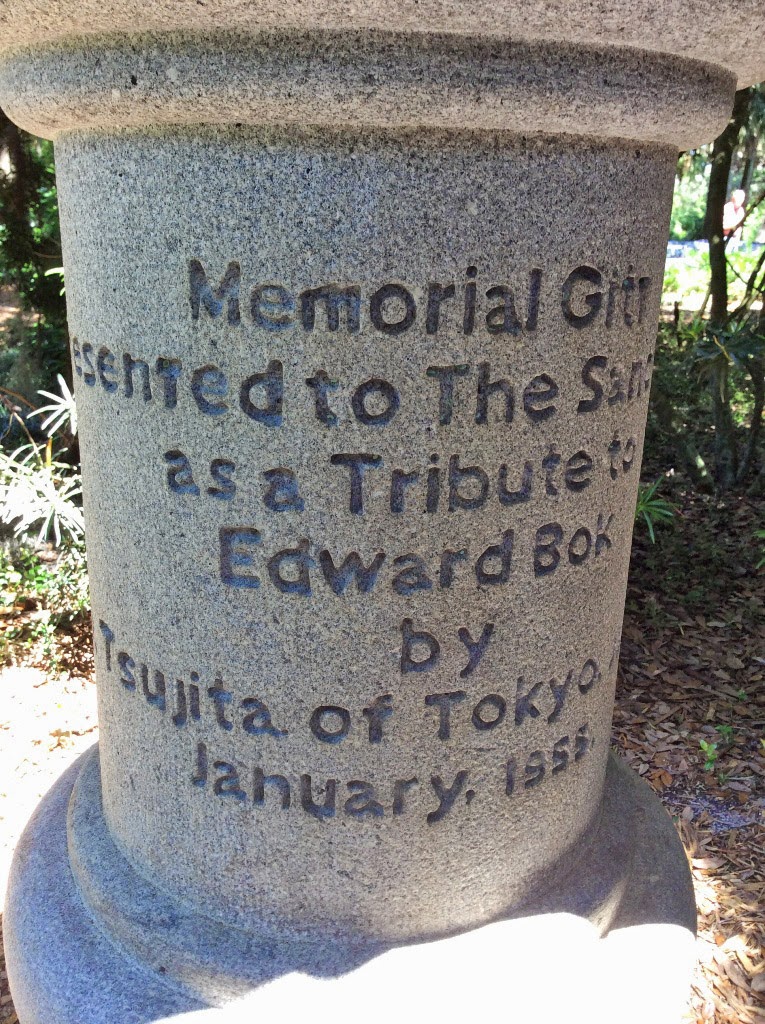 Given to the Sanctuary by Tsujita of Tokyo, January 1956. 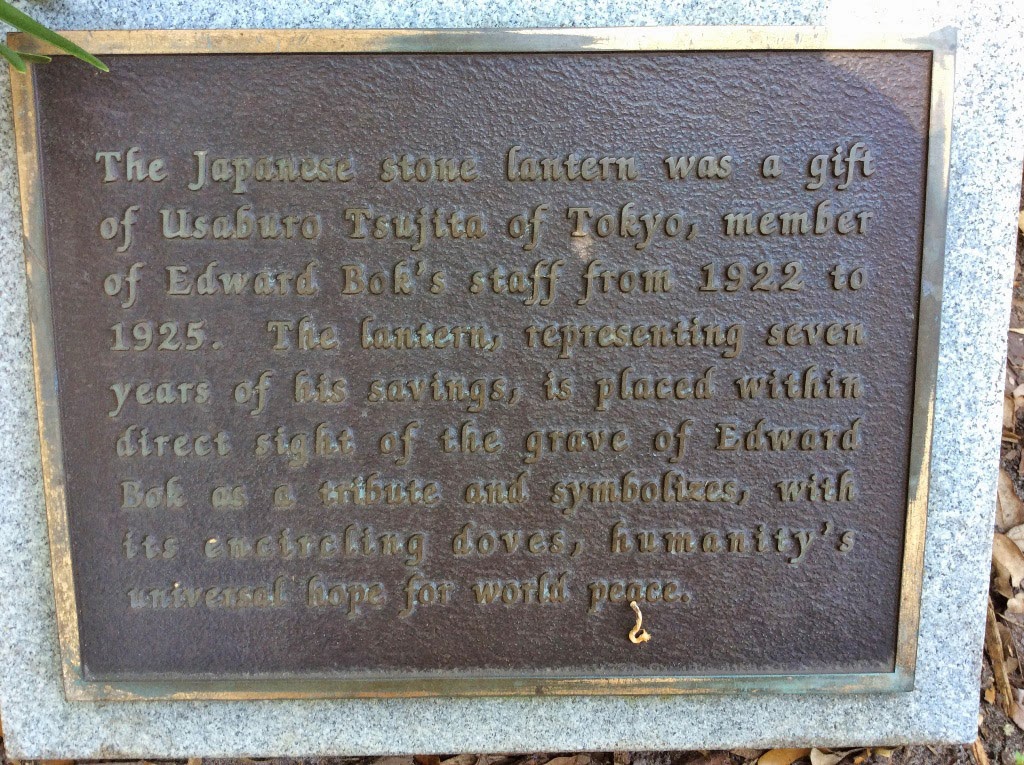 The Japanese stone lantern was a gift of Usaburo Tsujita of Tokyo, member of Edward Bok's staff from 1922 to 1925. The lantern representing seven years of his savings, is placed within direct sight of the grave of Edward Bok as a tribute and symbolizes, with its encircling doves, humanity's universal hope for world peace. 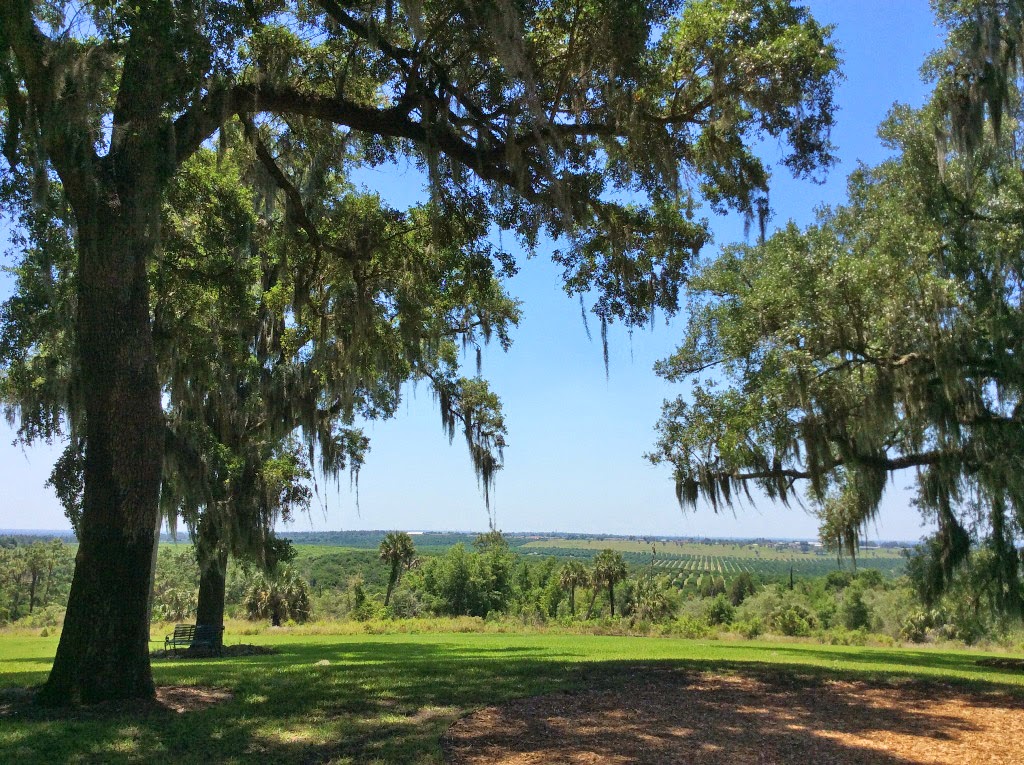 Nice views from this elevated area... 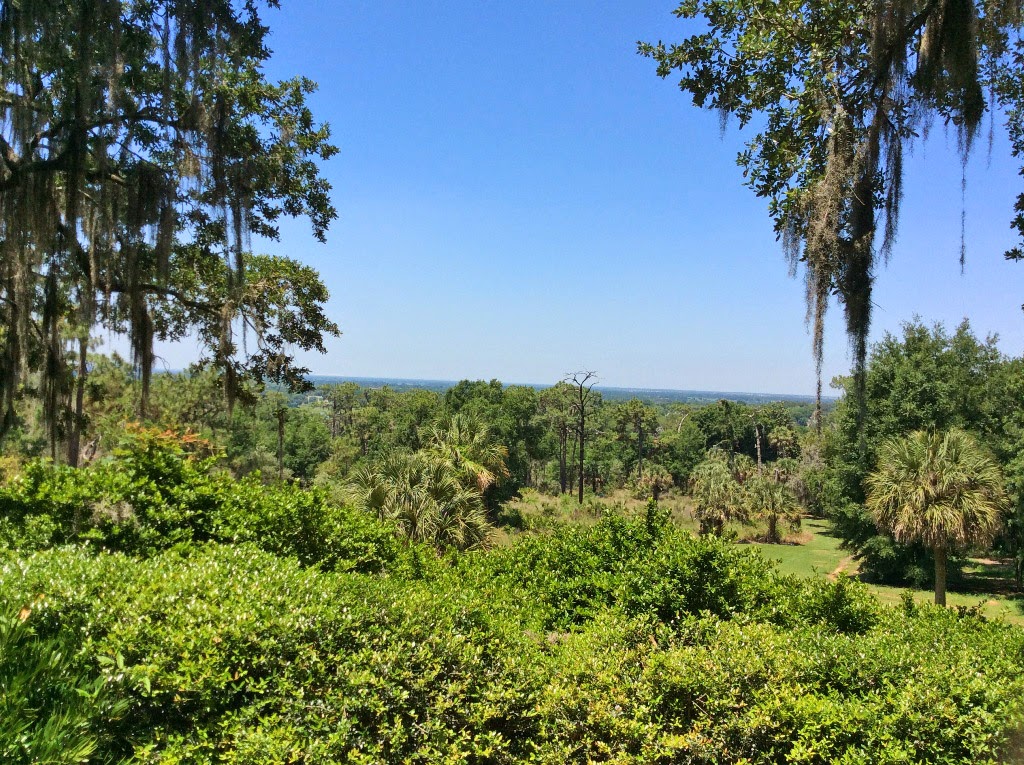 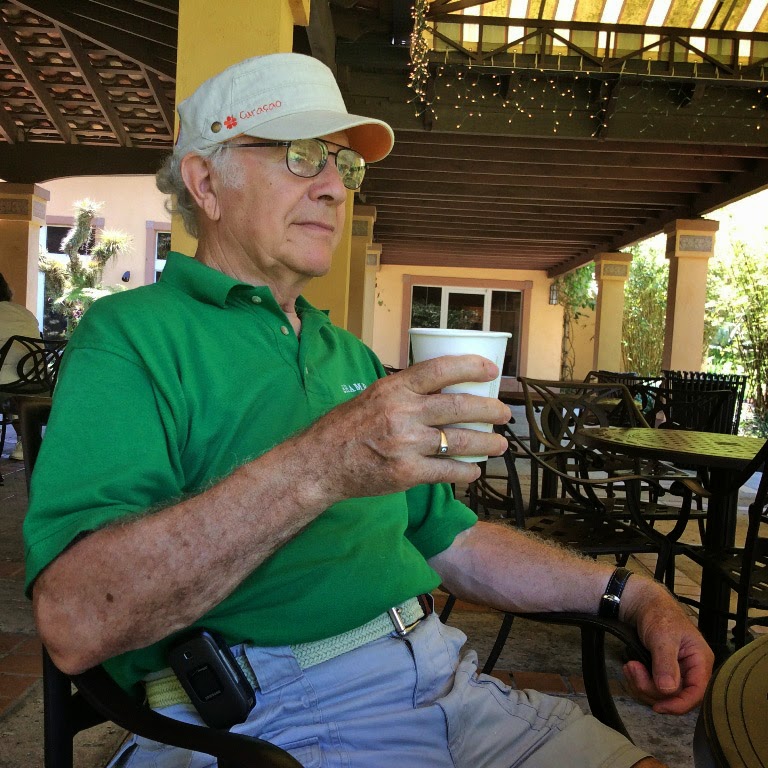 We enjoyed a coffee at the Blue Palmetto Café... 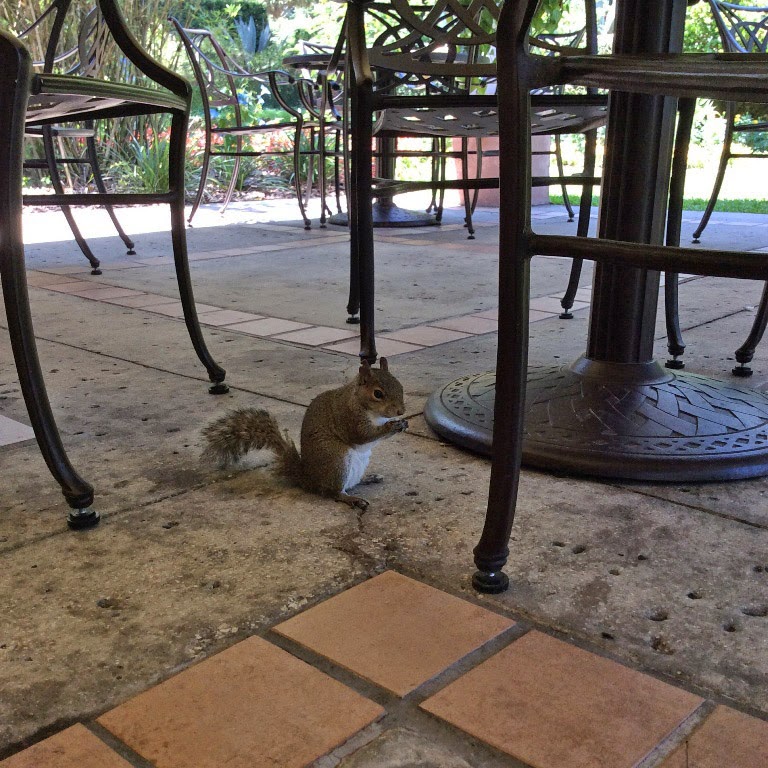 Posted by Mariette VandenMunckhof-Vedder at 5:38 PM