Guess I need two more weeks for finishing my photo albums and having them ALL digital...
Several I already did have digital, from scanning the slides before. We often did have slides + photos, developed from special professional film rolls for that purpose.
How times have changed!
But I very much like the way it is now. 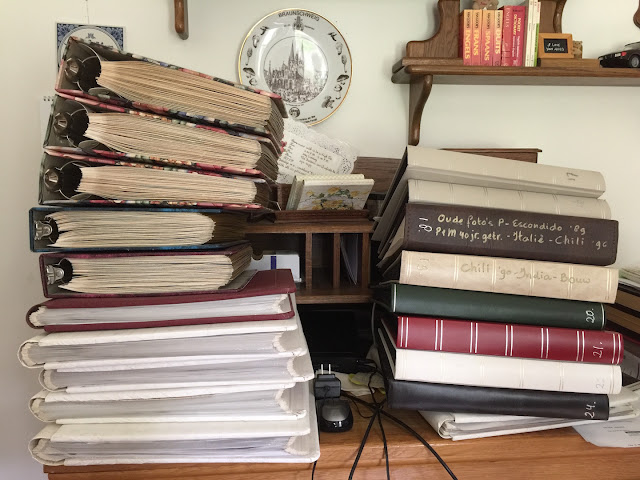 Every day I manage one album...
So by the end of April or early May I will be DONE!
Hope I'm getting out of the stupid time where photos had rounded edges, in the mid till late 80s.
Have to fill those edges in, which is time consuming!
For sure I will do the HAPPY DANCE once I'm through.
The weather is not yet such that it feels like a time waste... 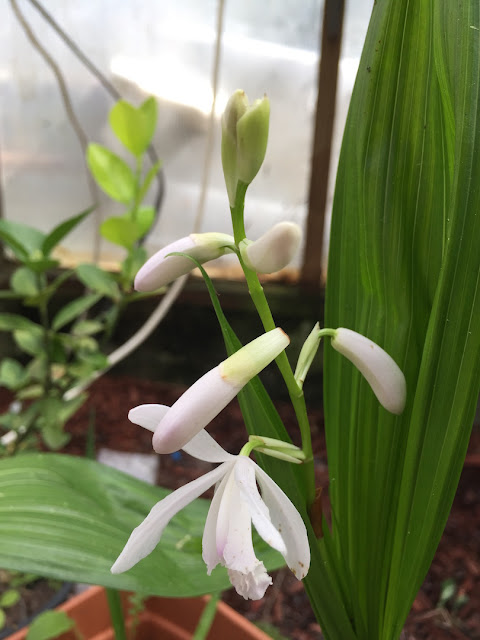 There are some JOYS also in early spring.
Such as this Bletila Striata Alba Orchid that Pieter dug up from our wood garden where it almost wilted.
We have had three of them for years but the roots from those big trees compete for food and water.
They are happy inside a pot now and bloomed very early on March 20!
You can read more about it in my previous post from 2011:
{Our Bletilla Striata Alba Orchid native to Japan and China} They now are 20 years old! 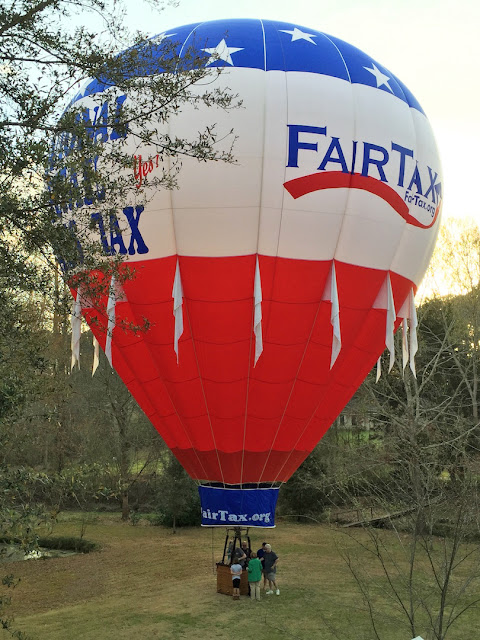 On March 11, while having late afternoon tea in our living room, I heard some strange noise...
That turned out to be the gas burners from a HUGE Hot Air Balloon that landed in our back yard!
Just beside the big pond and they barely managed to get over the huge oak tree that stands next to the pond.
Lots of spectators too in our back yard.
After having worked hard all day and taking a shower afterwards, Pieter already was in his robe and ready to retire in front of TV... Not so!
WISH we would have been on the balcony for seeing them land.
The daughter of a dear friend was inside the basket, it was one of the things still on her bucket list.
After having received two donor lungs, and recovering well enough, she finally was able to realize this! 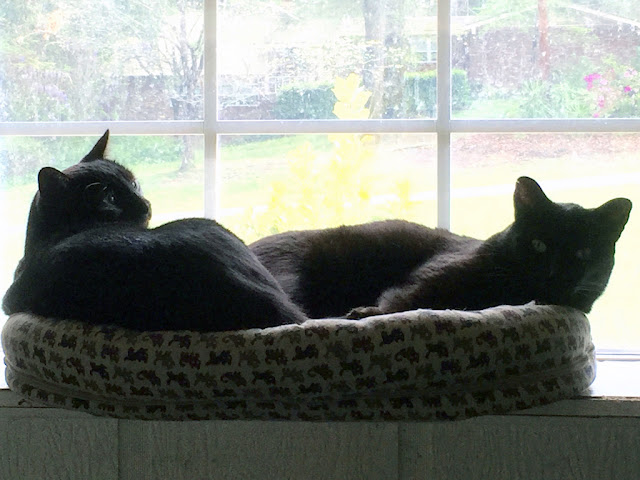 Here are our boys, Bandido, left who joined his brother Spooky to the right in their favorite bolstered Kitty Sill Deluxe.
Probably they can communicate as it turned out that this was on March 28 and by Friday, April 1 (no joke!) Spooky was near dead with a urinary track blockage.
It was a dreary rainy day and I spotted him, hidden in the cat house in the front porch, with big eyes looking at me.
He did not want to eat and later he'd hidden away against the wall of our front porch; in the rain... We found him and rushed him to the Animal Clinic that is only one mile away from us. She did sedate him and insert a catheter and on Monday we could pick him up.
He's now eating medicated dry food and has improved greatly.
He'd lost weight and was without energy.
So glad we found out in time! 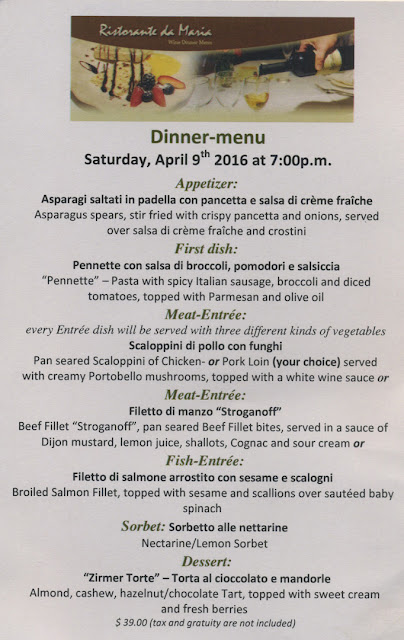 So what do you do with all this stress?
Rewarding ourself with a delicious five course dinner at the authentic Italian Restaurant of Ristorante da Maria at Dublin Farm "Come Home To The Country"
Also my webmaster let me know that he will get out of this business so I had to secure all of my text before it will be taken down.
Too much on my plate but this will pass!
Wishing you a lovely upcoming weekend and thanks for your visits.

Posted by Mariette VandenMunckhof-Vedder at 6:07 PM