There were two more solo trips for husband Pieter, before we went together to Australia... 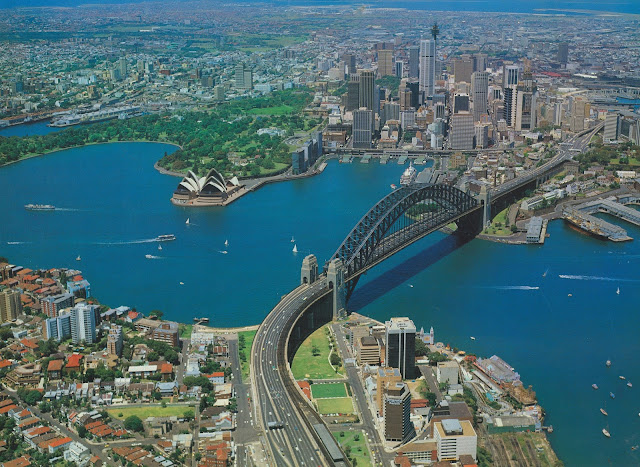 Sydney from above in 1981...
This was a gift and it is hanging in our staircase area. 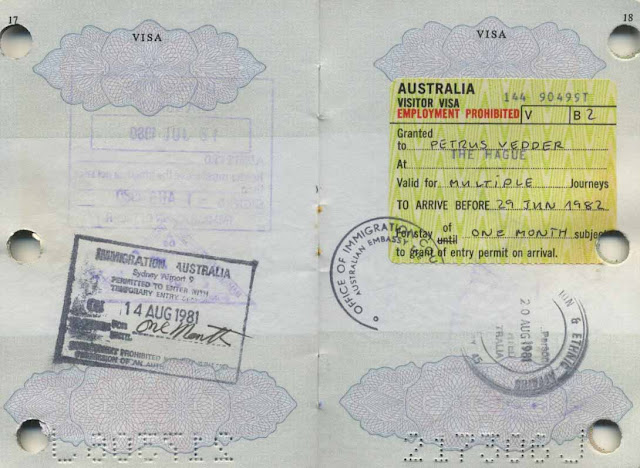 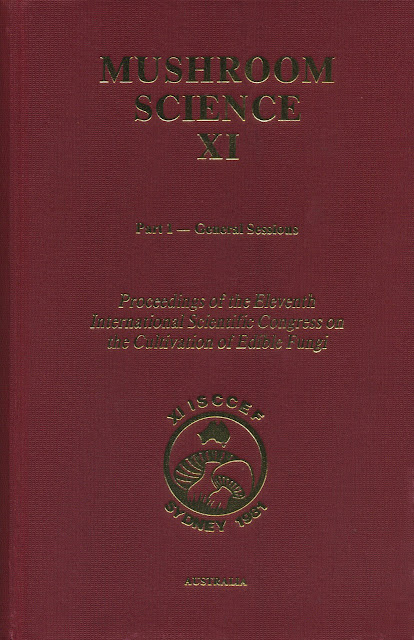 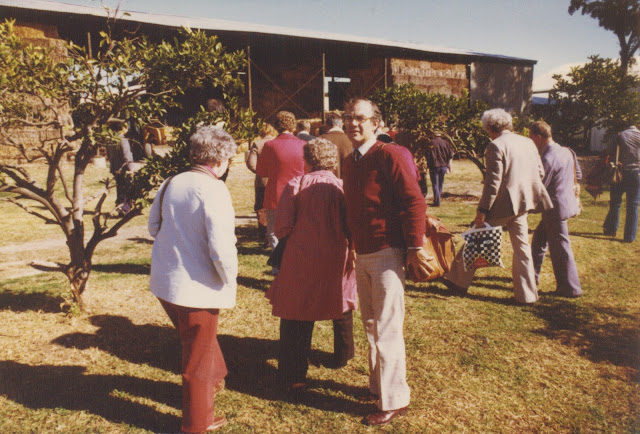 The only photo we have is this, where Pieter stands looking up, with his leather bag.
This was at the John Baker Mushroom farm visit. 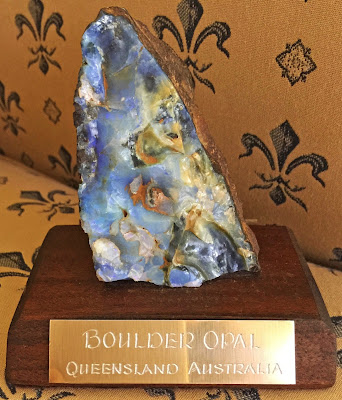 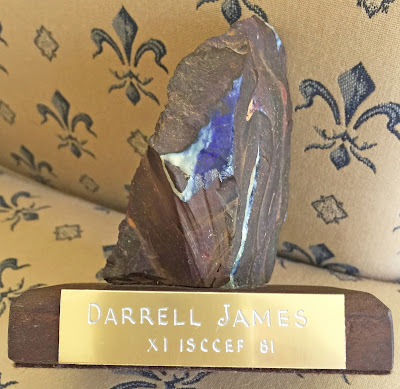 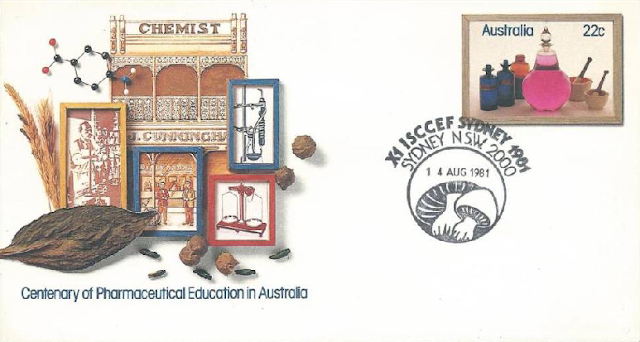 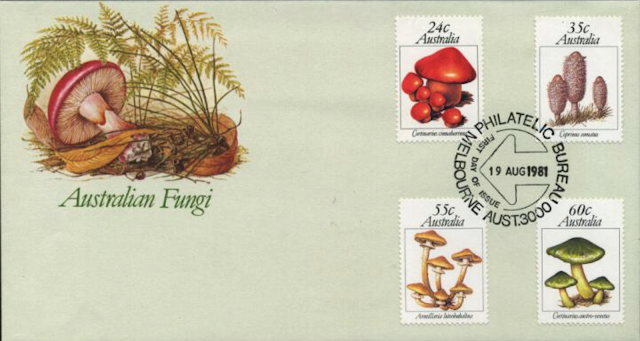 Another trip for husband Pieter, to Australia came up quite unexpectedly.
On Friday, May 15, in 1987 around noon, Pieter got the message from his Campbell Soup boss, that he had to go to Australia on the 23rd of May!
That was at the time that my Parents had flown back with us, coming from Amsterdam, The Netherlands to Atlanta/USA for their very 1st flight!
Staying with us for one month.

On May 16, I flew together with Mom & Dad to Amsterdam and on Monday 18, I drove the 290 km to Rechterfeld, north Germany to work at a big mushroom farm.
Pieter was in Canada for Campbell Soup on the 18th. 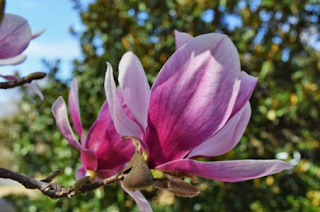 Happy because I got to see 3 x in a row the Japanese Magnolias bloom...
Dublin, Georgia/USA
Horst my hometown in The Netherlands
and again in north Germany!

May 21, Pieter called from Canada and home in Dublin, Georgia on the 22nd. 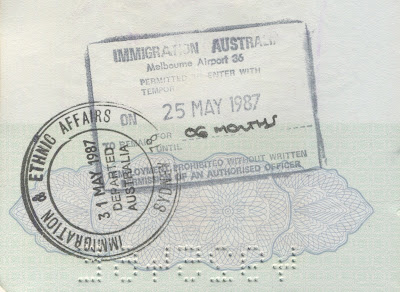 Pieter left for Australia on Saturday, the 23rd of May, arriving in Melbourne on May 25...
May 27, Pieter called me in Germany, from Australia.
On May 31, Pieter left from Sydney, back to the USA...
Monday, June 1, he got back home in Dublin, GA/USA and called me in Horst, The Netherlands and on June 3, I flew back home to Atlanta with Dutch business man Jan Thielen, my youngest brother's boss.

Happy to be united!

We lived a very intense and busy life... but gathered lots of fond memories!

Thanks for your visit and comments.