My 1st Trip to India - Consulting Together with Husband Pieter

On March 2, 1990 we both traveled from Atlanta, USA (yes we had moved back from Italy) to Amsterdam, The Netherlands in 8 hours on a KLM Royal Dutch Airline flight.
There we had a layover of some 8 hours.
On days like that it is priceless for having an airline courtesy card with access to their business class lounge. For reading, writing and relaxing. We also did make phone calls (old fashioned coin machine) with the family in The Netherlands.
We left again on KLM Royal Dutch Airlines for Delhi, India and on Sunday, March 4 we arrived early morning in Delhi at 6:00.
Through customs and checking in for the flight to Madras (now Chennai), the capital of the state Tamil Nadu.
A representative of Pond's India Ltd. did meet us and drop us off at the Trident hotel in Madras.
We were exhausted and slept till 19:00 and had some room service as food and by 22:00 in bed for the night.
On Monday March 5, we got up at 3:30 and re-packed our suitcases for an early flight at 6:15 to Coimbatore. We would be going on to Indonesia for living and working there. So we packed only our work clothes for the job here and the other suitcases stayed behind with Pond's.
In Coimbatore we were met by a person from Pond's India mushrooms.
A very dusty but interesting ride up into the Nilgiri Mountains, to our destination in Ooty.
The first time that I saw an elephant in one of the villages, donkeys, buffalos and lots of monkeys alongside the road.
Passing palmtree woods and eucalyptus tree woods. 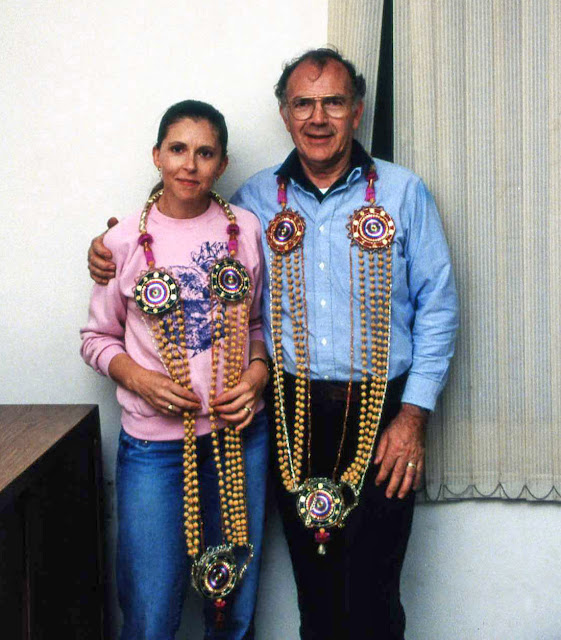 We arrived at the Mushroom plant by 11:30 and we got garlanded as a traditional welcome.
We filled that first day till 18:00 - we were very tame by then... 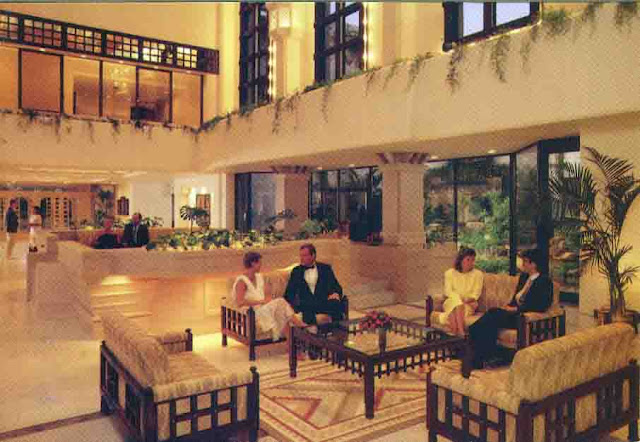 It had been a long day, since we got up at the Trident hotel in Madras...
Waking up at 3:30 in the morning in order to go to work! 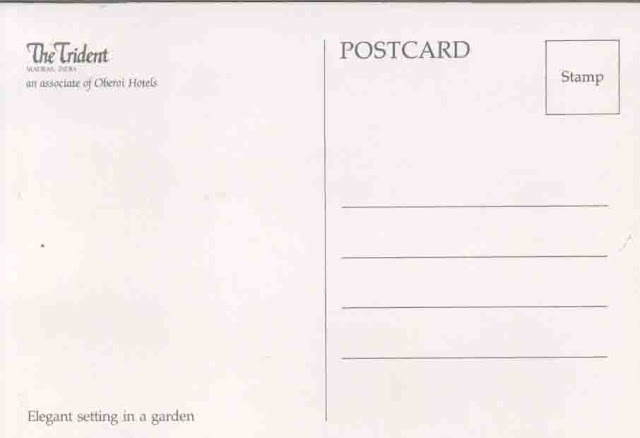 Just to show you the luxury of hotels in India. Elegant setting in a garden; indeed!
But we hardly could indulge as we were there only for 1 short night. 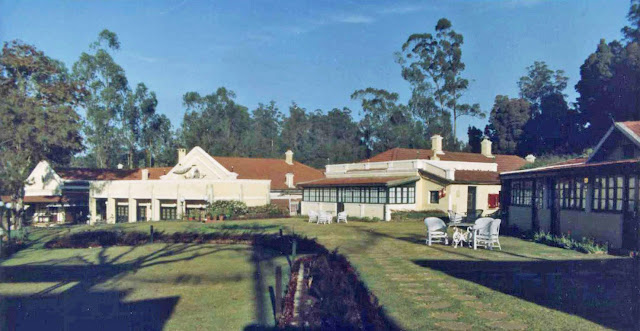 So here we are now at the Savoy Hotel Cottages in Ooty.
For 11 nights, so we have now a base to start from and don't have to pack every day...
The Taj Group's Savoy is one of Ooty's oldest hotel with parts of it dating back to 1829.
These 19th century cottages are surrounded by 6 acres of landscaped gardens. 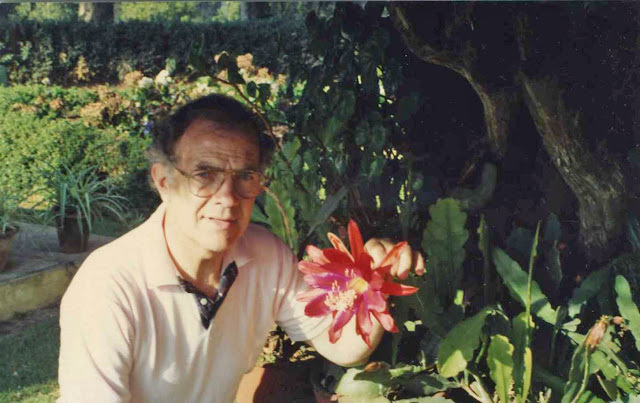 Such lovely garden and this huge Orchid cactus lived in a tree.
We took a starter home from this...
Ooty is called the Queen of Hill Stations, a former British Resort area and it is nestled in the Nilgiri hills (can be translated as The Blue Mountains). Eucalyptus trees grow in this area and also the Neelakurinji flower turns the hills blue, every 12 years! Click on link that shows the Neelakurinji in the bordering state of Kerala.
Ooty Udagamandalam (also known as Ootacamund and abbreviated as Udhagai or Ooty (click link for more and for photos).
Just to give you an idea how we traveled to our work during those 11 days.
There is a famous Botanical Garden and they have thousands of Roses...
So much to see and explore but as usual, we were not there as tourists!

~
One morning in our 2nd week, we did ride the Nilgiri Mountain Railway from Ooty to Ketti station.
Actually a Toy Train...
It is a UNESCO World Heritage Site since July 2005. Click the above pink hyperlink to learn more.
Nilgiri Railway was made famous through cinema first in 1984 with David Lean's 'A Passage to India'.

This is a short video about Nilgiri Mountain Railway and at 10:44 you can see the Ketti Station where we got off.
Quite an experience!
Ketti station is at 2,109m or 6919 feet altitude and it goes till Fern Hill at a height of 2,193m or 7195 feet, the highest point on the railroad. Shortly before Ooty, the line dips downhill.
Now you also know why the Palace, where husband Pieter dined during his solo trip, is called Fernhills Palace, once the Maharaja of Mysore's summer residence. (see post below about Husband Pieter's ADVENTUROUS 2nd Trip to India).

We both worked with pleasure at this mushroom plant high in the mountains.
Very nice staff and also my group of harvesters and supervisors with whom I worked rather intense.