As mentioned in my previous post, we continue now on our way to Chamundeshwari Temple Mysore.
Sarath proved to be an excellent and knowledgeable guide and we all four went first to Chamundi Hills and did visit the famous temple of which the original shrine got built in the 12th century and  the towers in the 17th century. Click on the pink hyperlink above for more info. 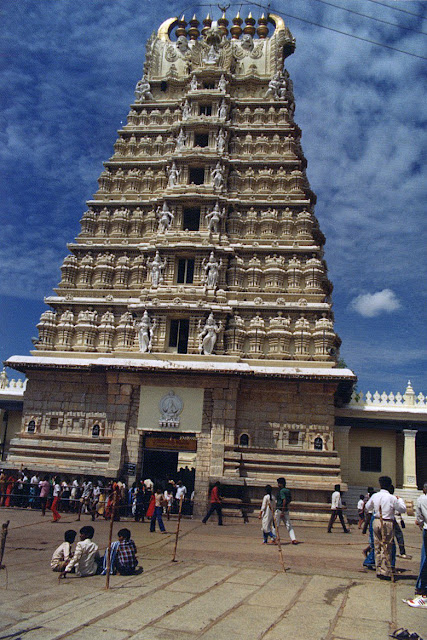 This is the 17th century temple in all its splendor.
Famous for its 7-storied, 40 meter high gopuram.
The temple can be accessed on foot by its 1,000 steps. 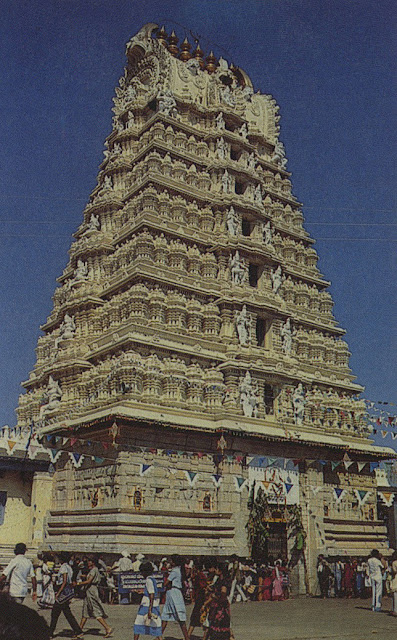 Here you can see part of the side of the quadrangular structure, which looks different than the front and back. 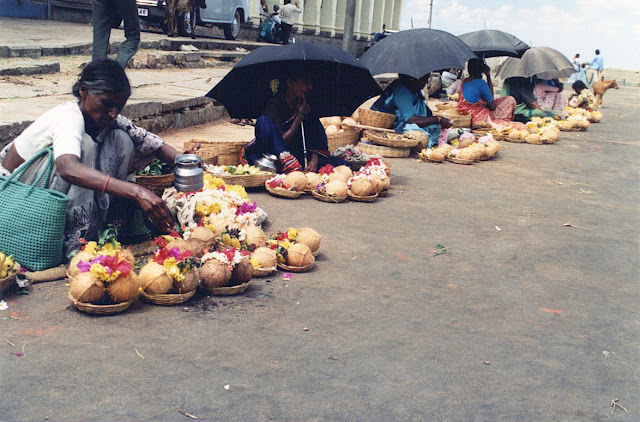 Offerings for the temple are being sold outside. 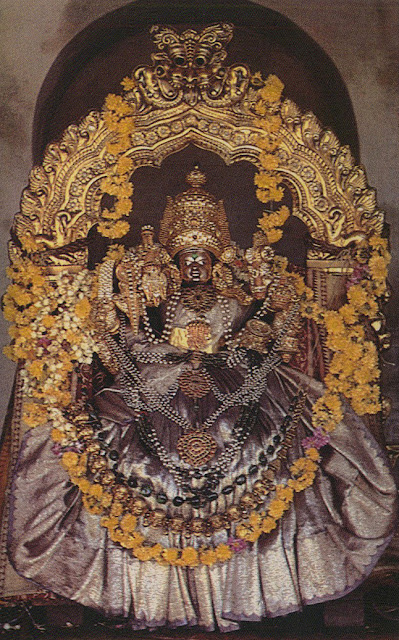 Goddess Chamundeshwari, Mysore (officially Mysuru) in the state of Karnataka.
It is believed that this is made out of solid gold...
Both of us did go inside the shrine and it was quite an impression.
The Indian Hindu mystic is something that makes an impact on the visual effect of displaying a Goddess.
All the fragrant flowers and the beautiful temple architecture touches ones soul!
Partly also because of the intense experience of the people around you.
So we also walked up to the Hindu priest who put an orange dot on our forehead and it really did touch you, all those arches and see through areas with images that made you almost peek inside a kind of heaven!
You have to walk bare footed or on your socks... 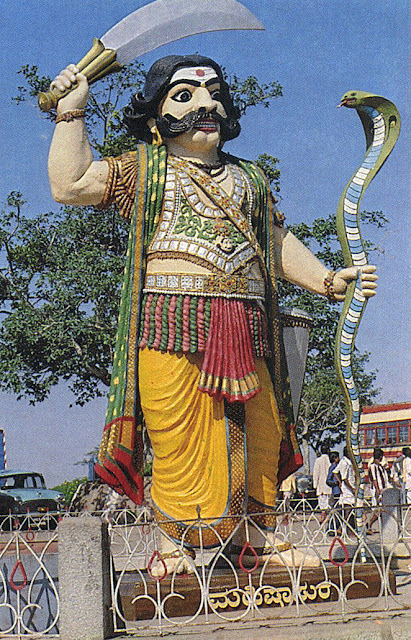 Close to the Chamundeshwari Temple on Chamundi Hills stands the gigantic statue of the demon king Mahishasura with a sword in his right hand and a cobra in his left. 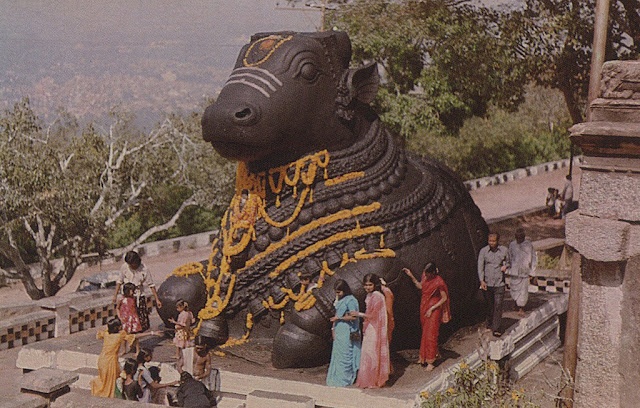 Half way up Chamundi Hills in Mysore is also is a huge granite Nandi (bull) a 94.8 m carved monolith.
This Nandi of Mysore is over 350 years old. Click pink hyperlink for more info. 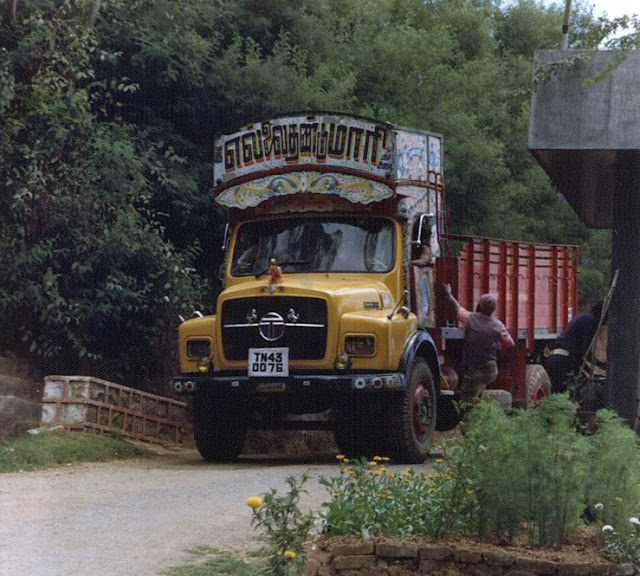 Husband Pieter always loved those painted Indian trucks, so this one got captured on camera...