While living and working in Italy, Pieter got invited to come to the Mushroom plant of Pond's India in Ooty, Tamil Nadu in the Nilgiri Mountains of south India. 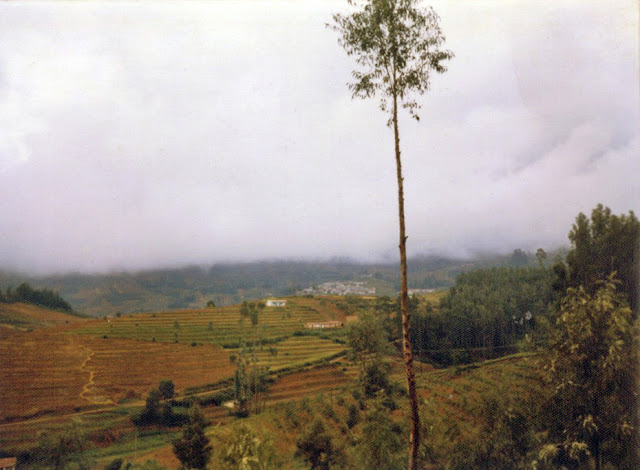 Nilgiri Mountains near mushroom plant location...
So on September 9, 1989 Pieter flew from Treviso, Italy to Amsterdam The Netherlands and from there in 7.5 hours to New Delhi, all on KLM Royal Dutch Airlines.
In Delhi, Pieter was met by a person from Pond's India and he got dropped off at the Centaur Hotel, near the airport. 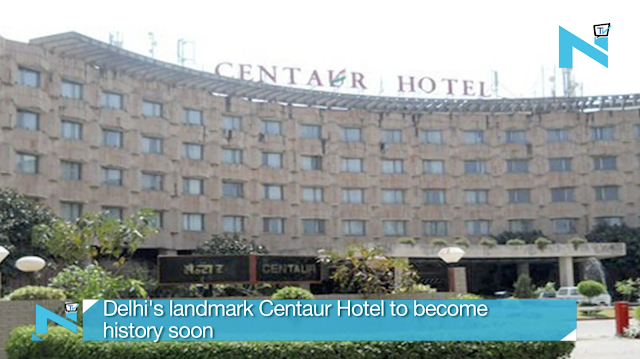 So many places where both of us have ever stayed or visited are being demolished... 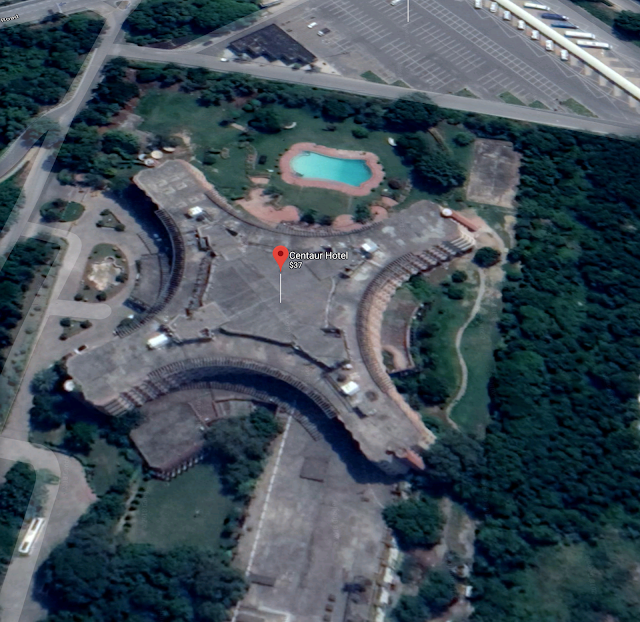 Centaur Hotel is owned by Air India and got built for the 1982 Asian Games.
Humongous size and very glitzy!
Pieter got to take a shower at the hotel and he napped for a couple of hours.
He got picked up by a person from Pond's India who took him sightseeing. 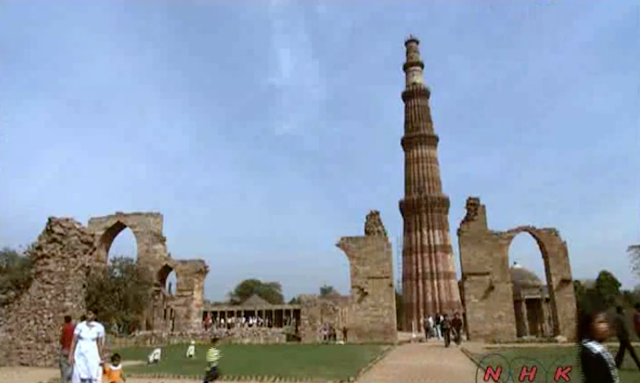 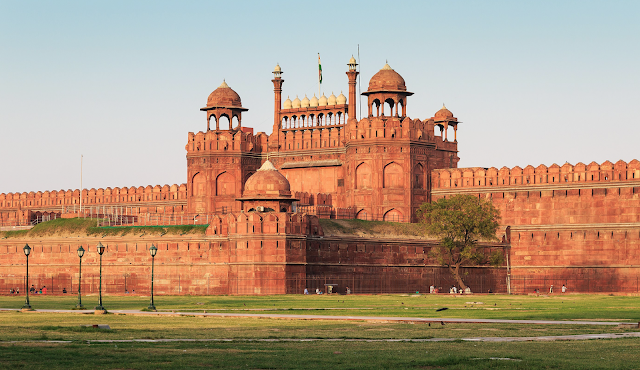 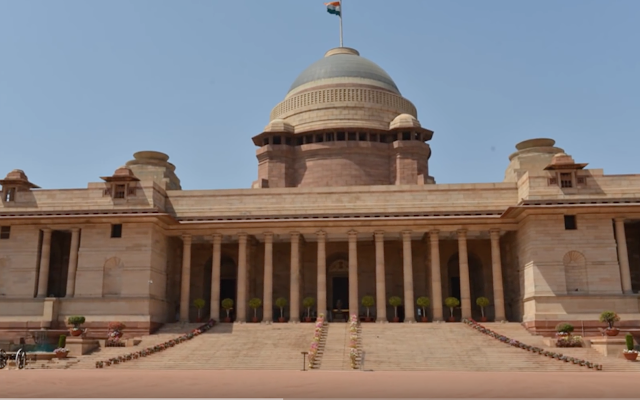 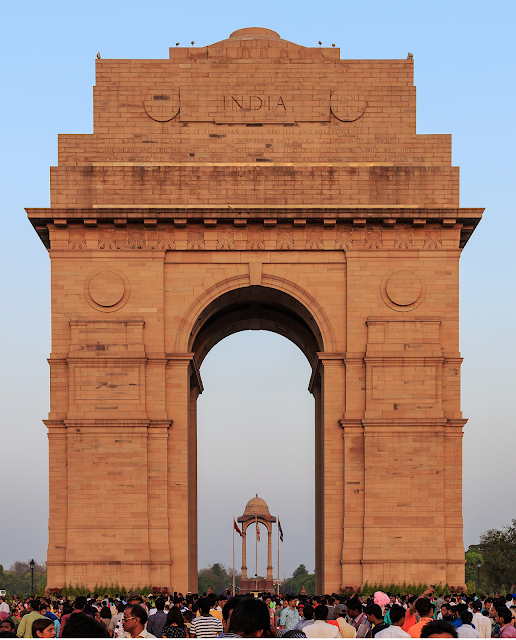 India Gate click for more info.
Pieter then went to a good restaurant with his guide and to Palam the domestic airport in Delhi for a 19:00 flight to Madras, now called Chennai.
To the hotel and in bed by 23:00.
On Monday, September 11, Pieter got picked up for a meeting at Pond's India, as a welcome he got garlanded.
Pieter managed to write a card for my Parents and mail it from Madras. Mom always collected picture post cards. 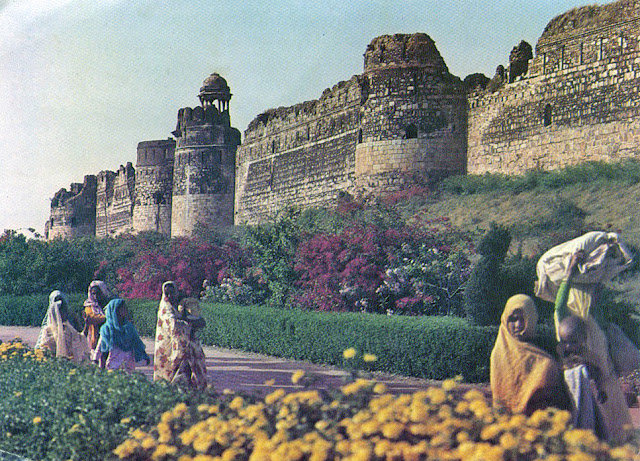 By 11:30 to the airport and flight via Bangalore (officially Bengaluru) to Coimbatore.
From there a couple of hours with an Ambassador car into the Nilgiri mountains to Ooty.
The mushroom plant is at an altitude of ca. 2,100 meters.
Again a welcome with fresh jasmine garland.
Till 19:00 Pieter did a farm walk over the small mushroom plant.
To Southern Star hotel in Ooty, beautiful suite - a pity that this time we were not together there...
After a good dinner with the manager, late in bed.
Tuesday September 12, full day at the farm and construction site. Discussion over tunnel design with architect and tired by 19:00 back in hotel. Shower and by 20:00 ready for dinner at palace once the Maharaja of Mysore's summer residence. 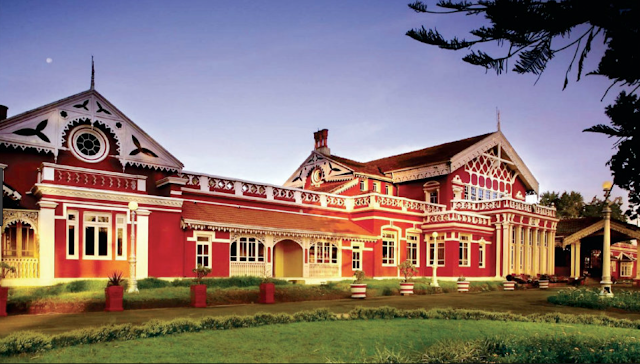 Fernhills Palace Ooty click link for more photos.
Now called Ooty Fernhills Palace Hotel and Regency Villas.
Yes, most Westerners will be amazed at the number of Palaces and beautiful structures that are being used for hotel and or restaurant in India!

On Wednesday, September 14, Pieter did call me at work in Germany... Yes, all the way from Italy during my vacation time there, I did still do consulting in Germany.

By 17:00 there was panic at the office, the morning flight from Coimbatore to Madras had been cancelled...!
Therefore they had to break up right away and instead try to go by train, in approx. 8 hours to Madras (Chennai).
The dusty ride down the mountains to Coimbatore was quite a challenge for the duration of approximate 3 hours.
Now the train tickets are being SOLD OUT!
Back to a hotel, eating a bite and in bed by midnight.
Friday, September 15, up at 5:30 because he has to catch the early flight to Madras (Chennai).
What a plane; an AVRO!

Anything is better than missing the train and flight from Delhi to Amsterdam!
With a lot of fiddling, Pieter gets around 10:00 in Madras (Chennai) and had a chance to fresh up at the hotel. What luxury a shower is!
Meeting with the general manager from Pond's India and again he received another wrapped garland and a package with Pond's products. Did report about his assessment of the mushroom plant and construction and we both have to come back early March for 2 weeks consulting; they were very pleased with his work.

Relaxing at the hotel and then to the airport.
Worrisome message about the delay of the flight to Delhi from 17:00 to 20:00.
The people from Pond's are getting concerned and start calling; what to do if the International flight on KLM Royal Dutch Airlines would be missed?!
With a slice of pizza Pieter sat down and waited; a lot of pressure always for such international consulting jobs.

The people from Pond's India do take care of you in an extraordinary way and Pieter did compliment the manager for that earlier at his office.
Bad news from the airport; plane will no sooner depart than 20:30 and on Pieter's itinerary is written that the flight takes about 4 hours - that says enough about not making the International connection.
Also considering the distance between the domestic Palam airport to the Indira Gandhi International airport in Delhi...

There will be people form Pond's to retrieve Pieter in Delhi for transport to a hotel - IF things do not work out!
Enough for getting it very warm and certainly in Madras!
They depart even later, at 21:00 but there is hope again. A direct flight of only 2.5 hours instead of a stop in Bangalore!
Of course they took away his carry-on luggage and therefore it takes forever till it shows up on the luggage belt.

A representative from Pond's is there and he'd called with KLM Royal Dutch Airlines but they'd already closed their check in desk.
Fortunately they get hold of a KLM staff member, as there are 6 more passengers for the same flight and they will try to keep the plane on the ground longer... She chartered a KLM van that transported them in about an hour to the airport.
The check in desk re-opened briefly and they depart happily through the check point.
What a relief!
The plane was full, coming from Singapore and they landed around 7:30 in Amsterdam, The Netherlands.

Pieter did call with my Parents but learned that I (Mariette) already had departed that Saturday morning at 6:30 towards Italy = 12 hours driving from The Netherlands through Germany, Austria into northern Italy and  than eastbound towards the Venice area.
Pieter's KLM courtesy card no longer was valid so it meant hanging around and no chance for taking a MUCH NEEDED shower from all the sweat, dust and diesel-exhaust fumes.

The flight to Treviso over the Alps is just a little jump and on the road below, Pieter imagined to see a white Ford Escort slowly moving homebound... At the Brenner pass on the border of Austria with Italy there was a long queue of trucks.

Pieter got home by 16:00 and he sat on the balcony waiting for me to FINALLY arrive home.
That was only after midnight. A nightmare due to the strike of truckers at the Brenner; they blocked everything so I had to take the back roads, the old ancient border route through the mountains, before the Interstate got built.

It took me a good 17 hours driving instead of the usual 12 hours.
But we were happy to see each other and Pieter was pleased with a slice of rice/whipped cream pie from my Mom and a huge bar of chocolate from his Mom.
She lovingly handed it to me: 'Here, this is for my youngest...' And that was the last I ever heard from her in person as she died in November.
As hungry as I was and for me being a chocaholic; I did NOT touch that bar but delivered it faithfully.