Our Historic Christmas in Italy - END of Romania's Communist Dictator

As most of you know, we lived and worked about one year in Italy.
That also included one Christmas...
Watching TV on Christmas day, in Italian and also in Romanian, which I understand for about 60% since it is one of the Roman languages. 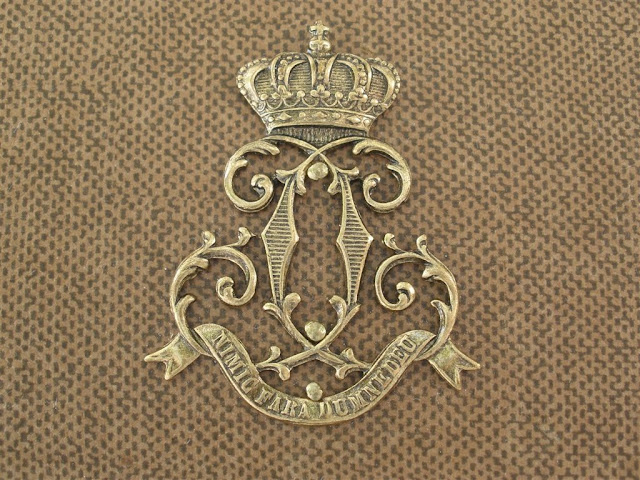 On December 22, 1989 the Romanian Revolution had started.
On December 25, 1989 the communist dictator from Romania got executed together with his wife...
Execution of Romanian Dictator Ceausescu and his wife Elena on Christmas day 1989 click on link.

Quite shocking to see this unfold on TV on Christmas Day!
Read more about Romania by clicking this link.
Still former Communists dominated the country till 1996...
The place where both got executed is now a national museum and you can see photos here.
We've never been to Romania yet...

We didn't study politics, but traveling and working almost all over the globe, we have seen too much of the negative impact on the population as a result of communism and socialism.
Almost all over the globe and including our then neighboring countries close to Italy, like Slovenia where our First Lady Melania is born.
In my work in Italy, I've trained several women from Slovenia who fled before the breakup of the former Socialist Federal Republic of Yugoslavia. 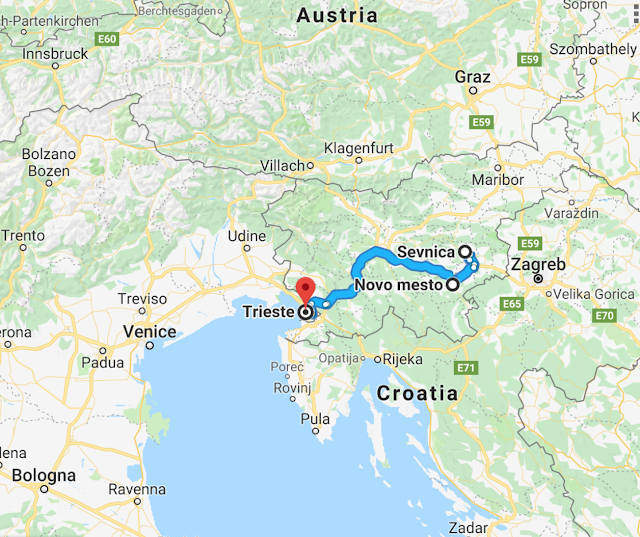 We both lived in the Province of Treviso, near Venice, Italy.
Our cars did arrive per container from the USA, in the harbor of Trieste, which is right on the border with Slovenia.
We had to go there, to pick them up and driving both cars home.
Our First Lady Melania Trump is born in Novo Mesto, not far from Trieste.
Melania did grow up in Sevnica, which is only 2 hours and 15 minutes away from Trieste! 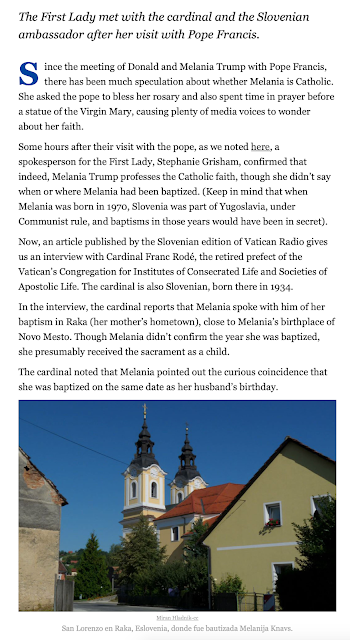 San Lorenzo in Raka, Slovenia where First Lady Melania got baptized
Melania Trump was baptized Catholic, confirms Slovenian Cardinal Franc Rodé click on link.
In an interview by Larry King in 2005 Melania is saying that she left Slovenia 15 years ago, so that means she left in 1990. We left Italy in January of 1990,
Click here and go to minute 12:37 where she starts saying this.
Husband Pieter and I can only admire our First Lady Melania Trump, for having come from such a difficult, communist environment and yet, having made it to Milan, Italy and later to Paris, France before coming to New York, USA while being a super model.
Now she is our classy and elegant First Lady!
On Thursday, August 3 of 1995, we had a Slovenian and Romanian Wrestling Team practice in our town of Dublin, Georgia/USA for the Olympics that were held in Atlanta.
Our local Chamber of Commerce called me to ask if I knew Slovenian or Romanian. No I said but I sure can understand Romanian and if I speak slowly Italian, we can communicate. That's what we did over supper and those men had an entire wish list for their girlfriends that I could translate into English and also point them to the right store for obtaining... They were very happy and we felt good as well.

Both of us also have visited another communist country, Hungary and we have seen with our own eyes the impoverished people's suffering.

We only pray that more and more people in this world, still under communist rule, will get to experience their FREEDOM.
God forbid that our own USA is going the Socialist route...
We both have come a long way for escaping its vicinity and at times it looks like we're heading right into it!


Related links:
{Romanian box with Royal Blazon: Nothing Without God} | previous post by me