{Have YOU Ever Seen the Making of Silver in Kotagede, Indonesia?}

Just would like to ask if any of you ever have seen the making of silver in Kotagede, Indonesia?
Our travels as international consultants did give us many opportunities for getting to see unusual things. Living and working in Indonesia, we already did purchase several hand made silver items in the past but we actually never had observed in great detail how this was coming about. Usually a team of about six men, in the 'Silver City' of Kotagede near Yogyakarta on the island of Java, Indonesia would work at our favorite SS silver shop. We had ordered a coffee set on a tray and that took those six men about six weeks to make. That was in 1992... 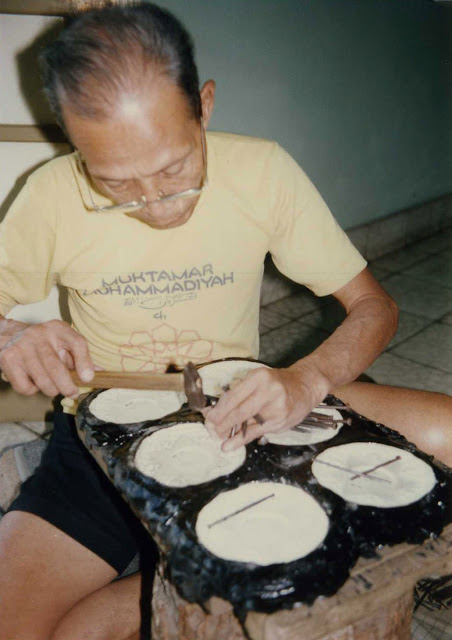 Many techniques of making silver have remained unchanged for centuries. You can click on the hyperlink for info. Such as is evident here where a worker starts out on a mount of tar and using a long nail... This looks rather rough for creating such beautiful pieces in the end! 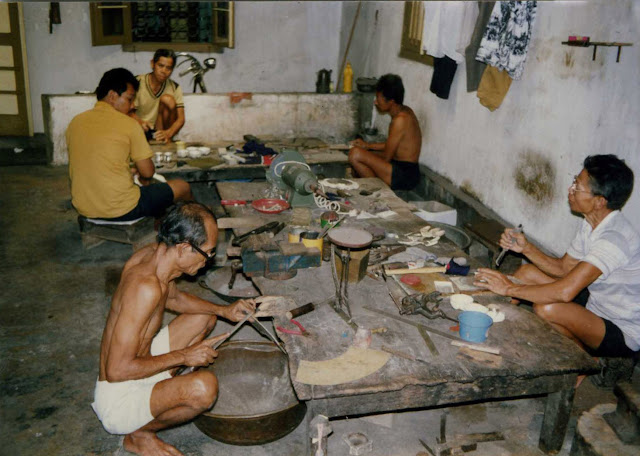 This is the work shop where our items came about. Look how they have to squat down or sit without any back support. People in the USA, Canada, Europe or Australia don't realize how lucky they are for having work conditions in a much more favorable environment. These men were farmers that worked in the rice fields in the morning and in the afternoon they worked as silversmiths. The younger generation is not following in their footsteps and as you can read below this post in a publication from The Jakarta Post, December 11, 2009, it is a tarnished future of Kotagede silver; mainly due to the economy.
We treasure  those pieces that we obtained while we were working and living there. Not just hastily bought tourist souvenirs but carefully selected designs that we had made as we had time for them to create it.
Lots of friends were thinking that silver was dirt cheap over there but one must realize that precious metals like gold and silver are directly linked to the US Dollar and therefore have a world market value. What was cheap for our standards is the labor done by those six men. If that would have to be calculated at our hourly wages, no one person could afford any piece of jewelry or other item! 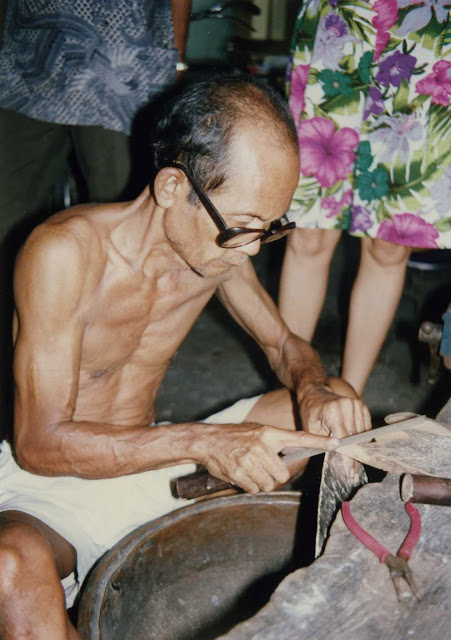 This is the man that sat squatted down, on the left... all the silver that is being spilled, they do catch and it is being reused of course as it is too precious. That is me standing beside him while husband Pieter took this photo. Our best friends John & Becky from Dublin, Georgia have been with us to this very silver shop and work place in June of 2001. That was our last consulting work period. Just prior to 9/11. 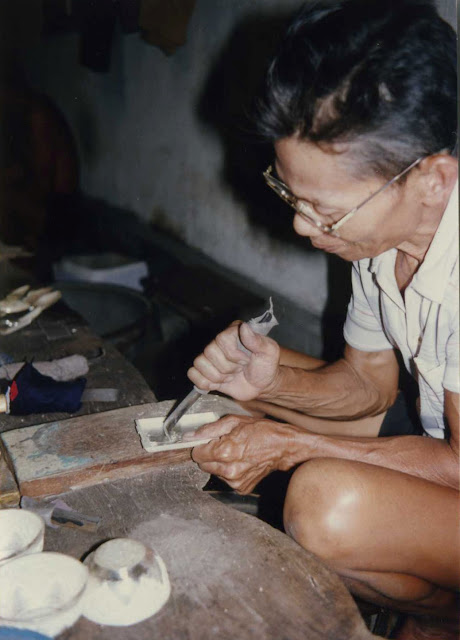 Each person has a different task... 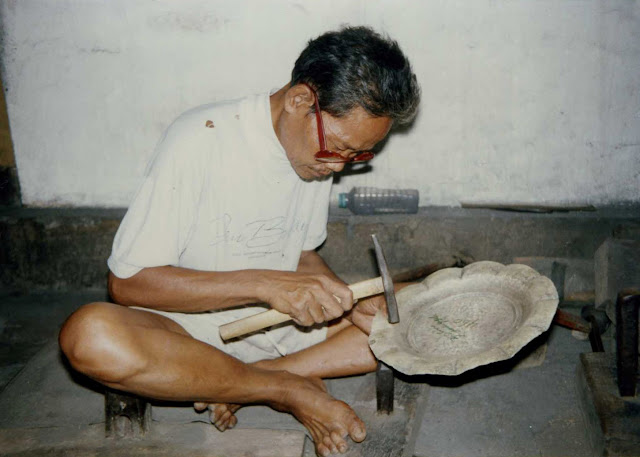 Guess that my dear friend Johanna Gehrlein and author from the book  Rosen-Bestecke  (Rose Flatware) would far better be able to explain their detailed work...

Posted by Mariette VandenMunckhof-Vedder at 6:03 PM

Email ThisBlogThis!Share to TwitterShare to FacebookShare to Pinterest
Labels: Consulting, Friendship, Our Life in Indonesia, Travel