{LOOK how our Epiphyllum oxypetalum buds in only 6 days till THE afternoon...}

This summer we have been lucky for finally capturing our gorgeous Epiphyllum oxypetalum's buds and blooms! It is so spectacular that I will show you this in three posts. First we start with the buds that are forming and than six days later comes an enormous burst of energy. The only other example of such a burst of growing power we know, could be in the world of mushrooms. Almost an explosion! Hard to imagine that all this power comes about for BUT ONE NIGHT of an extraordinary exotic show. 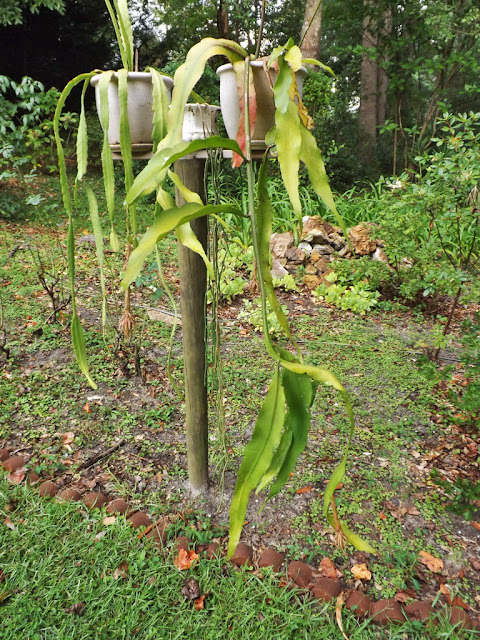 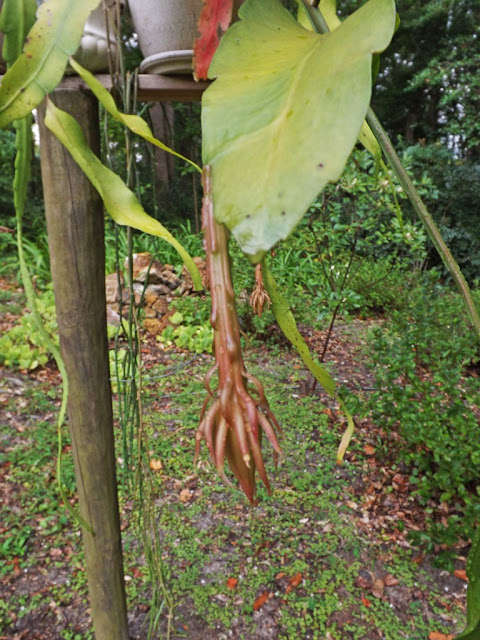 Quite a difference in size... however this tiny one will catch up in 6 days! 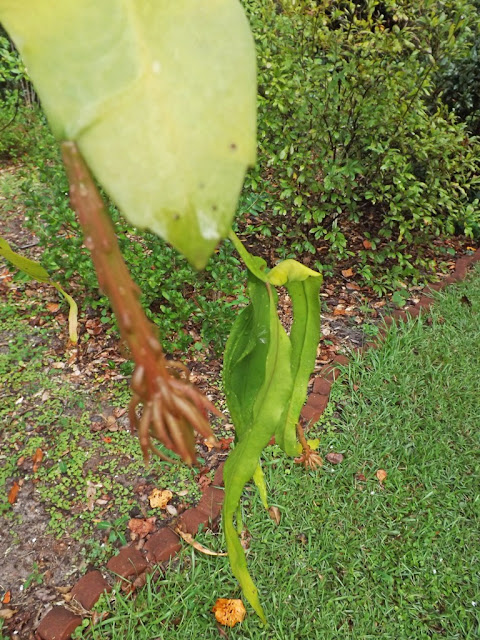 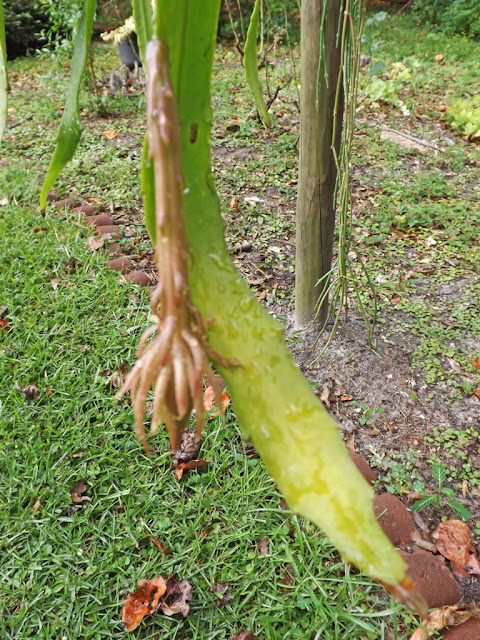 Those buds even have rather long stems.
Later you will learn why. 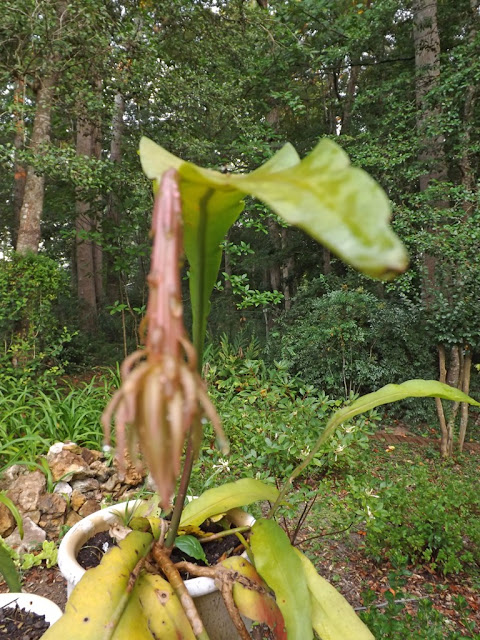 A big one at the top. 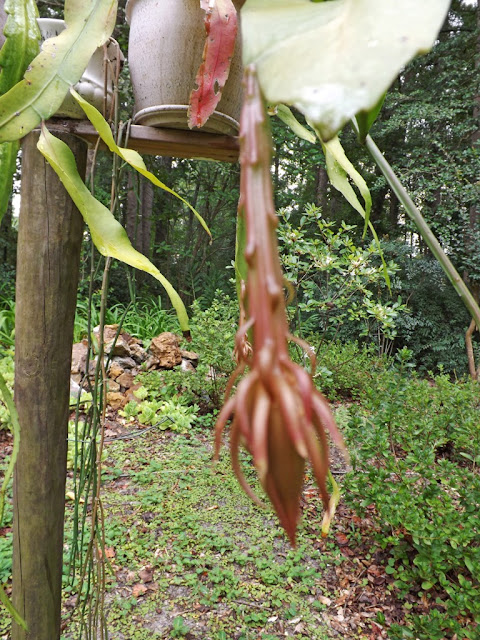 Almost like an arm with a hand...
All of them are pointing straight down! 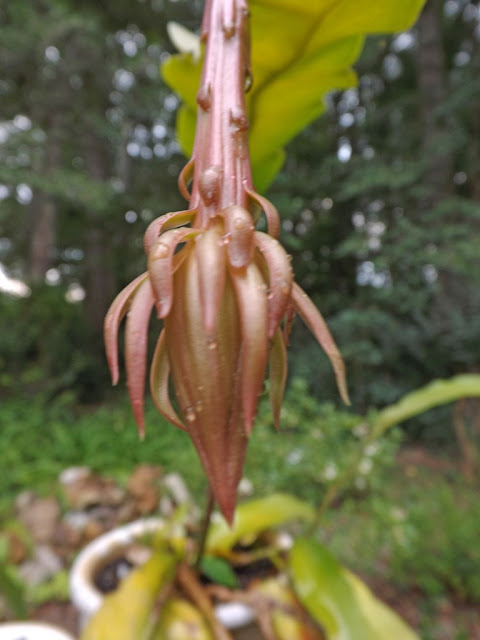 Looks also a bit like an enlarged tip of a green asparagus... 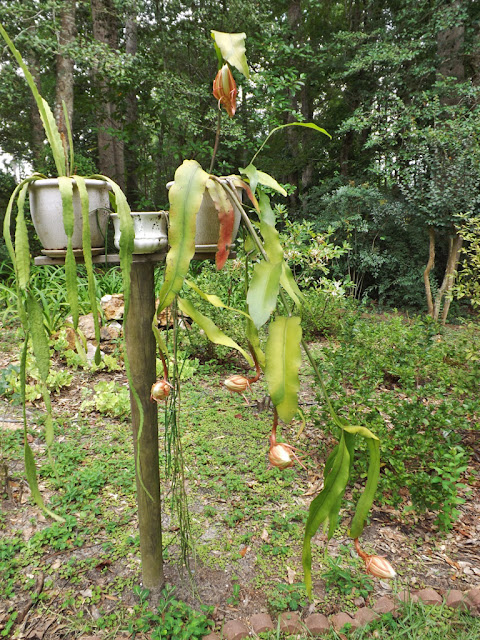 Now it is August 6, around 16:00 o'clock; only 6 days later!
We lost one of those six buds, but all five are ready to burst open now, during the coming night! 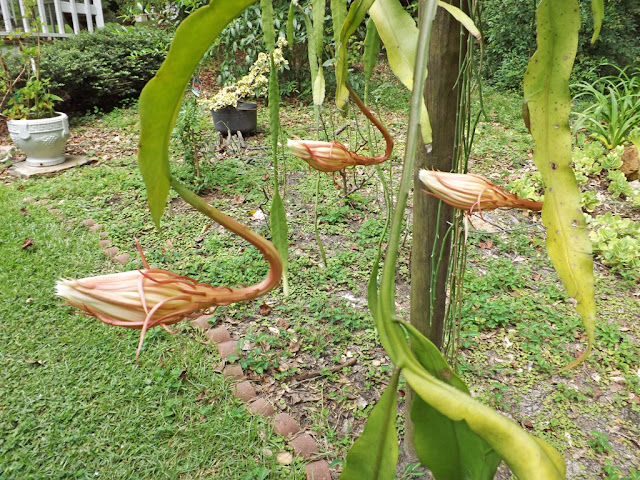 Here you also see WHY those buds have such long stems and here they already curved forward.
Those buds are pointing away from their stem, like an elegant swan neck... 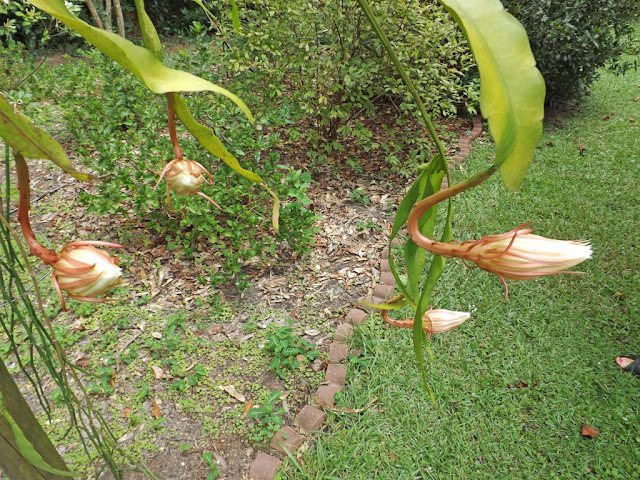 For sure it will be this coming night that they open and put on quite a show! 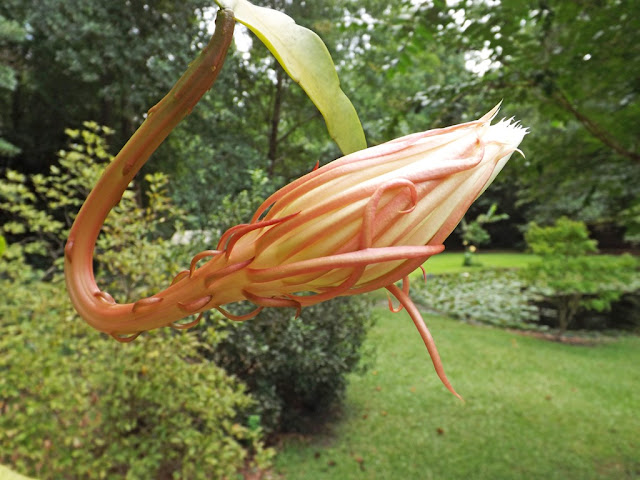 From the other side, looking towards the pond now.
What an enormous growing power... 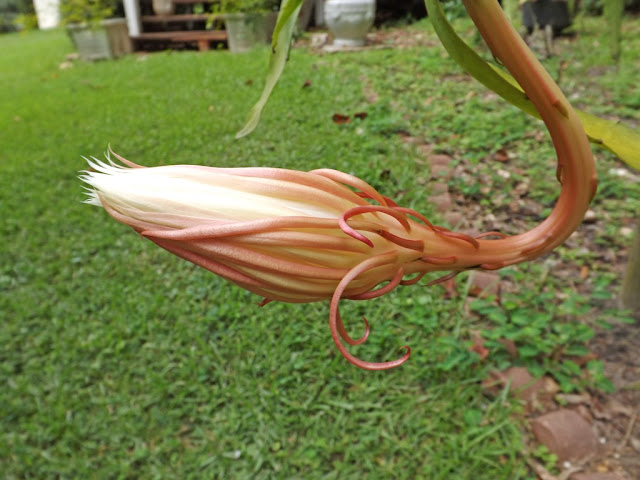 Towards the gazebo, seen in back.
Those buds are already very pretty, the way they are right now!
With their graduating colors of pink and white... 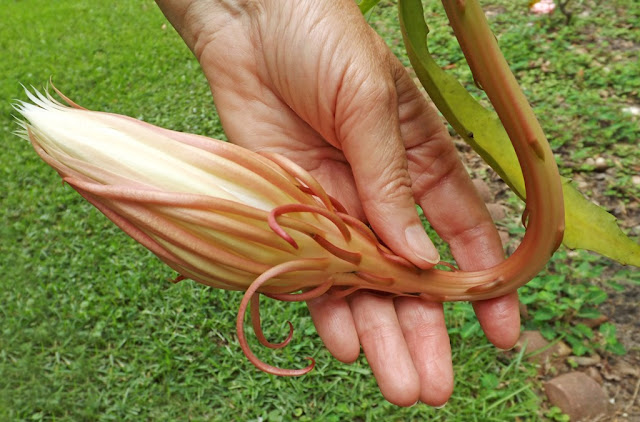 Just to give you an idea of its size, holding it inside my hand... 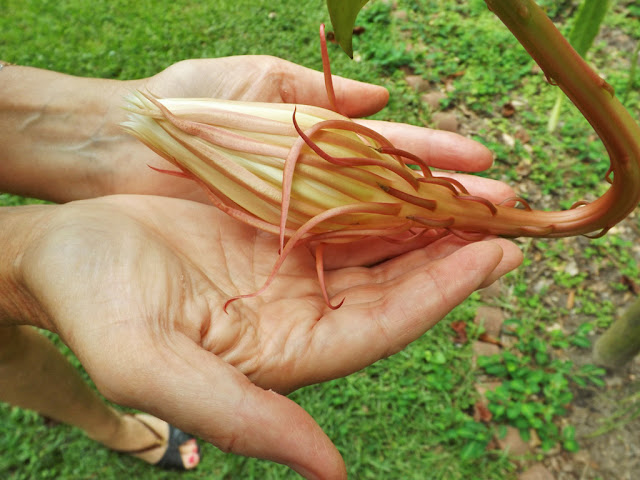 Holding it in both hands now for admiring it and letting it go.
We have our tea and I will be back at 21:00 o'clock after supper, with more photos for you.
Weird photo with my left leg totally out of proportion.
But you got the picture and next post we show you more!
Does any of you have one like this?
What do you think the color of the bloom will be like?

Email ThisBlogThis!Share to TwitterShare to FacebookShare to Pinterest
Labels: Our Fragrant Flowers