Yes, we both being 1st generation immigrants, do have a lot of Gratitude for Thanksgiving 2014!
Being alive and healthy and living in freedom with new found Friends that became Family, is a Blessing.
'Friends are family members without kinship'. -- Ronald Giphart Dutch writer
Like those 1621 Mayflower Pilgrims who celebrated Thanksgiving for God's goodness. 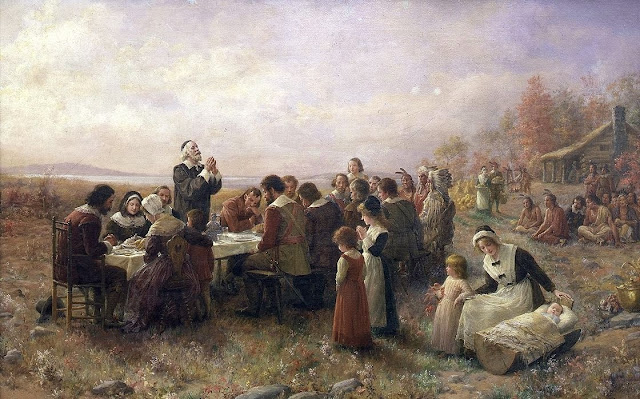 Thanksgiving By Jennie A. Brownscombe ←click it
What a fate for half of those passengers that survived the sea and the first harsh winter...
And what a FEAST after those Mayflower conditions: 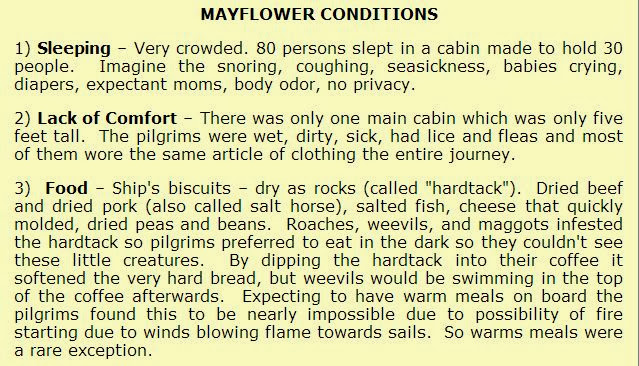 Sleeping with 80 persons in a cabin made to hold 30 people...
Food - Ship's biscuits that were infested by roaches, weevils and maggots...
Warm meals were too risky because they would set the sails at fire due to winds blowing those flames...
For 66 - Sixty Six days living like that!
The Pilgrims Come to the New World - Mayflower Conditions ←click it for excerpt above and below. 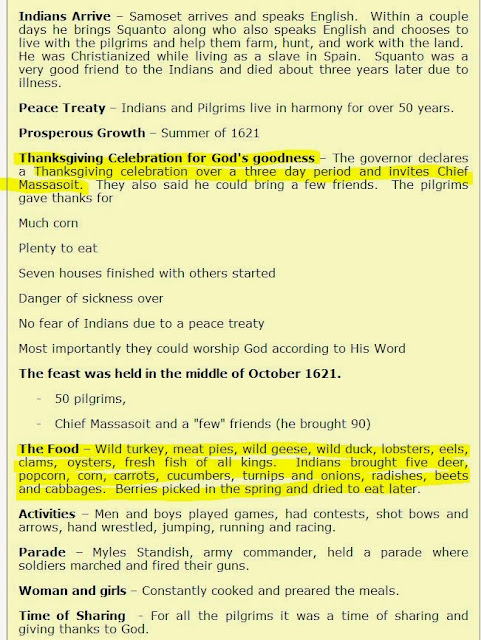 Indeed, after a Prosperous Growth during the Summer of 1621 they had a Thanksgiving Celebration for God's goodness... Only 50 pilgrims survived of the original 102
The Food - Wild turkey etc. 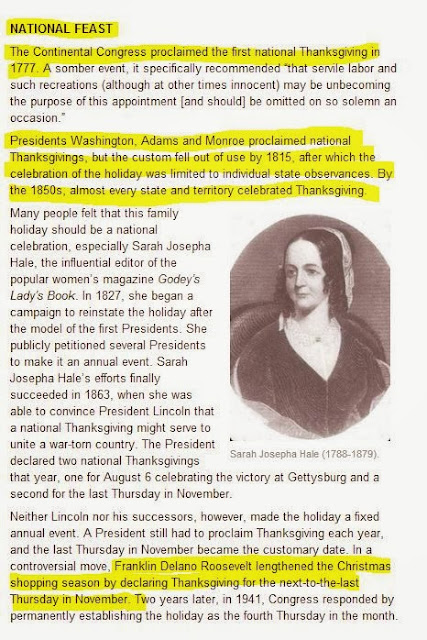 No wonder that this became a NATIONAL FEAST - Thanksgiving History (←click it and just scroll down)
as early as 1777 but without an official Proclamation. Franklin Delano Roosevelt did just that in 1941.
PILGRIMS, NOT PURITANS...
Often those early Mayflower PILGRIMS are being confused with the later PURITANS
Pilgrims, Not Puritans ←click it 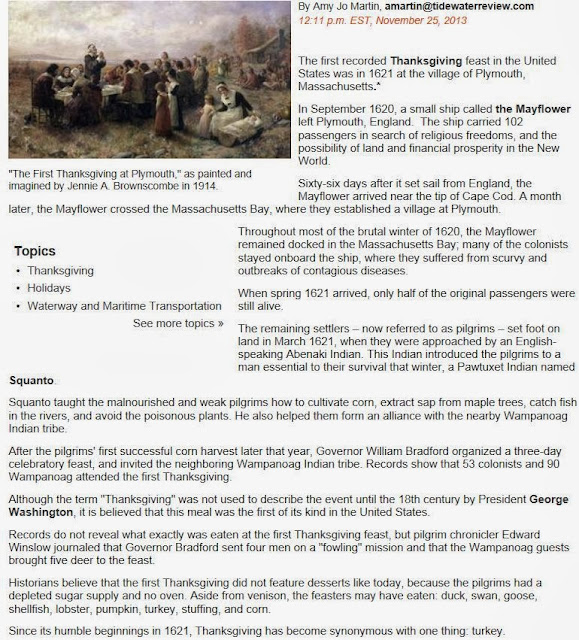 The story behind the first U.S. Thanksgiving  ←click it to link of the above

Related links:
Samoset 1590-1653 | information about this great Native American Diplomat!
List of Mayflower passengers | check those names of passengers that came from Leiden, South Holland in The Netherlands
Mayflower Compact | list of 41 male aboard and list of those that died at sea
Mayflower passengers who died at sea November/December 1620
List of Mayflower passengers who died in the winter of 1620–1621
Thanksgiving Day: Pilgrims were a surprisingly worldly, tolerant lot | Great Information!
The Red Friends of the Pilgrims
{No fewer than 7 American Presidents are Direct Descendants of the Leiden, Netherlands PILGRIMS}| previous post by me
{Happy Thanksgiving - From Pilgrim to President} | previous post by me