Well, on Friday, June 10 of 1983, just before immigrating to the USA, I did get to travel along with Pieter as he visited once more a mushroom grower that produced inside the marl caves.
This time it was the big company of Blanchaud Champignons in Saumur, France.
Founded in 1948 by Maurice Blanchaud.
We had arrived early in the morning together with Pieter and his friend Chris, HOPING to see their Saumur Château on the River Loire. 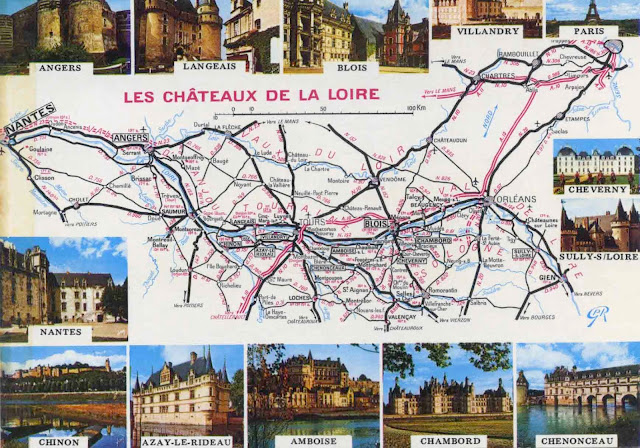 Saumur is more to the left on this map and their château is not on this card, neither do we have photos...
Well, Madame Blanchaud let us in through the impressive foyer and walked us straight THROUGH the Chateau and out on the terras, overlooking the River Loire.
Not quite the tour my friend and I had dreamed of...
While the men were gone, to work out the design of a mushroom plant, we had to manage on our own! 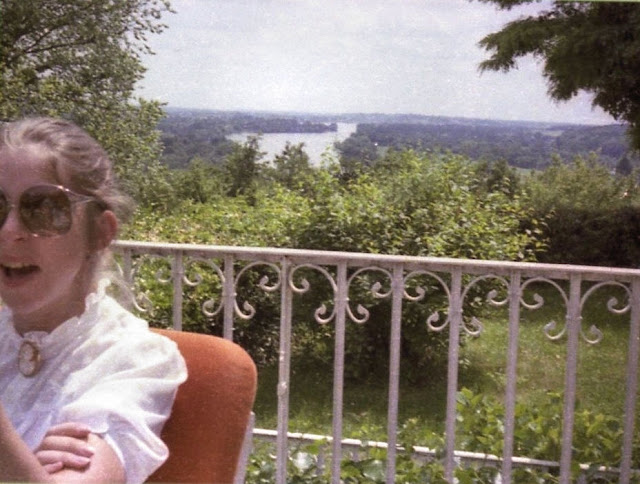 Well, it was beautiful on the River Loire but now I had to converse in FRENCH!
Madame Blanchaud knew how to help us become more 'fluent'... she started serving us wine in the morning!
Good grief, how would we LAST till lunch time, when our husbands would return...?! 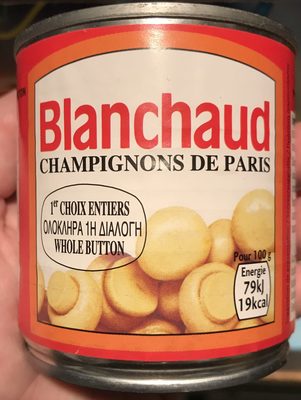 This is their label: Blanchaud champignons de Paris or Whole Button as we know them.
Yes they did grow them in marl caves and they also had a large cannery! 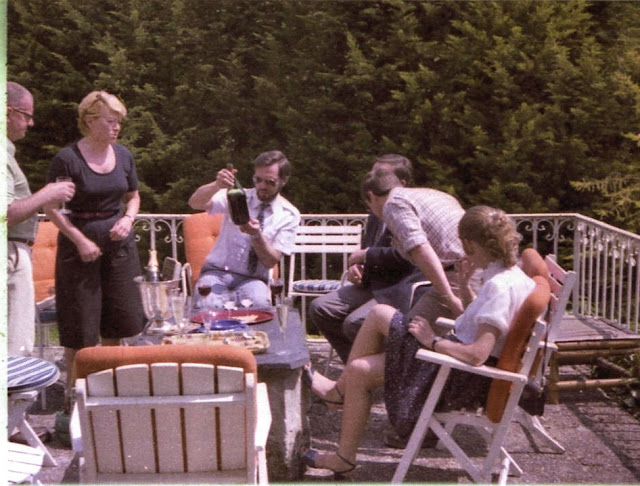 Finally the husbands returned from the mushrooms in the marl caves.
But friend Chris made one mistake, picking up the bottle and studying its label... So we had to live through yet another round of wine! 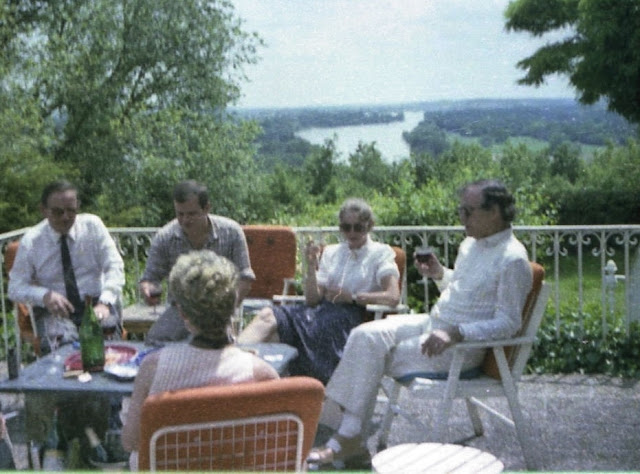 Husband Pieter now seated next to me and enjoying the red wine from the bottle Chris just studied...
After all, they just returned from work and had not had any wine yet!
Chris is the person that built the Mushroom Plants for Campbell Soup, here in Dublin and in Hillsboro, Texas and the Blanchaud family wanted to build a modern plant as well... 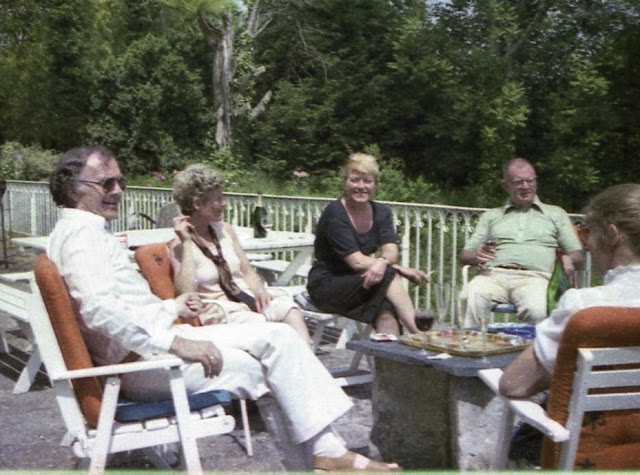 From 8:00 on, Ad (next to Pieter) and I had to drink wine with Madame Blanchaud (in black)...
My French was getting better and better - haha! 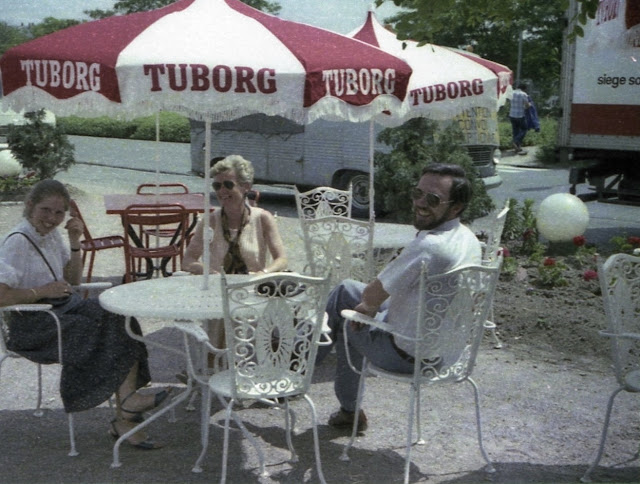 FINALLY... lunch time!
But we ran out of luck AGAIN... no seating inside the restaurant, so we had to wait outside and enjoy an apéritif while waiting. 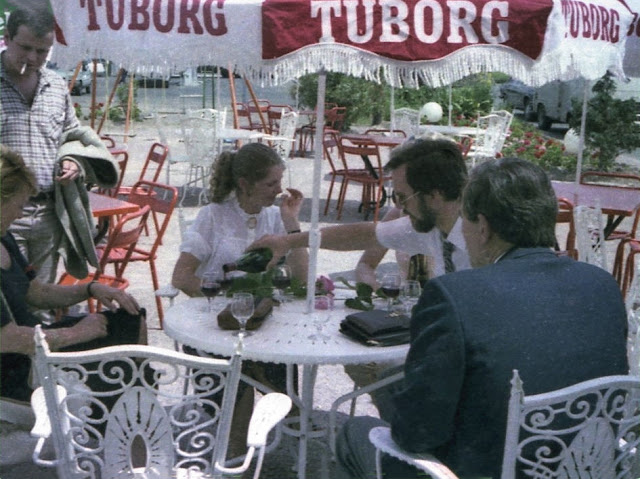 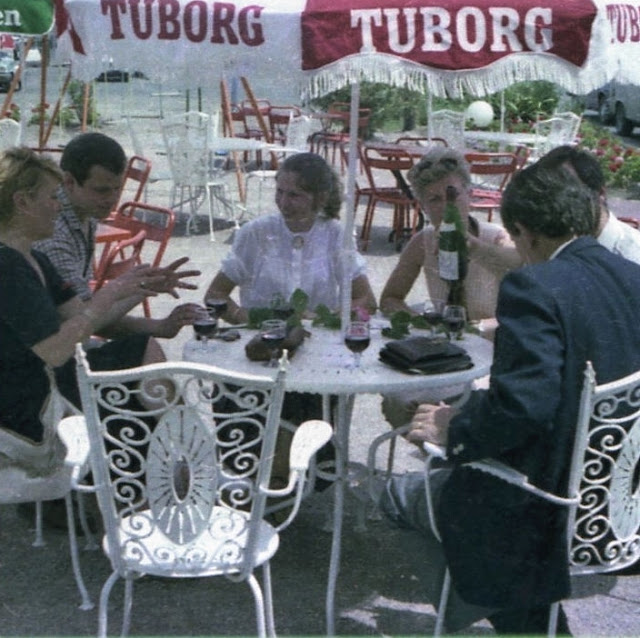 Madame Blanchaud used her hands while talking...
Suddenly I got a terrible HICK-UP! 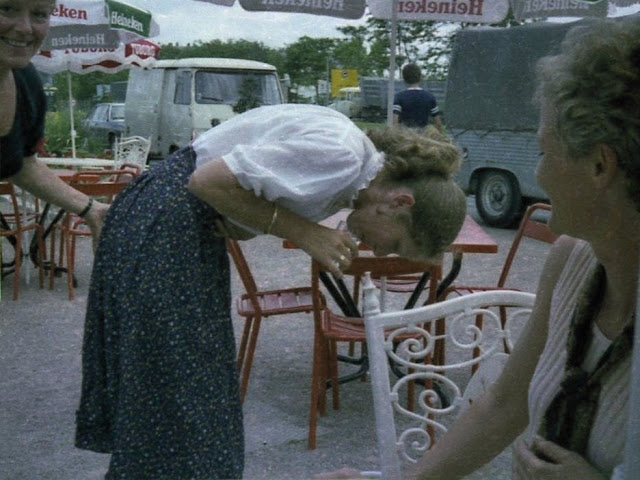 Now Madame Blanchaud taught me how to stand, while drinking water from the opposite side of the glass in order to cure that nasty hick-up. It WORKED!
We had a delicious meal inside the restaurant, no photos as our photographers with their camera were not at their best...
Monsieur Blanchaud was fetching us a BOX of the red wine (the one that Chris liked), at a nearby vineyard and he would drop it off at our hotel.
So we had to WAIT 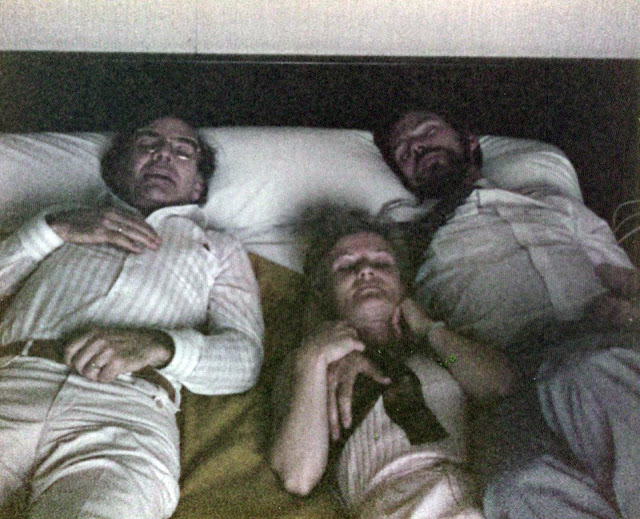 We all had collapsed in our room on the bed... we had adjacent rooms with connecting door.
Without turning the light on, I made this photo after I'd climbed on top of the armoir - an aerial view of some worn out Dutch people in France!
~
Finally the box with Saumur Champigny wine bottles got delivered and we all could finally retire...
We slept and got cured from our drinking daze! 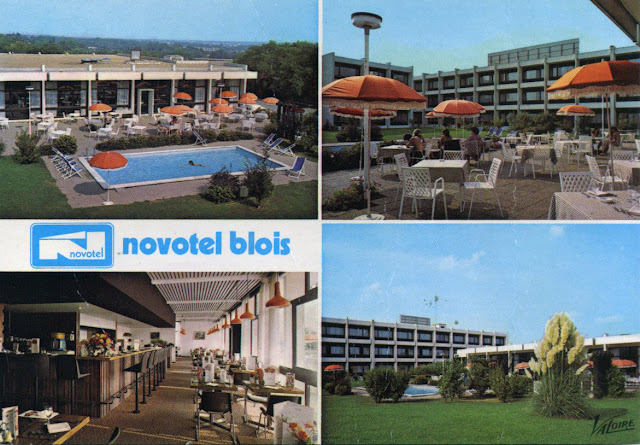 That was at the Novotel, Blois in France...

Life in the Mushroom Business can be quite interesting!