Husband Pieter left and André Sarazin to the right who is holding his sunglasses as this was on a sunny day in France.
André Sarazin did organize the 3rd ISMS Congress in Paris in 1956

They also for the first time had simultaneous translation!
Wearing a headphone and some professional translators did translate... 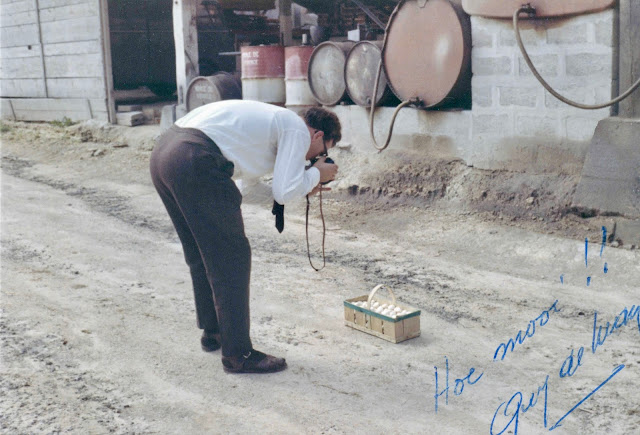 Guy de Man was quite a character for capturing Pieter this way and writing in the corner: How beautiful and signing off with Guy de Man... 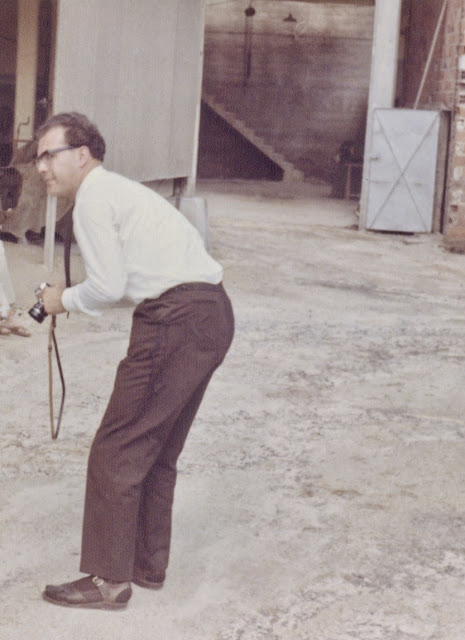 One more of such photos by Guy de Man... 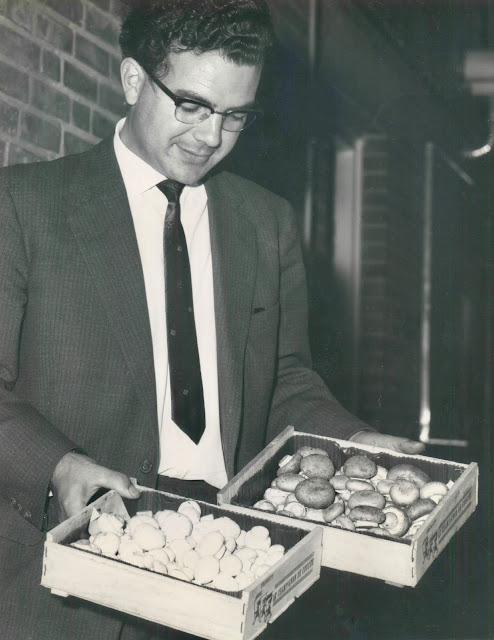 But Pieter truly was admiring the excellent quality of these brown and white 'Champignon de Couche' inside their wooden boxes!
See their broad stems?!
Hard to find such quality nowadays.
The quality that is grown inside those marl caves always looks excellent! 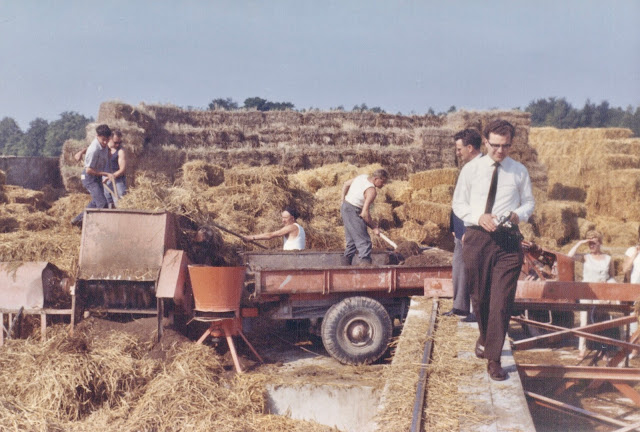 Here Pieter is with André Sarrazin at his compost place in Cuts.
This was the first grower to also have some kind of tunnel. Pieter walks on the concrete edge of a kind of cellar that was aerated from below.
Nowadays we call it a bunker, not a tunnel... 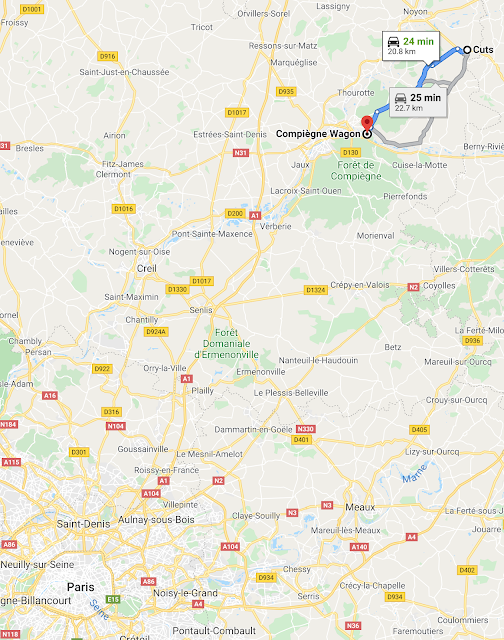 Bottom left you see Paris and to the north east you see Compiègne and Cuts where the mushroom farm from André Sarrazin was located.
André Sarrazin's marl cave business at six locations, once was the largest private owned mushroom business in France... He started it in 1958.
Sadly, André Jr. and the successor, got killed in an accident and André Sr. succumbed to grief...
The company got sold but ceased to exist as it is very difficult for mechanizing inside those rather low ceiling caves... To continue growing in bags is hard physical labor!
~
André Sarrazin did take Pieter to Compiègne, the historic location where on November 11, 1918 the Armistice agreement was signed to end WWI. 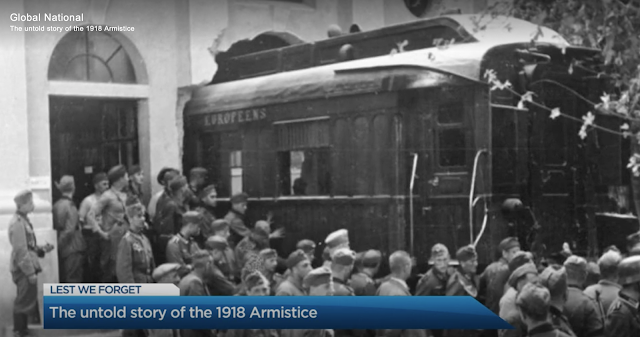 The untold story of the 1918 Armistice just click it for a 2 minute video.
~
One year while traveling in France, Pieter did show me the area as well.

History lessons we ought to all learn from!