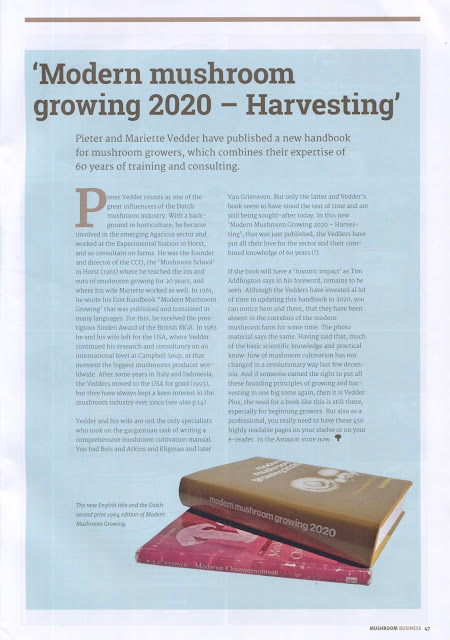 Via Snail Mail we did receive the English language Mushroom Business bi-monthly magazine.

It arrived close to November... and a week later we received 'already' their November issue.

We both are grateful to the owner Roel Dreve, of Mushroom Business (click link above).

Pieter and Mariette Vedder have published a new handbook for mushroom growers, which combines their expertise of 60 years of training and consulting.

Pieter Vedder counts as one on the great influencers of the Dutch mushroom industry. With a background in horticulture, he became involved in the emerging Agaricus sector and worked at the Experimental Station in Horst, and as consultant on farms (as a government extension service officer, before joining the Experimental Station). He was the founder and director of the CCO, the 'Mushroom School' in Horst (1963) where he taught the ins and outs of mushroom growing for 20 years, and where his wife Mariette worked as well. In 1961, he wrote his first handbook 'Modern Mushroom Growing' that was published and translated in many languages. For this, he received the prestigious Sinden Award of the British MGA. In 1983 he and his wife left for the USA, where Vedder continues his research and consultancy on an international level at Campbell Soup, at that moment the biggest mushroom producer world wide. After some years in Italy and Indonesia, the Vedders moved to the USA for good (1993), but they have always kept a keen interest in the mushroom industry ever since (see also page 14).

Vedder and his wife are not the only specialists who took on the gargantuan task of writing a comprehensive mushroom cultivation manual. You had Bels and Atkins and Kligman and later Van Griensven. But only the latter and Vedder's book seem to have stood the test of time and are still being sought after today. In this new 'Modern Mushroom Growing 2020 - Harvesting', that was just published, the Vedders have put all their love for the sector and their combined knowledge of 60 years (!).

If the book will have a 'historic impact' as Tim Adlington says in his foreword, remains to be seen. Although the Vedders have invested a lot of time in updating this handbook to 2020, you can notice here and there, that they have been absent in the corridors of the modern mushroom farm for some time. The photo material says the same. Having said that, much of the basic scientific knowledge and practical know-how of mushroom cultivation has not changed in a revolutionary way last few decennia. And if someone earned the right to put all these founding principles of growing and harvesting in one big tome again, then it is Vedder. Plus, the need for a book like this is still there, especially for beginning growers. But also as a professional, you really need to have these 450 highly readable pages on your shelf or on your e-reader. In the Amazon store now.

Next to photo: The new English title and the Dutch second print 1964 edition of Modern Mushroom Growing. 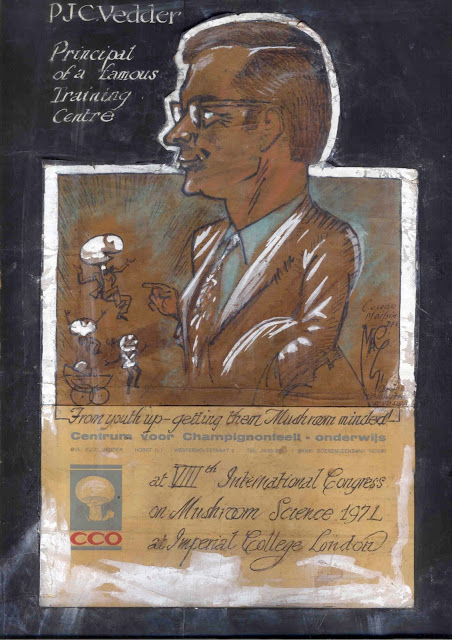 *Pieter was not the 'director' but the Principal...

Here is the English and Dutch... so those 'Dutch/English speaking (Dinglish I call it always!) can see for themselves.

*Our book was never intended as any advertisement for supplies, equipment or whatever.

Contrary to Mushroom Business, that exists for a big part because of advertisements.

Our book had ZERO sponsors, all done by ourselves, with the only aim to educate, and there is to our knowledge not a single book out there that covers mushroom growing entirely, and in a comprehensive way.

Also about Pests & Diseases, there is NONE that covers it from A to Z, like we did. 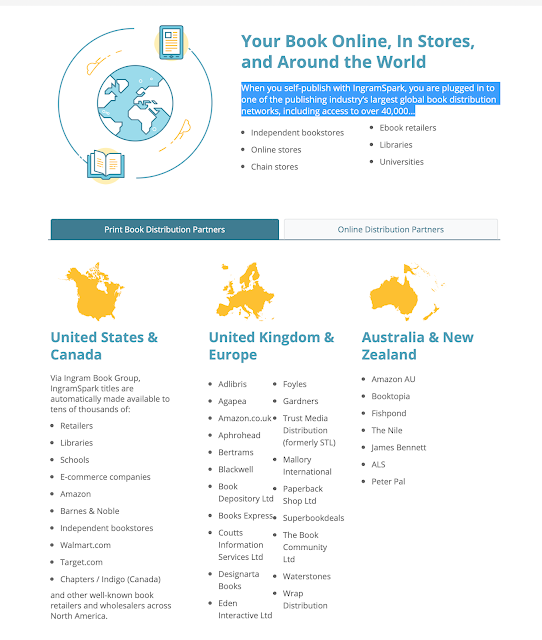 Above I've highlighted: When you self-publish with IngramSpark, you are plugged in to one of the publishing industry's largest global book distribution networks, including access to over 40,000... Where in the World are Your Books?
IngramSparks connects your book to print and book distribution channels all over the world. In addition to Ingram's print facilities in the US, UK, and Australia, you can also take advantage of Ingram's print partnerships in China, Germany, India, Italy, Poland, Russia, South Korea, Spain, and Brazil. Simply enter a price for each market available and/or check the Global Connect box from your IngramSpark account (for me, the publisher that is!), and your book will be available for in-country book printing and speedy fulfillment to all of these places locally. Reach global readers faster than ever before.

Related links from previous posts by me:

Flying Over Our Home and Campbell Mushroom Plant that Pieter Designed

1982 Sinden Award for Pieter at The Hotel Majestic, Harrogate, England