Wishing all readers in the United States of America a very happy 4th of July as we celebrate our nation's 237th Independence Day! Sharing some photos with you, taken on the 4th of July of 2012. Our home looks different this year but you will get to see that later. Don't forget to watch the 1940 video below with Kate Smith singing: GOD BLESS AMERICA 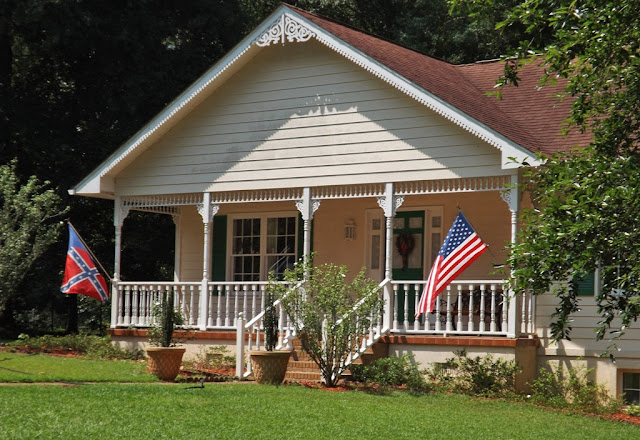 Flying the Georgia State flag and the United States flag in front of our home. 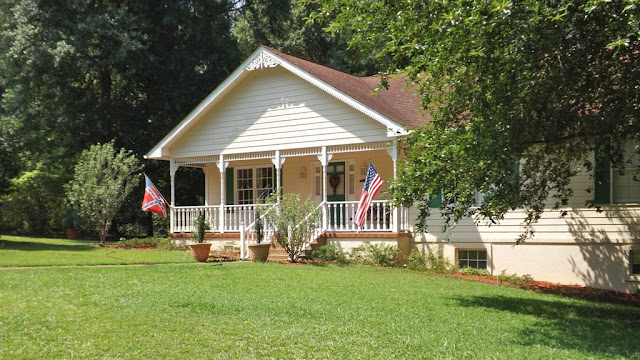 Happy 4th of July!
The link below will take you to a video showing the very first public singing of 'GOD BLESS AMERICA'. But before you watch, you should also know the story of the song.
The song was originally written by Irving Berlin in 1918 while he served in the U.S. Army at Camp Upton in Yaphank, New York. It was later rewritten in 1938 as a peace song with 'some alterations to reflect the different state of the world' during a time when Nazi Germany was threatening war with Europe.

'God Bless America' was originally introduced and performed live on Armistice Day, November 11, 1938 by Kate Smith on her radio program. It became an immediate hit resulting in popular demand for the sheet music. Afterwards, Berlin established the God Bless America Fund where proceeds from royalties were donated to the Boy and Girl Scouts of America. Read more about it: Kate Smith and her God Bless America, Land That I Love and also about her Awards received as she was honored by every President. Read more here: Kate Smith, just scroll down...

NOW HERE IS HOW 'GOD BLESS AMERICA' SHOULD BE SUNG!

Posted by Mariette VandenMunckhof-Vedder at 3:35 PM