{My 6 Min Presentation The Truth About Leprosy for GPDLI, AtAmerica U.S. EMBASSY JAKARTA}

In commemoration of World Leprosy Day I got invited by Mr. Nuah Tarigan Sahing from GPDLI (Disability Care Movement & Leprosy Indonesia) to be a speaker at the Talk Show from AtAmerica, U.S. EMBASSY JAKARTA. Of course I felt honored but it was impossible to be present for the actual presentation in Indonesia on Friday, February 28... We were coming home from The Netherlands to the U.S. on February 25. But I agreed for having a professional video made with the help of a dear friend and great donor for the Dublin, Georgia/U.S. Rotary Club's Leprosy project in Jakarta, Indonesia. Below this post you will find the two previous posts that I did write about our visits to the Leprosy hospital where also Princess Diana did visit.
Coming home by 22:15 on the 25th, I did dedicate the 26th for writing the transcript for my 6 minute video presentation. The video was made in friend Gil's studio Gillis Studio (click link) on the 27th.
Not quite recovered from my jet-lag and seeing my Mom for the very last time, but it was not about me but about Ending the Stigma.
Real video is further below... 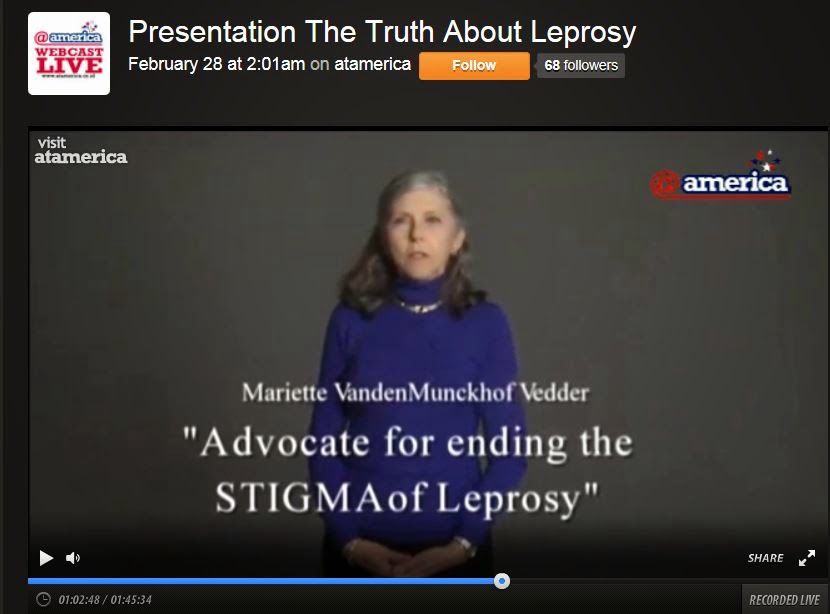 'Advocate for ending the STIGMA of Leprosy'
The above is just a screenshot; not the actual video for clicking on! That is further down... 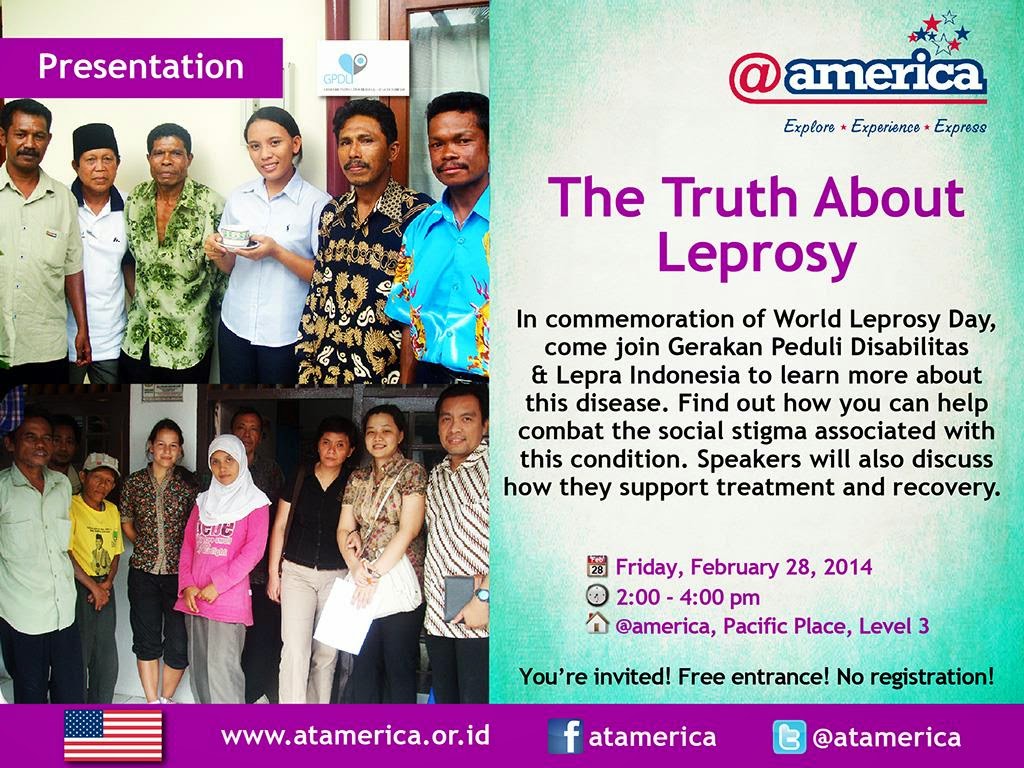 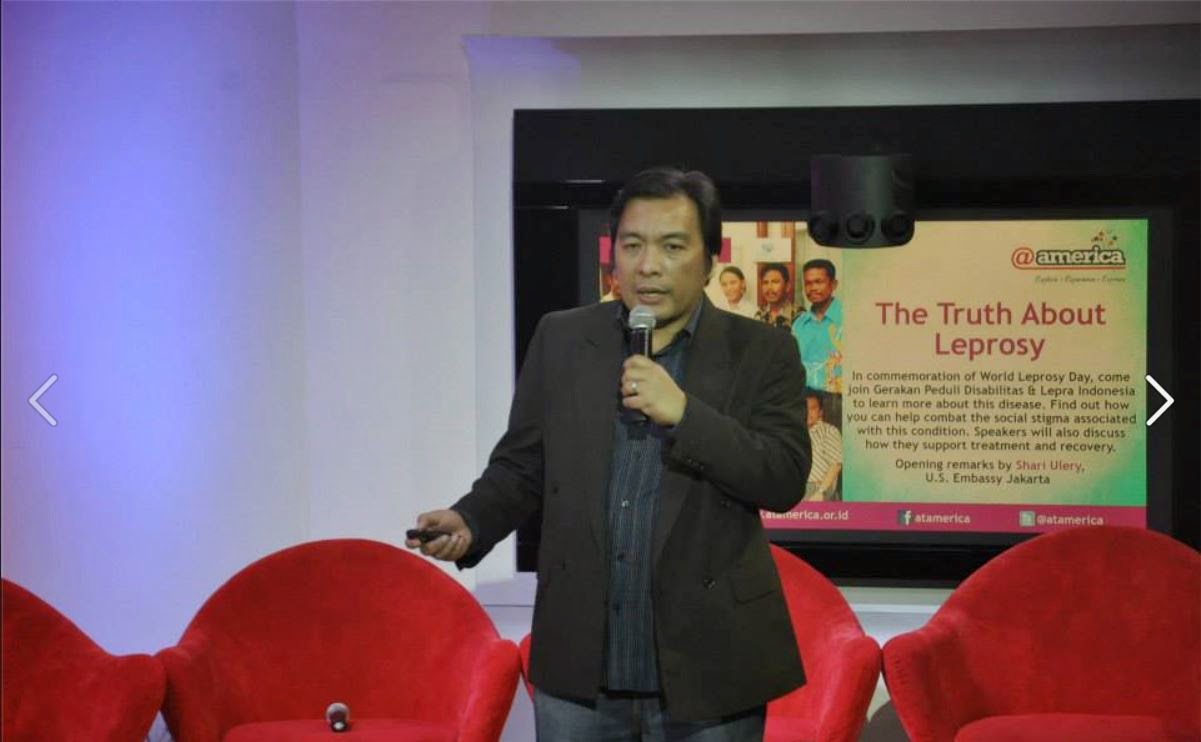 This is my contact person Nuah Tarigan Sahing, from the GPDLI, Jakarta, Indonesia.
He is a warrior on behalf of those Leprosy victims and we need more people like him that are active on social media for raising awareness. 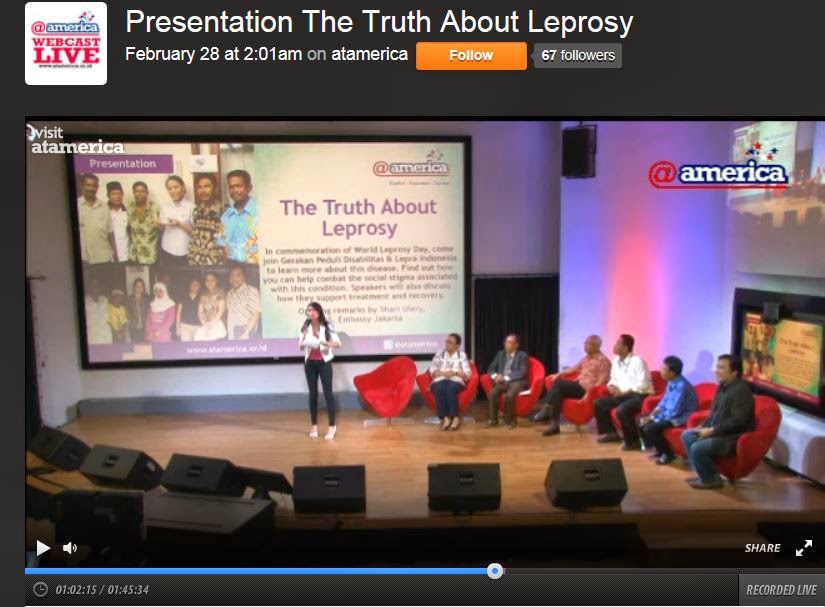 All participants in this Talk Show are seated and here the Host is introducing me as a friend of GPDLI... This is where the Live Stream (just click hyperlink) will be showing my YouTube uploaded video. This is me in the Leprosy hospital in Jakarta, Indonesia.
In 1989 this lady received a prosthesis from Princess Diana and then in 1997 from the Dublin, Georgia, USA Rotary Club. 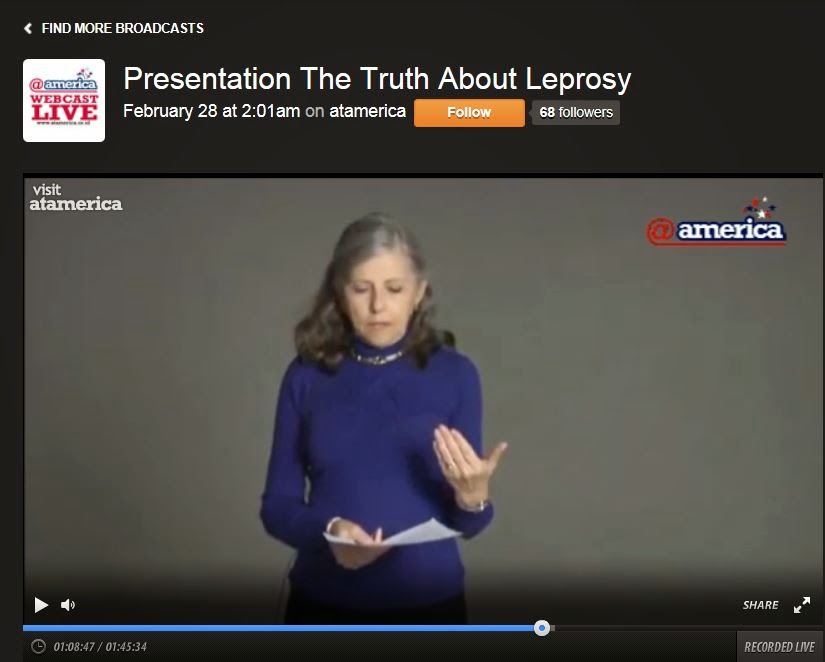 Ending my 6 minute presentation with the words: 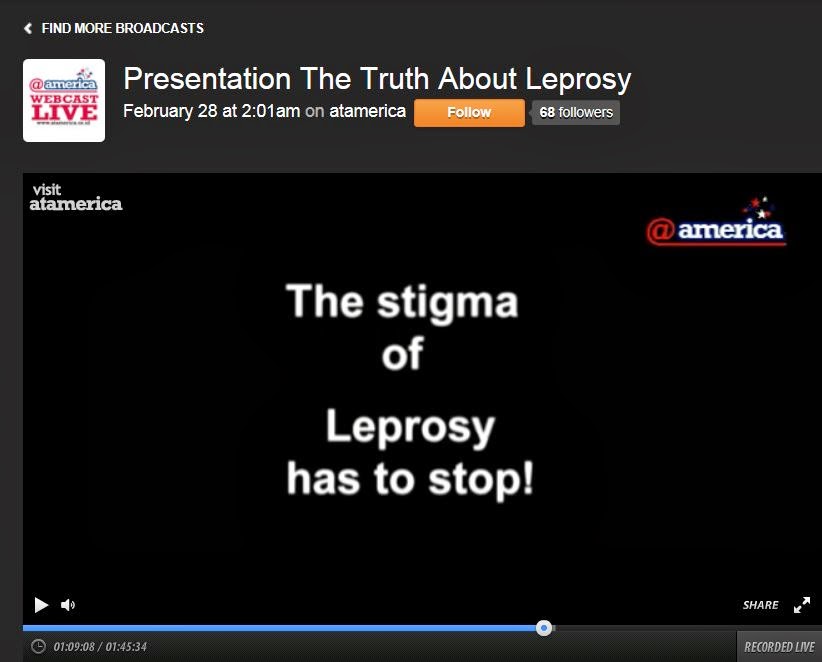 The Stigma of Leprosy has to STOP!
We need to raise more awareness in the media and with journalists. 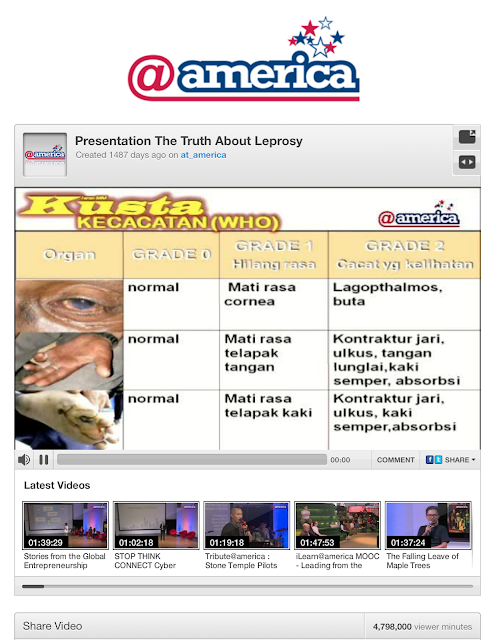