Guess most of you have had a husband, Dad or even Granddad who smoked a pipe at some time in his life. My husband Pieter did use several different pipes. Therefore we still have a collection of 6 such Vintage Pipes and also a Meerschaum Cheroot Holder. Do you know what that is? Look at the 2nd one from the right on this teak wood pipe rack below... 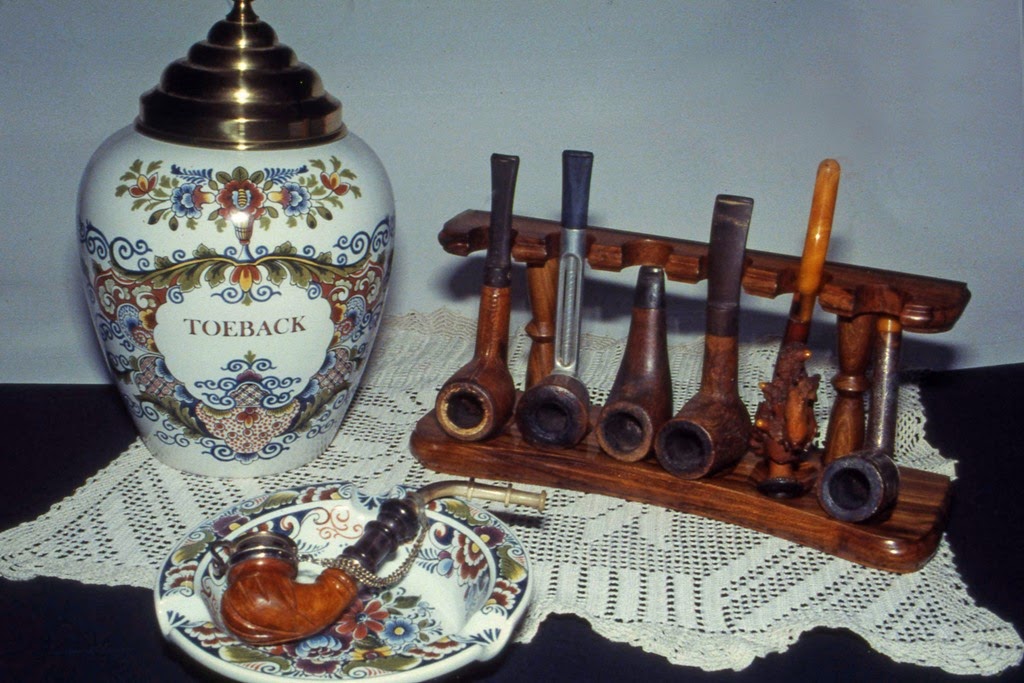 The Delft Polychrome TOEBACK (tobacco) jar is a gift from my Mother-in-law on our wedding day, together with the Delft Polychrome ashtray in which a Swiss horn pipe with stem chain and silver nickel windcap is laying. The mouth piece is probably made out of buffalo horn.
The windcap was used to avoid sparks when working in straw or hay.
Hand crocheted DMC doily is done by me... will show that later... 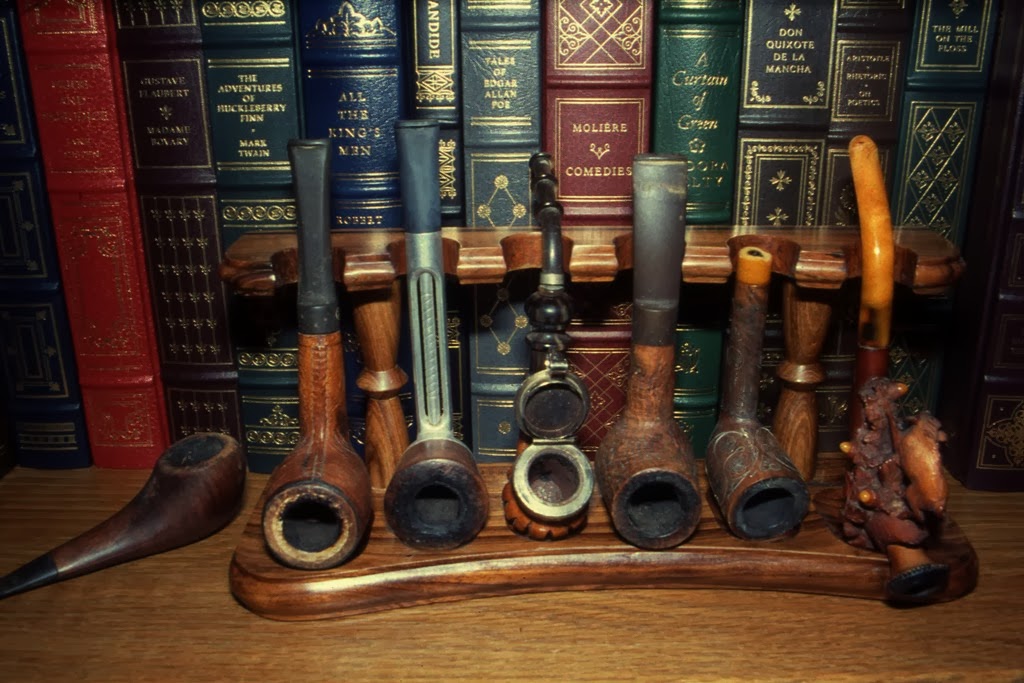 Here the teak wood pipe rack again, in front of our leather books.
The Swiss horn pipe with stem chain and silver nickel windcap is shown here opened up.
To the left you see Big Ben Pipo wtih Ebonite mouthpiece. 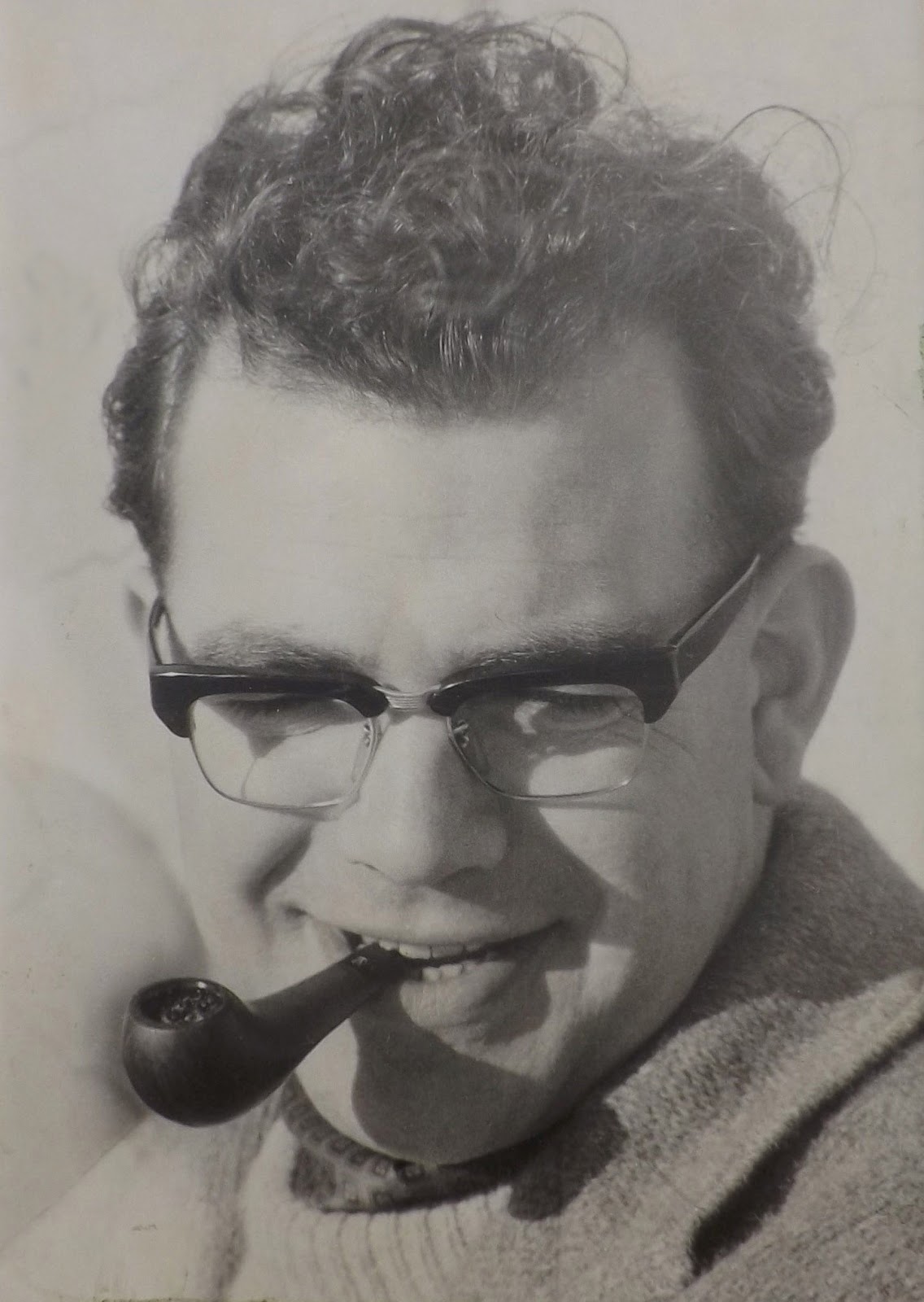 Here my husband Pieter is smoking that very Big Ben Pipo...
Those were his writing years when he published most of his books.
He quit smoking when he turned 50! 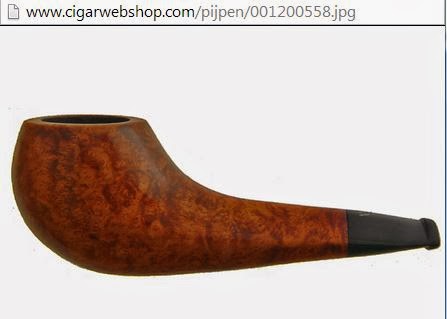 Big Ben Pipo nature with Ebonite mouthpiece (click links).
Big Ben is a brand of +Gubbels The Pipe Manufacturer. The company also has a FB Fan Page under Gubbels Pipes. All the way to the bottom, below post you find a link about this company.
Big Ben Dutch pipes original Bruyere with accrylic mouthpiece.
Bruyere is French for Briar Burl from the white heath tree, Erica arborea L., a Mediterranean Lignotuber.
It also is used for pen making. 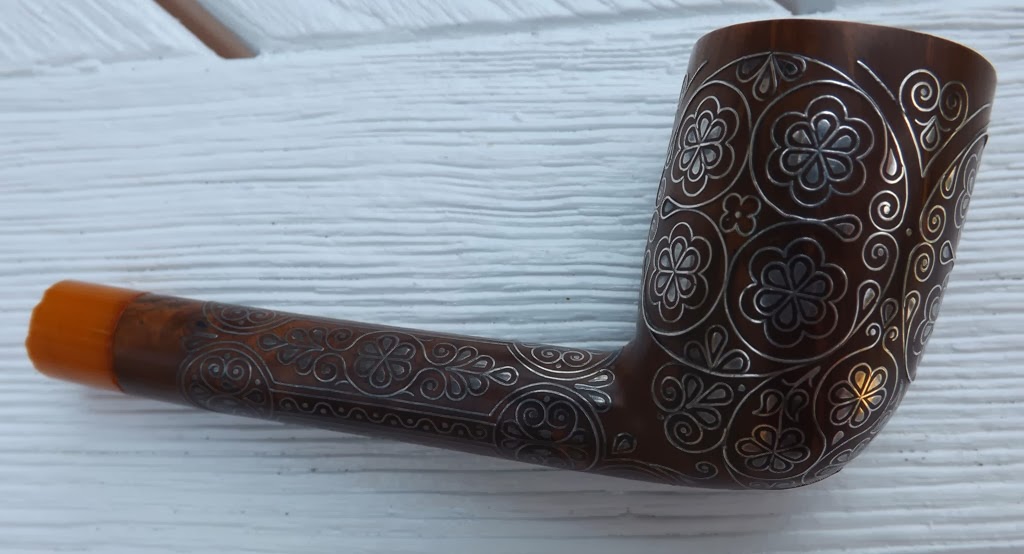 This is a Silver Inlaid Pipe that belonged to Pieter's Dad. Unfortunately its mouthpiece is broken...
This must be from the mid 19th Century and we no longer can ask questions about this family heirloom. 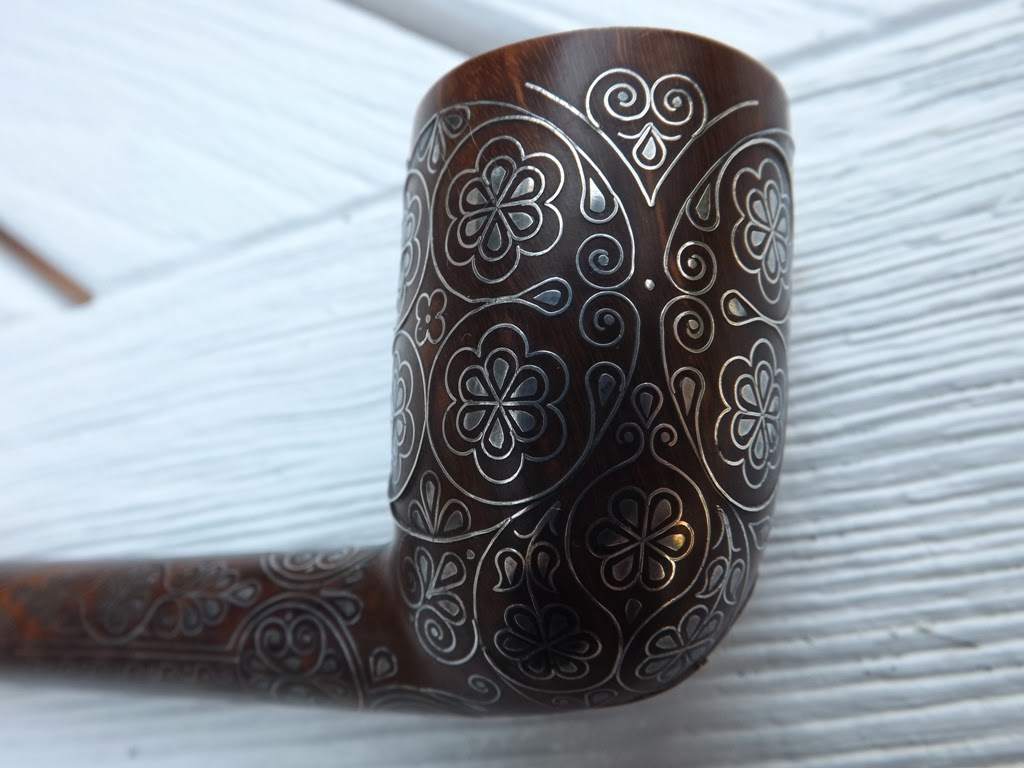 Incredible detail goes into such Silver Inlaid pipe. Wish I could observe them doing this intricate work of art! 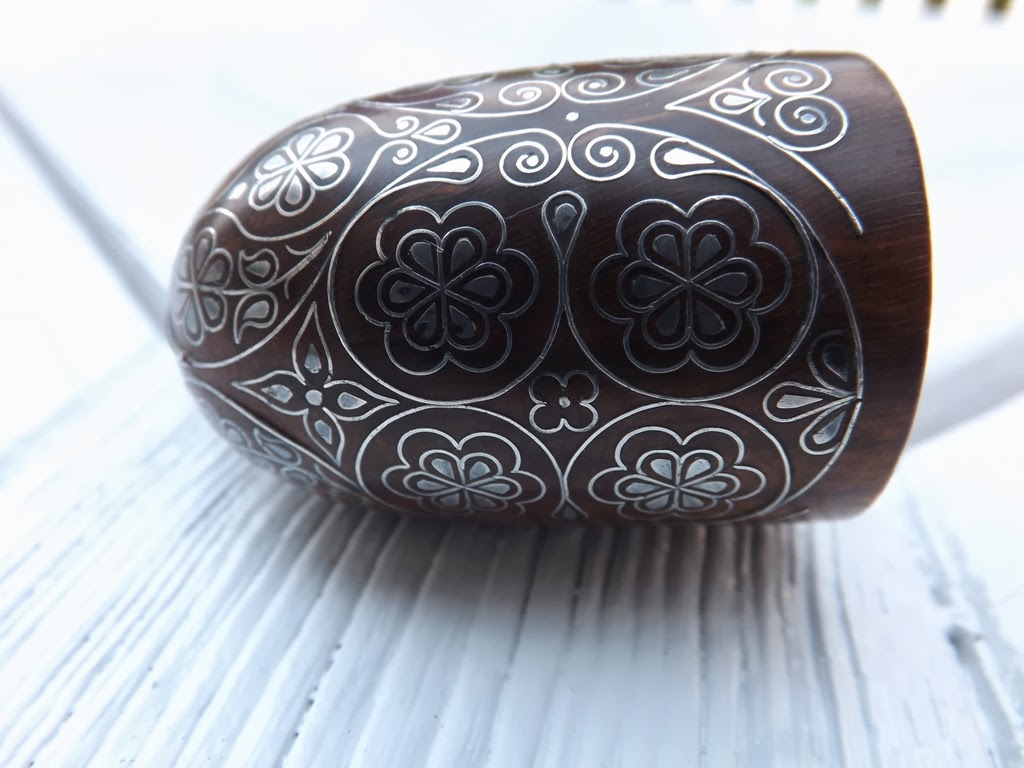 Had to take this pipe out on the balcony in daylight... 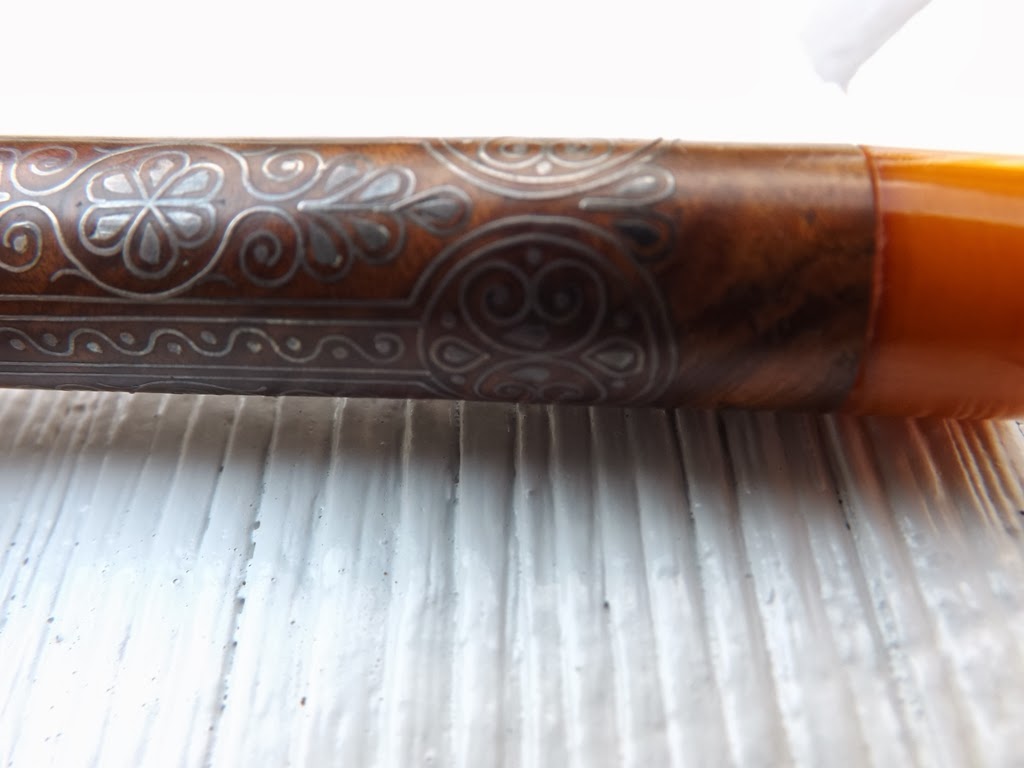 Incredible detail all the way! No wonder that a FB Fan Page is called: Tobacco Pipe Artistory!

This is the  Meerschaum Cheroot, sigar holder, also from husband Pieter's Dad.
A real piece of ART! This is made out of Meerschaum (German) or Sea Foam in English. Click on link for interesting info in English with photos about these most refined and skilful pieces of labor with exact details. After World War I, cigar holders were no longer used so that shows that this must be an antique piece as well.

The appearance of the Falcon pipe with its white aluminium stem, dark bowl and black mouthpiece was for the 1950's a most modern experience.
Read more about it here: The revolution of the system pipe 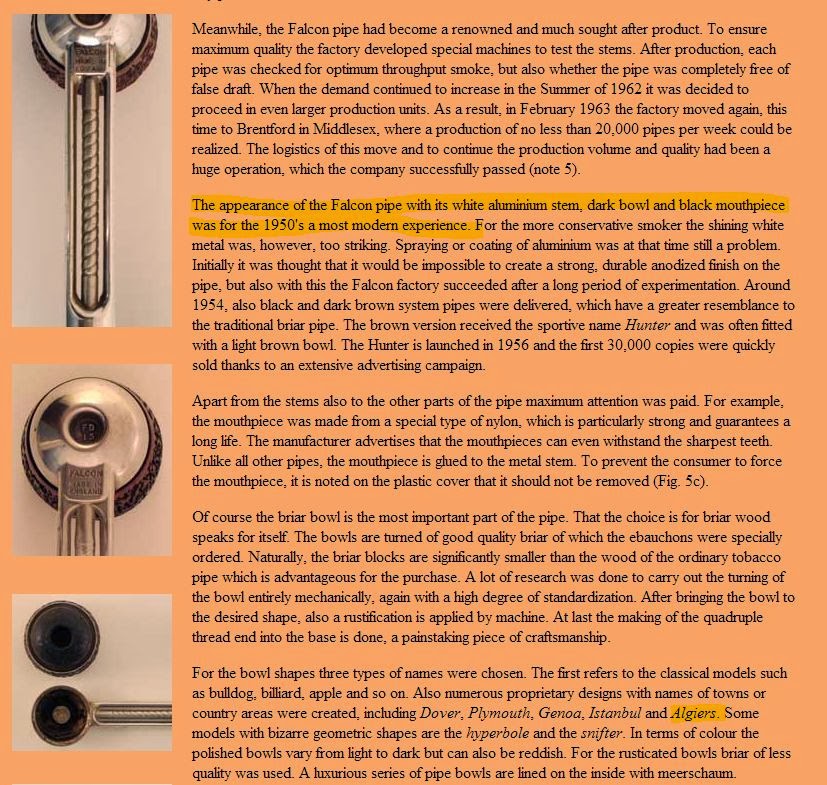 Big Ben Leather covered pipe and Meerschaum lined.
In order to smoke a pipe, you of course do need special Tobacco.
Pieter still keeps two tins from 35 years ago!
One he received from his daughter Liz for Saint Nicholas... 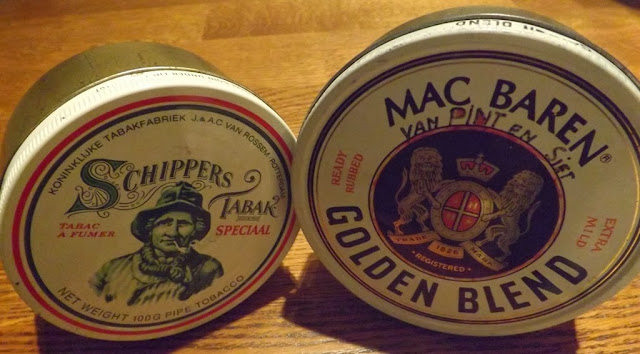 Liz wrote in reverse: Van (from) Pint en (and) Siet instead of Sint en Piet...
Do you still own such vintage and antique Pipes or tobacco tins?