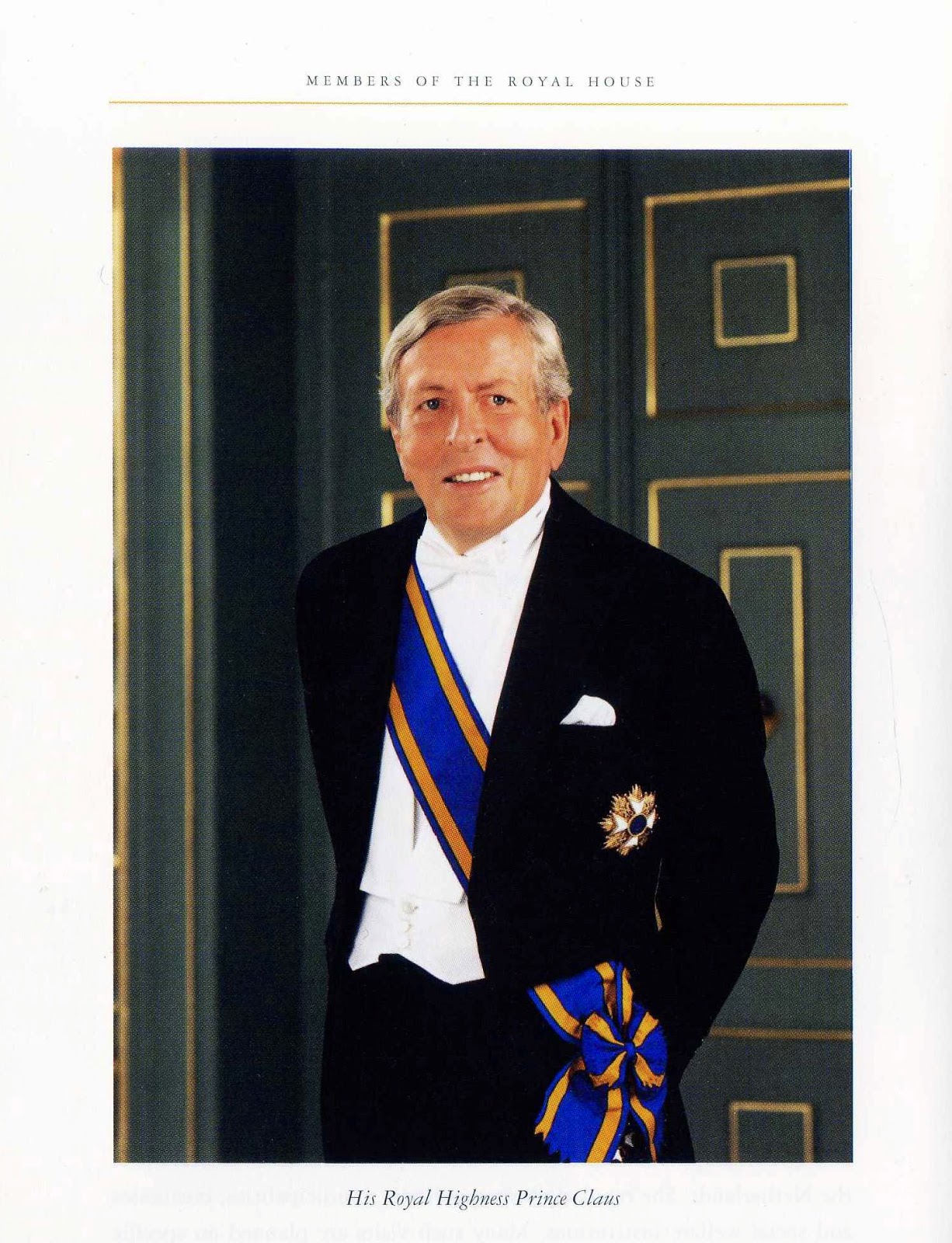 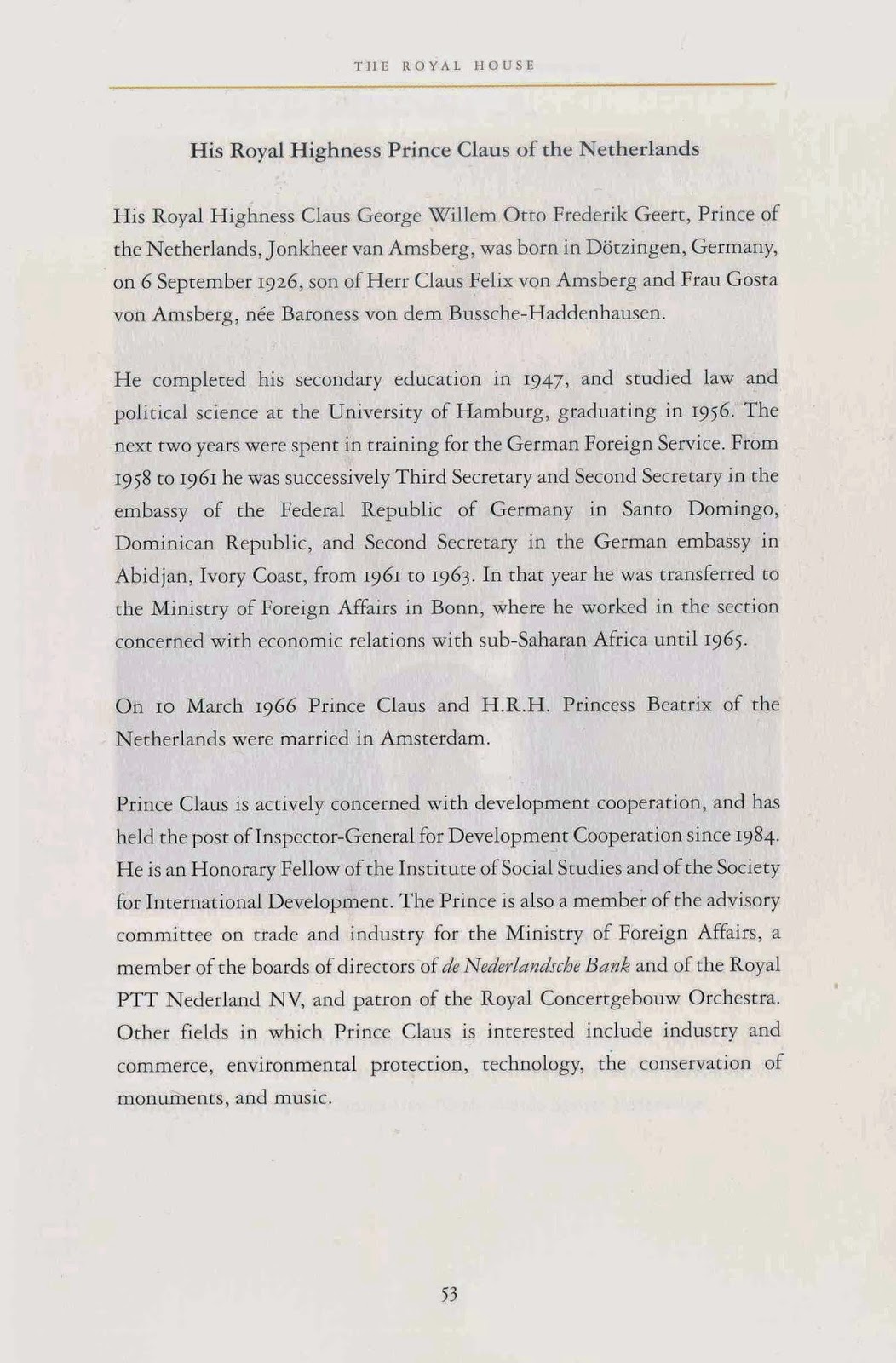 Page 53 of the book: The Royal House
Prince Claus 1926-2002 was also a Diplomat in the Dominican Republic for 3 years. 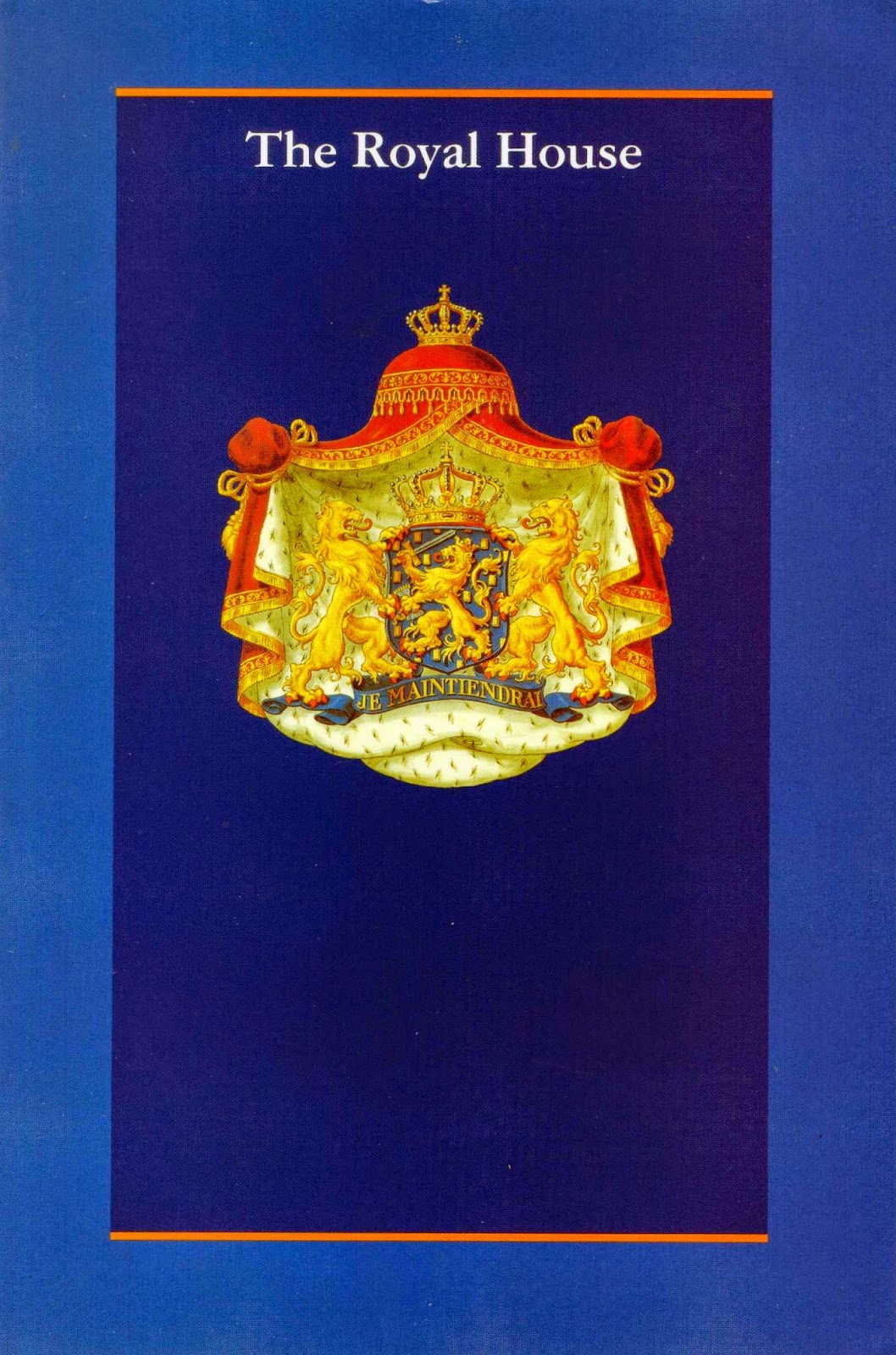 The Kingdom of The Netherlands... 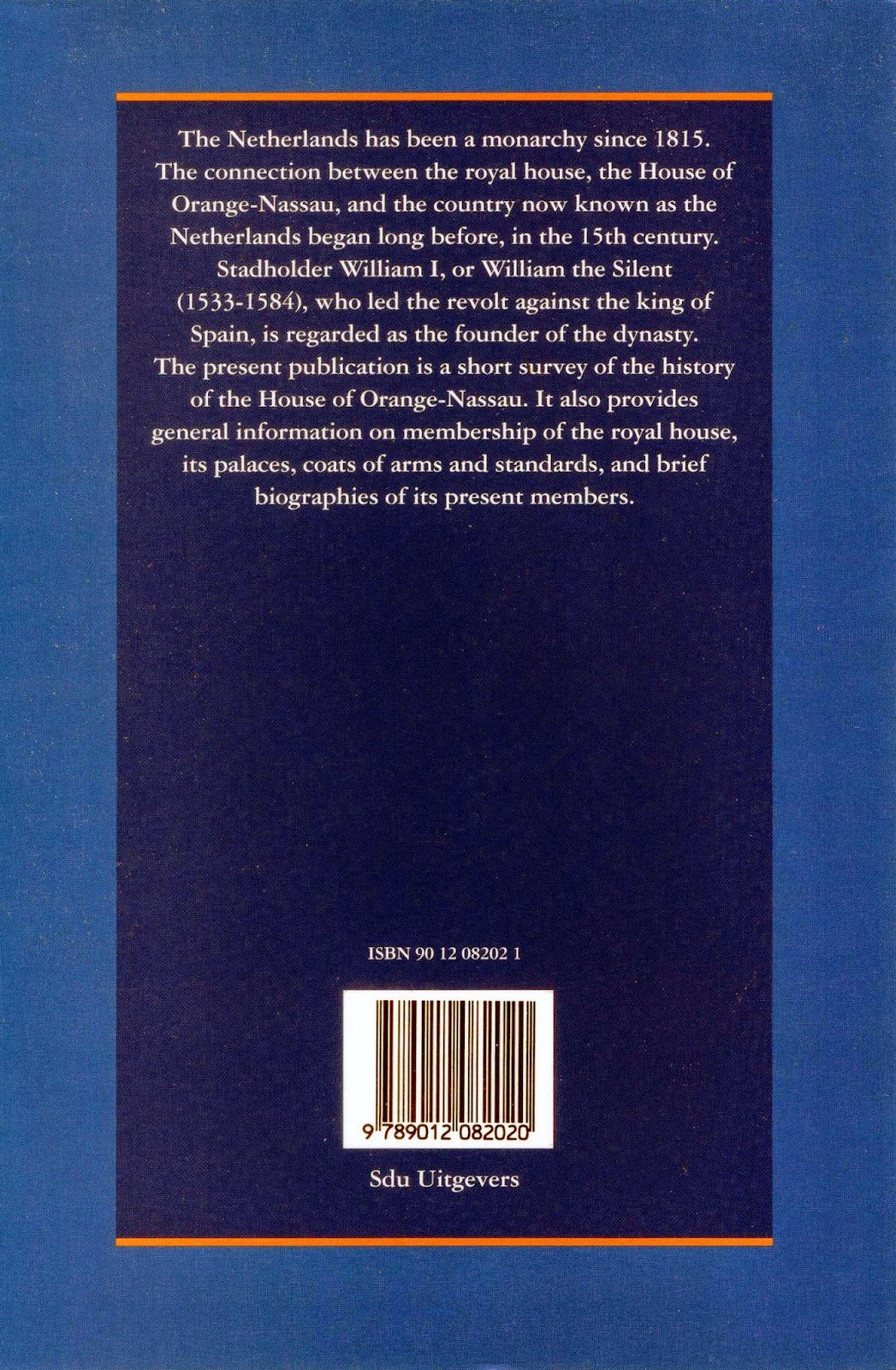 The Royal House is a book that we received from the Dutch Consulate General in Houston, TX for use at local schools when we had to do programs about our birth country.
It is published by the Ministry of Foreign Affairs, The Hague 1996
Available at Amazon: The Royal House: Kingdom of the Netherlands ←click it. 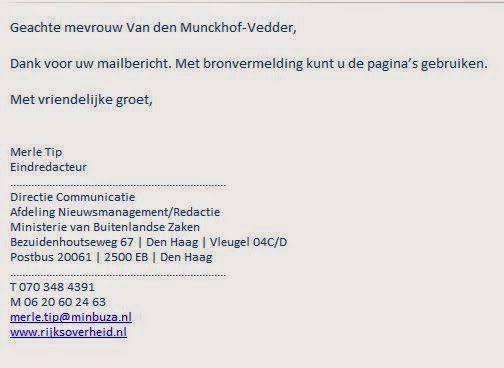 On September 25, 2014, I received permission, shown above... translated below in English.
Dear Mrs. Van den Munckhof-Vedder,
Thanks for your mail message. As long as the source is mentioned, you can use the pages.
With kind regards,
Merle Tip
Editor in Chief 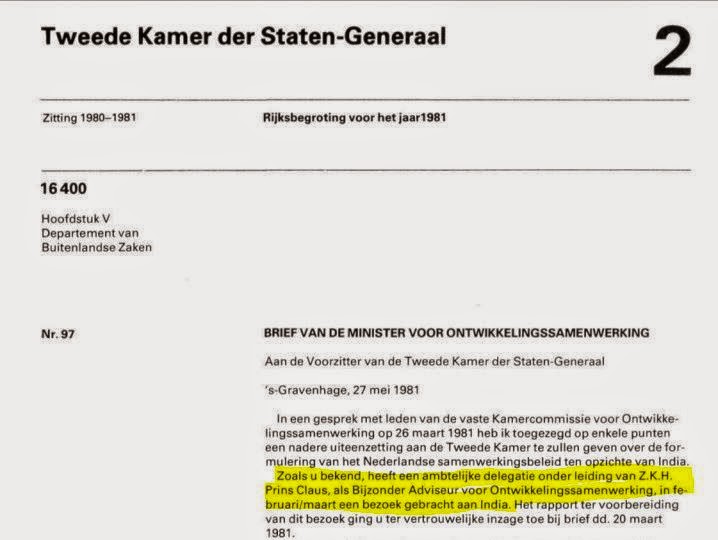 Clausgate
In early 1981, Claus went as officer of the Ministry for Development Cooperation to India, as the leader of a delegation who was going to speak about Dutch development projects. 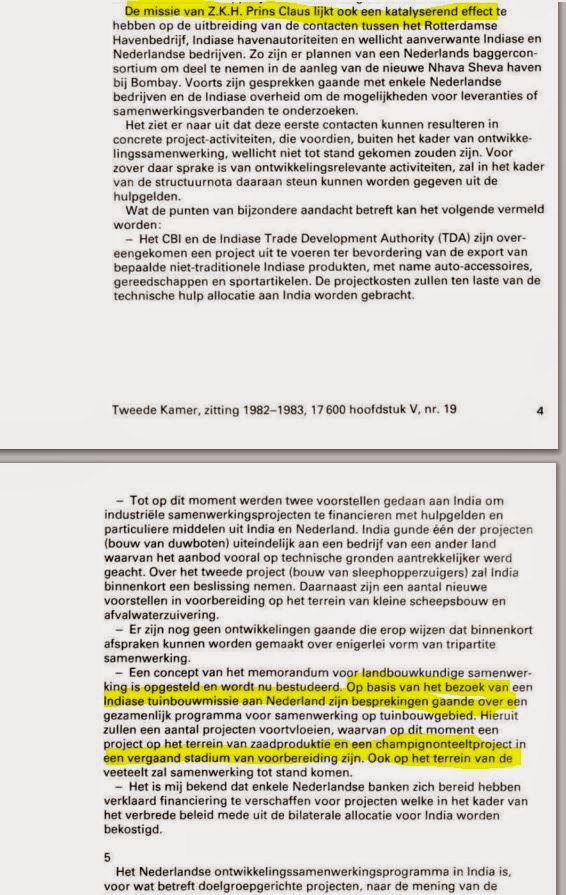 Tweede Kamer der Staten-Generaal pages 4 and 5
Based on the visit of an Indian horticulture mission to the Netherlands, discussions are going on about a joint program for cooperation in horticultural areas. This will result in a number of projects, of which currently a project in the area of seed production and a mushroom cultivation project is in an advanced stage of preparation. Also in the field of animal husbandry cooperation will come into being.
~
So now I finally can start with the story about my husband Pieter's trip to India, for the Dutch Government, following the Mission of H.R.H. Prince Claus in 1981.
On September 9, it was exactly 45 years ago that in The Netherlands the 1st and ONLY practical Training College for Mushroom Growing in the world, had its official Grand Opening by the Ministry of Agriculture and Fishery, a branch of the Dutch Government. My husband Pieter founded it and he was the Principal and one of the active Teachers for decades until he became Vice President Training & Development for Campbell Soup Company in charge of their Mushroom Division in the USA, Canada and Australia.
Stay tuned for the story of the actual trip to India...
A trip that greatly impacted both of our lives!

Posted by Mariette VandenMunckhof-Vedder at 6:30 PM