Our Curaçao dream vacation at the then Hyatt Regency and now: Santa Barbara Plantation ←(click it) in the Caribbean, gave us great joy for the 8 nights spent. Curaçao is also a UNESCO World Heritage site. Let me show you today something more from the island Curaçao, from the day that we went to the capital city of Willemstad. Bon Bini (Welcome) to Punda, the fascinating and picturesque oldest part of Willemstad, with its tall Old-Dutch style warehouses along the Handelskade, is often called the 'Amsterdam of the tropics'. 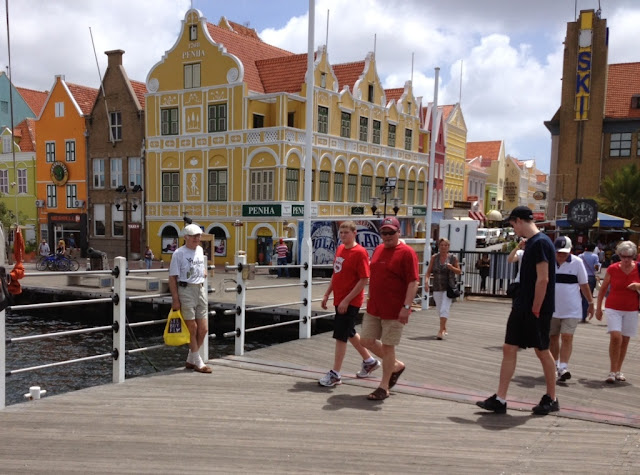 The Penha Building ←(click it) on Heerenstraat 1, Punda, is a typical baroque architecture with its characteristic 18th century gables. 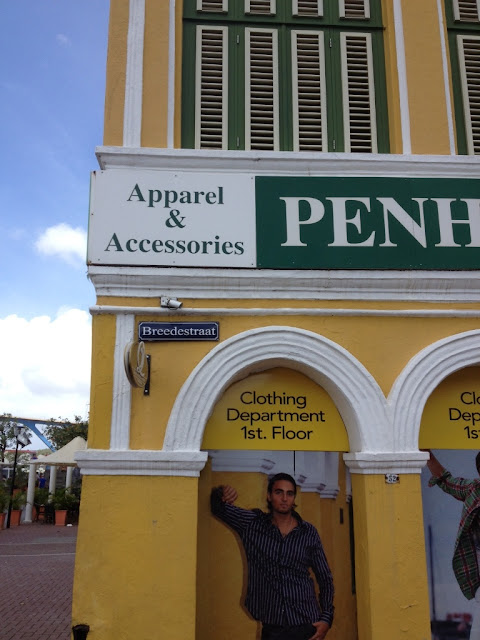 In particular, the Breedestraat is worth mentioning. In common with New Amsterdam, now New York, the so-called 'breede straat' (Broadway) originally formed the boundary between the fort, built in 1635, and the town behind it. See this informative video about the Caribbean paradise island Curaçao ←click it. 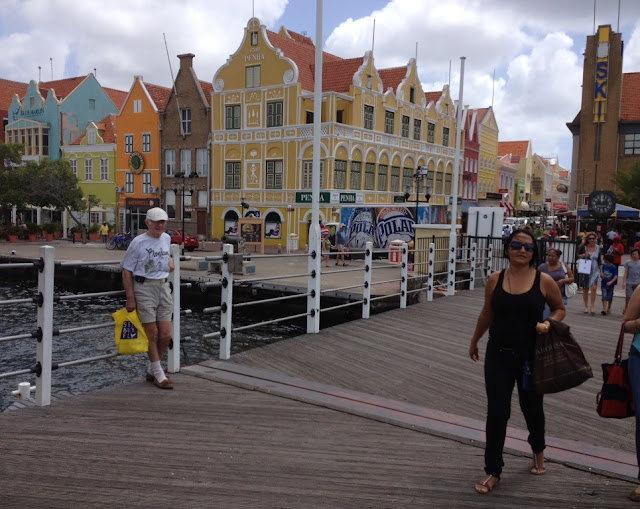 Pieter, left, is on the Queen Emma Bridge that connects Otrobanda and Punda over the St. Anna Bay. This characteristic bridge is the only floating pontoon bridge in the world! We were lucky enough for seeing it open up and videotaped it. Impressive. During that time, pedestrians can use the ferry till the large sea vessels have passed by and the bridge closes again. 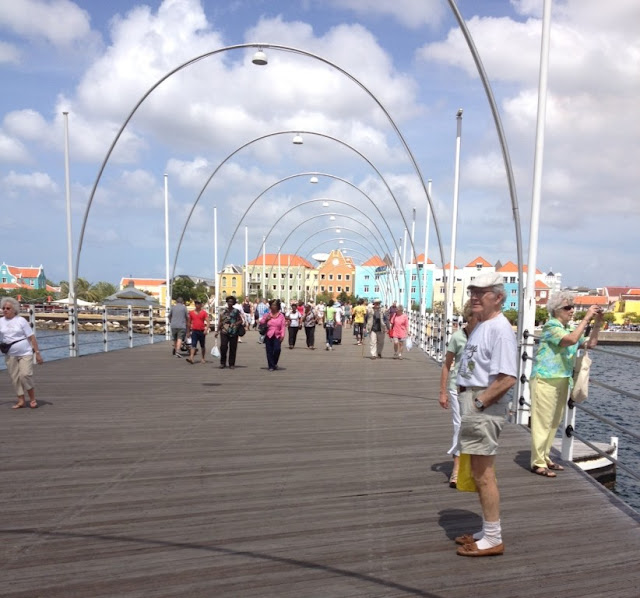 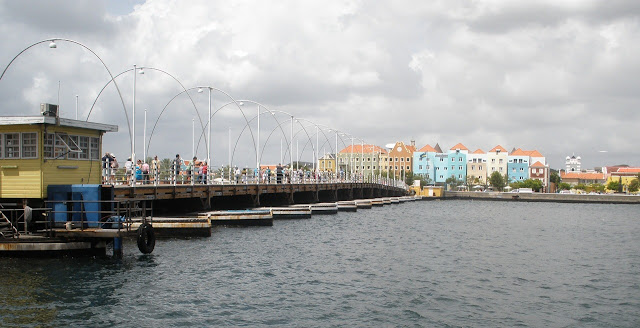 This gives you a good idea of the pontoon bridge with Otrobanda in the back. 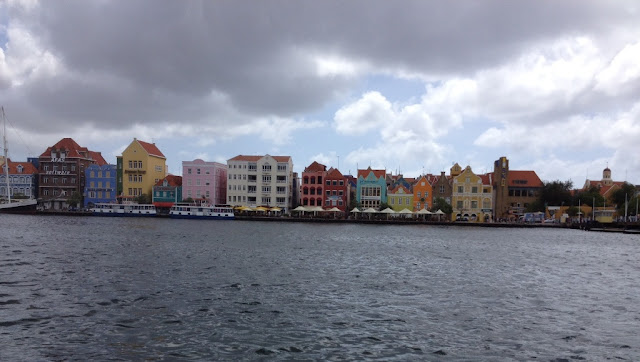 Now we're on the other side and looking from Otrobanda towards Punda, which is the oldest part of Willemstad.
What a colorful buildings... 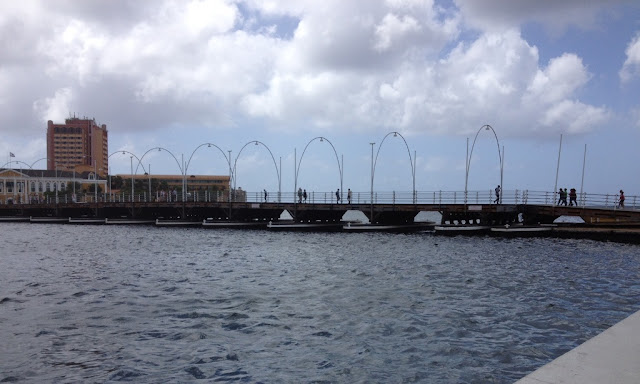 View more to the right at Punda with the Governor's Palace ←click it. 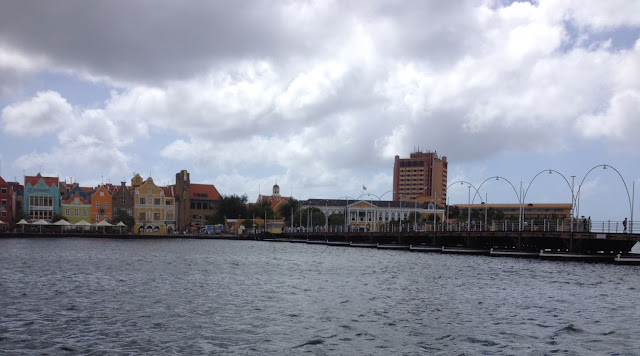 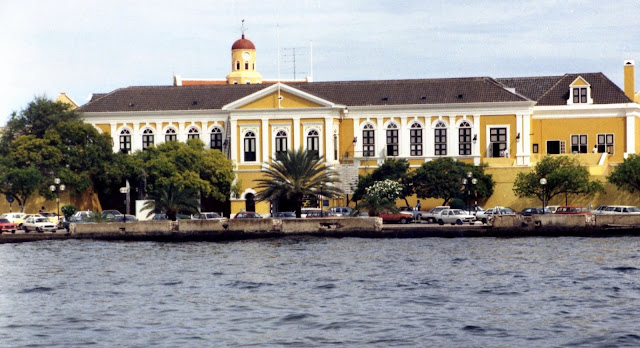 Full view of the Governor's Palace. 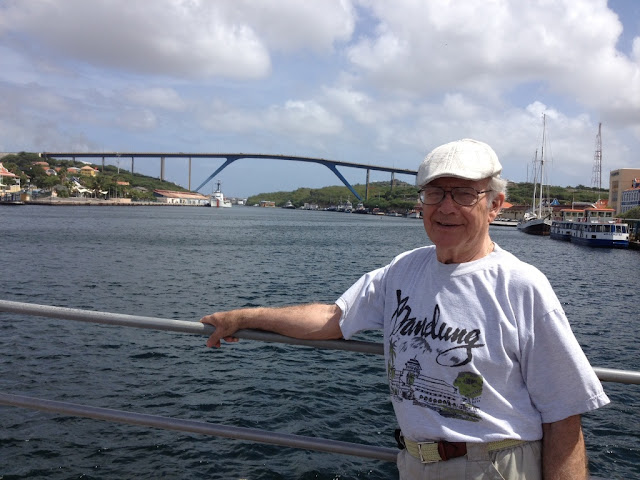 Behind Pieter you see the tall Juliana bridge where sea vessels can pass through, to the deep water harbor where also the Shell Oil Refinery is located. 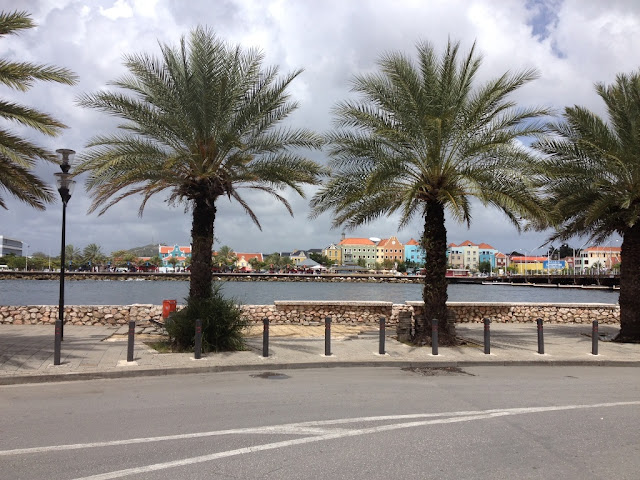 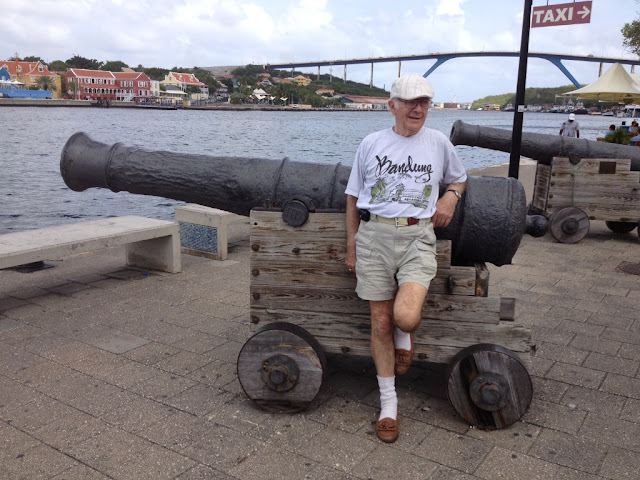 No, it's not the taxi... you will not travel on a cannon ball to the moon like Jules Verne...!

That's me in front of a special  19th century architectural building at the Molenplein z/n Otrobanda ←click it. 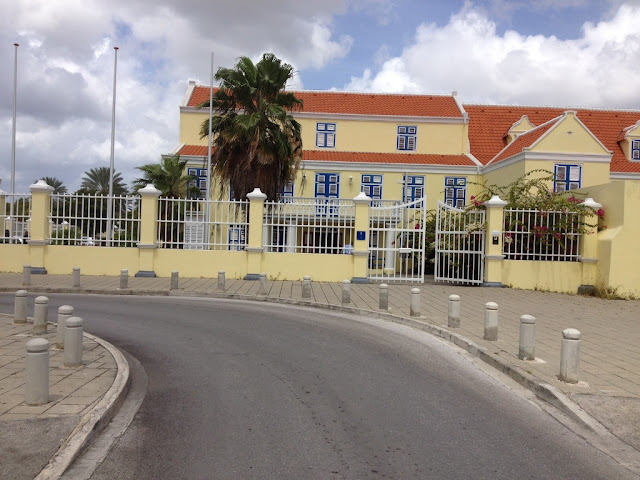 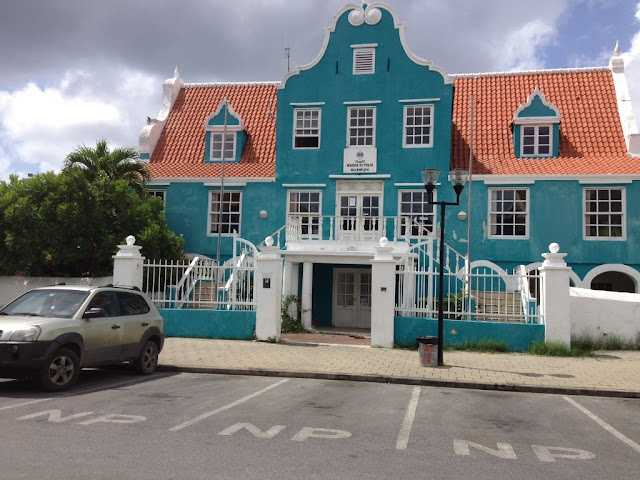 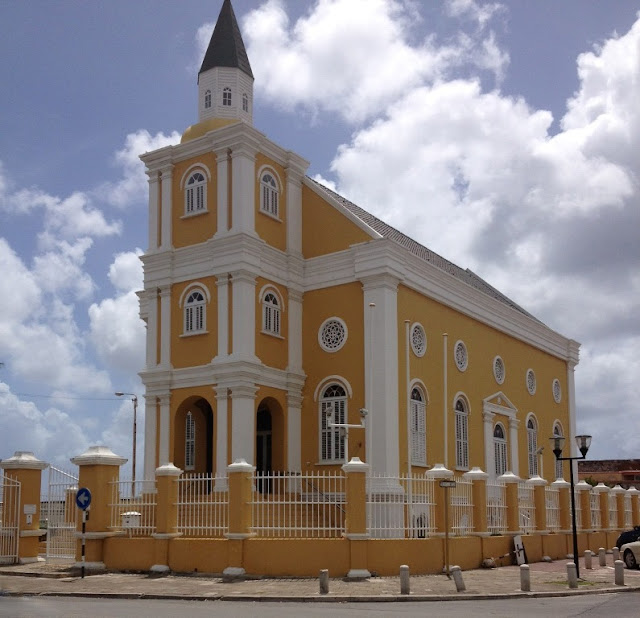 Hendrikplein z/n De Tempel in Punda. I loved this building with its warm oker yellow and cream color! 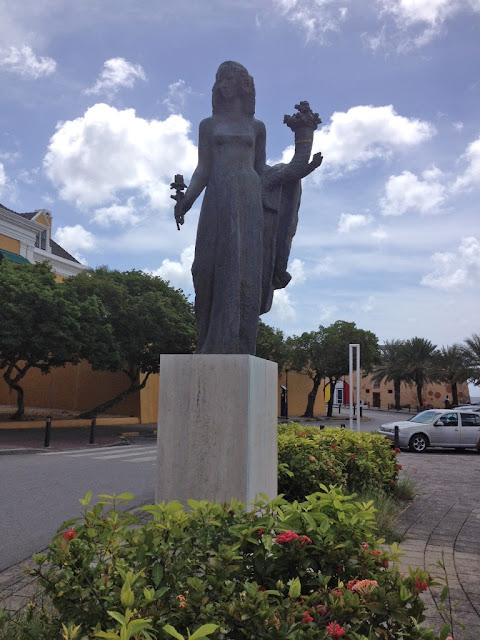 A statue of a lady holding a ROSE!
To the left you can see part of the Governor's Palace.
I don't know its meaning, wish some local from Curaçao would fill me in here... 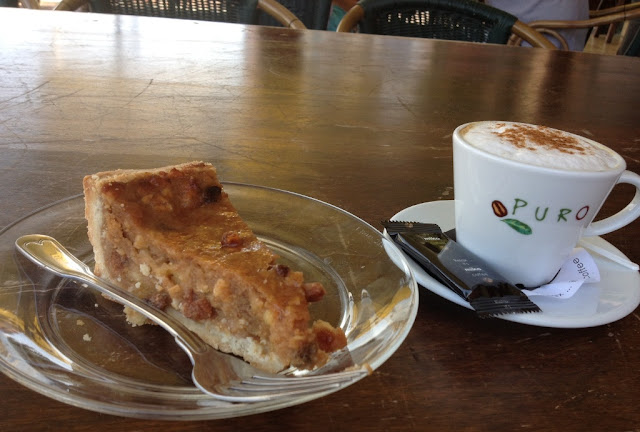 Time for having a cappuccino with some Dutch apple tart. It was not too sweet and with cinnamon, a healthy spice. 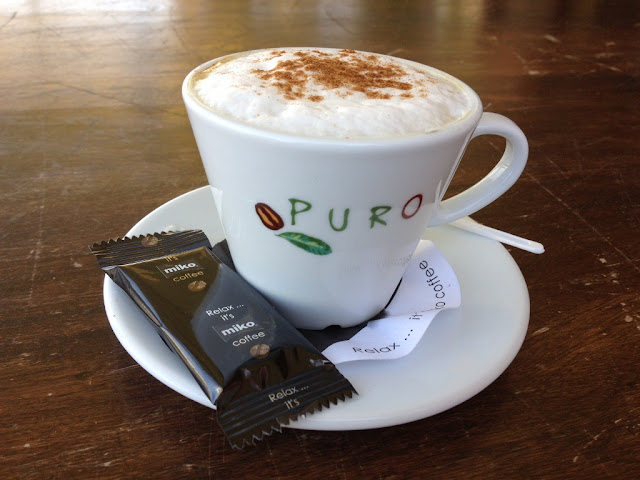 Hope you enjoyed this impression of Curaçao!
We will be back, for me a third time and for Pieter a fifth time.
Pieter's daughter Liz went with him twice before and it would be great if she and Hans could join us...
So many fond memories.

Posted by Mariette VandenMunckhof-Vedder at 7:30 PM