My 'Cute Ute' has another birthday! You can find a link below photos, about last year's post with lots of info and photos. But today 'Ravy', my Toyota RAV4 turned 15! Still love him and keep him. Such a loyal Mini SUV, so why ditch him? As written about in a magazine in 1998, for being a small, spunky, head-turner - to me that's still valid. The New Car Test Drive in 1996 called it: The new king of the minis. It's a shame that they discontinued making the 2-door since 2000. Even now, with high gas prices it would be even more relevant for having a car with such good fuel economy.
The Chicago Sun Times wrote: Toyota's new, hot-selling RAV4 small sport/utility vehicle is terribly cute, practical and more affordable than larger sport/utilities. AMEN to that! 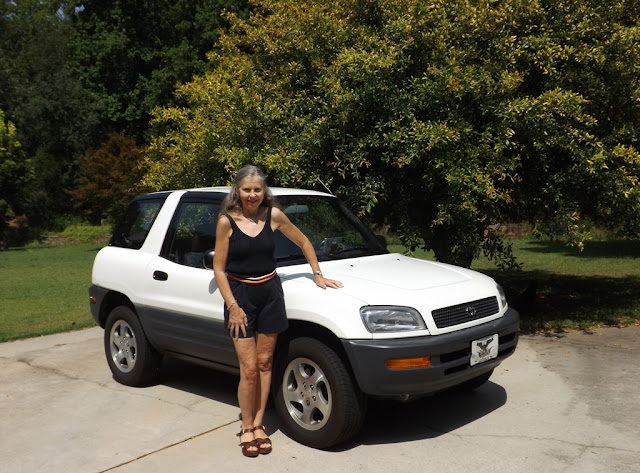 Ravy looks still cute and is in excellent condition. Always being loved, even though he worked hard for us... When this 2-door launched, it became hugely popular in France.

That's me on July 13, 1997 after Ravy's first 1,000 miles. This is at the Philadelphia Franklin Mill's Outlet Mall. We parked, and funny enough, there were two RAV4 4-doors parked as well; Ravy's big brothers...

Here we are at the Delaware river in Philadelphia, with the Benjamin Franklin bridge in the back. 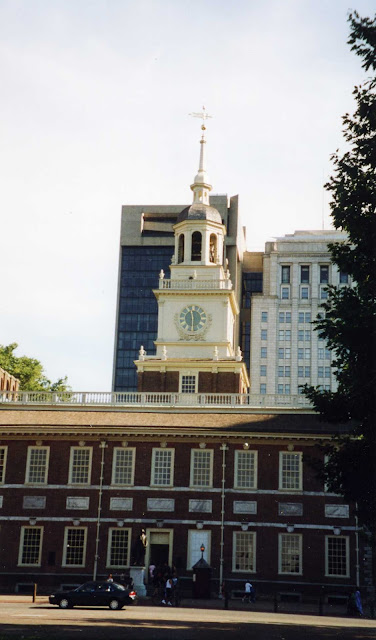 Ravy did bring us all the way to Pennsylvania, from Georgia, to visit also Independence Hall in Philadelphia. Our second visit, but now as Americans and it meant a lot.
Visiting the birthplace of the Declaration of Independence and the Constitution. 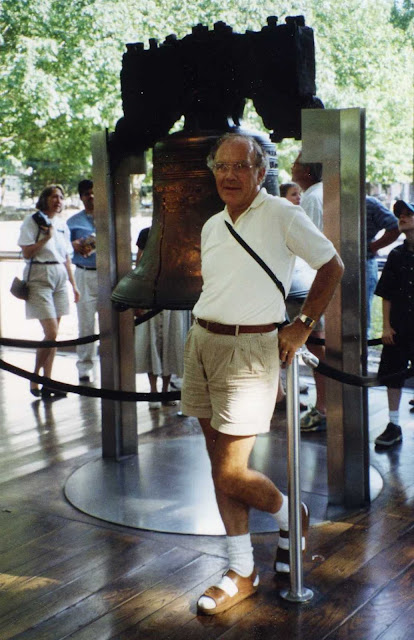 Pieter in front of the Liberty Bell... 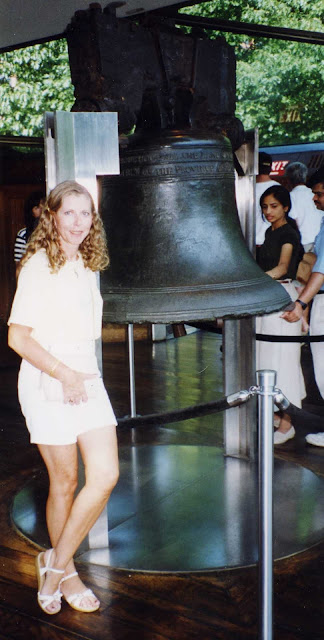 Me in front of the Liberty Bell... 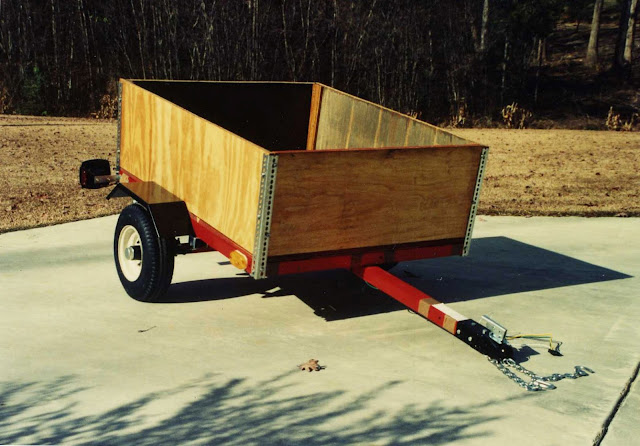 Oh, Ravy hauled many a load with this cute trailer that Pieter himself has put together. He ordered it from Northern Tool + Equipment and added the upper part himself. 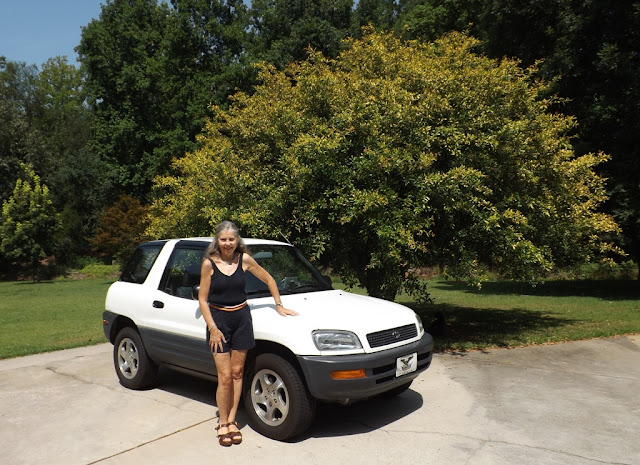 I still love Ravy today...  together we age!

Posted by Mariette VandenMunckhof-Vedder at 7:37 PM